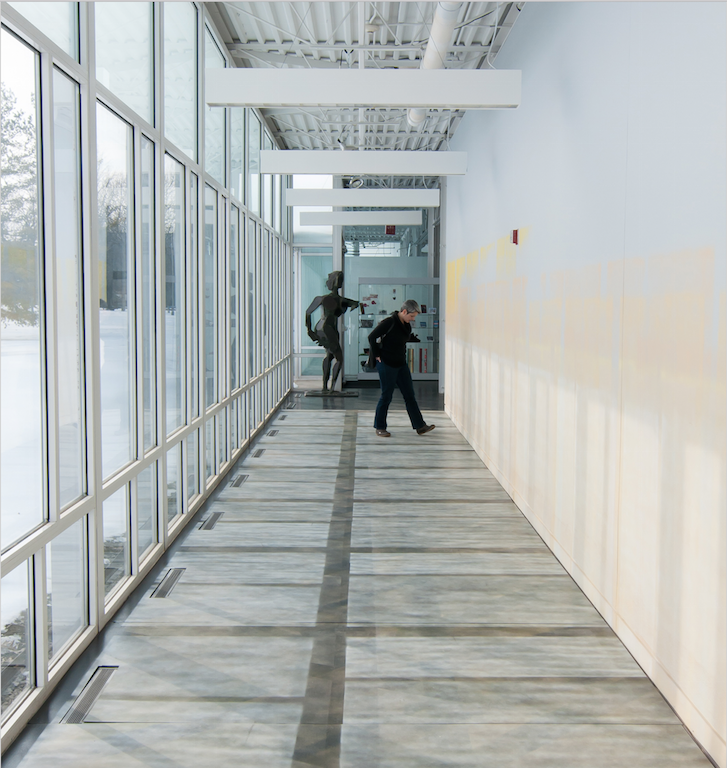 When I walk into Pret A Manger, Paola Cabal is already there waiting, forehead furrowed as she scrolls through image files on her laptop. Paola is punctual — an anomaly among my artist friends and colleagues. For once, I am on time, and for this I am rewarded by a startled look of delight when I say her name.

Paola gets up to hug me and I note, as always, the physical paradoxes this artist presents. Her features are as delicate as her frame is stout. The totality of early silver in her mop of hair contradicts the youthfulness of her face. These contradictions at her surface strike me as metaphors for the nuanced intellectual landscape of this artist and educator: wise yet playful, refined in her sensibilities while driven as a workhorse. Paola is forever coming off one project to work on another, even while teaching multiple classes at the School of the Art Institute (SAIC) and DePaul University.

I once offered to help Paola prepare multiple four-by-seven foot plywood panels for a daylight installation in the Elmhurst Art Museum that recreated sunlight cast through the museum’s windows at eight overlapping times of the day. After hours of lifting, moving, and varnishing the painted panels with large extension rollers, I was stiff and spent. Paola had been working on the project alone for two weeks straight, pausing only when exhausted, allowing herself to sleep for an hour on a yoga mat in her studio before throwing her body back into her work.

Paola, who was born in Colombia, describes herself as “working in light,” using daylight, shadow, transparency, moonlight, street light (and, at times, photography) as her medium. There is a consistent attempt to capture the ephemeral, the fleeting, within moments of permanence. She uses the word apprehend a lot, which makes me imagine light as an elusive bandit, guilty of constant change, needing to be caught and held in place for the good of all. I ask her what she has been up to lately.

“I’m interested in how physics describes and uses light — how light is still intrinsically mysterious,” Paola said. “Even science can’t totally apprehend it. It’s a particle and a wave. It’s both or it’s neither.”

Paola recently co-curated a show of student and faculty work at the SAIC’s Sullivan Galleries called “Articulating Time and Space.” The intent of the show, which evolved out of a class Paola teaches with astrophysicist Kathryn Schaffer, was to translate various aspects of space-time to the viewer through art

I ask her if it’s accurate to say she’s interested in translating light?

“Maybe. After all, when teaching drawing, we refer to drawing as a ‘translation.’” Paola says she wants to pin it down for a moment, apprehend it. “Sound travels through a medium—water or air — but light … just travels.”

What drives her to try to apprehend light and establish moments of permanence?

“I’m hugely change-averse. I’m slow — at everything. My work is labor-intensive … tedious, long and slow. The pace of change makes me anxious.”

Paola came to the U.S. when she was three years old, and though she visited relatives in her country of origin during the summers, she did not return to live until she was 21.  She stayed in Colombia for three years out of a desire “to locate [herself] within the art history continuum.”

Ultimately, however, Paola says her values were “a square peg in a round hole” within Colombia.

“[The years from] 1998 to 2001 were a tumultuous time,” she said. “Andres Pastrana was in power; there was a civil war happening between the [Revolutionary Armed Forces of Colombia]; the government and the paramilitaries … I felt like what art is and does is irrelevant, that making work from a position in which you imagine you’re leaving something for posterity is a privileged position to make work from — and everything changes, anyway. It’s anxiety-producing and liberating at the same time, because when you think, ‘Is that thing I made shitty?’, it’s okay, because it doesn’t matter. Everything is going to change, regardless. The one thing that stands when everything else is up for grabs is change.”

I ask how she prefers to be identified as an artist. “There’s an Iñigo Manglano Ovalle piece at the [Museum of Contemporary Art]. His label says, ‘American (b. 1961, Spain).’ That really resonated with me. I am ‘Paola Cabal, American, born 1976, Colombia.’”

Paola once explained to me that she dives into her projects and just starts making, fearing that if she tries to map out the most efficient process in advance, she might become overwhelmed and not make the work at all. Inefficiencies make her projects more labor-intensive as she encounters obstacles that force her to backtrack and work around challenges as each installation takes shape. But this is her process; without it, the work wouldn’t get made at all. I ask her how she does it on so little sleep.

“It’s not healthy or sustainable, but it’s only once or twice a year that I don’t get any real sleep for three or four weeks,” she paused.”I’m forever feeling I need to be more organized and delegate. Then again, when studying light, there’s only so much accurate planning that can happen in advance. I just have to do it.”

It seems ironic that an artist so easily overwhelmed at the thought of time-management is passionate about punctuality. Does she take delight in the simplicity of managing a singular detail of time? Paola points to an image of a painted chiffon curtain on her laptop screen.

“There is an irony to light and transparency.Where transparency appears darkest is where you can see the most, and where it’s lightest, it’s the most obscured.” 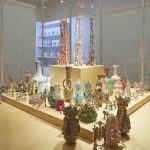 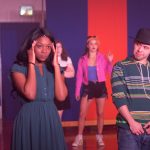