This Friday, Commune With The Devil: ‘Satanic Panic’ Comes To MacLean Ballroom

If you’re looking for something to do this weekend, check out Satanic Panic in the MacLean Ballroom on Friday night. The immersive art experience may help you see the black light. 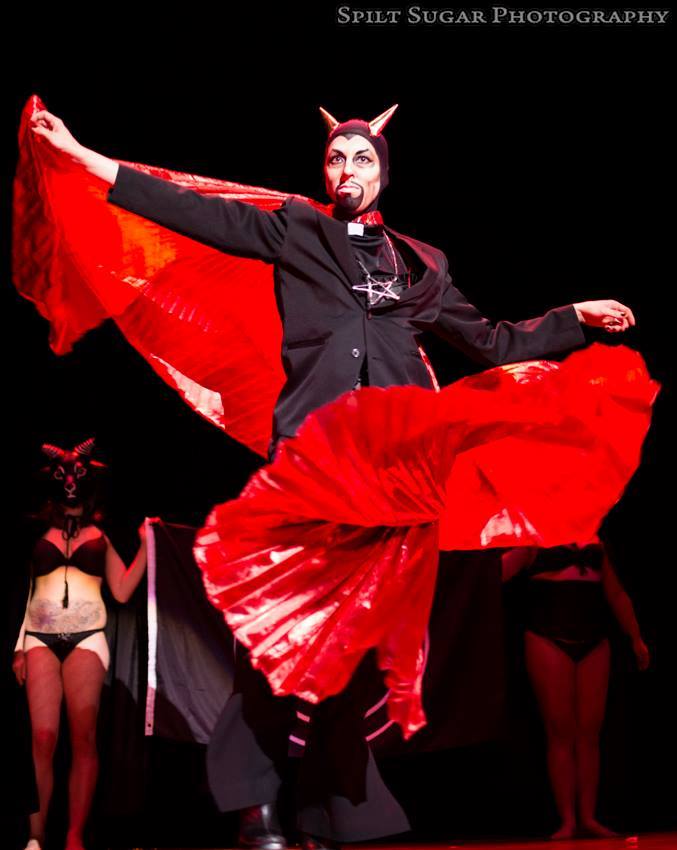 A spooky burlesque teaser from a Satanic Panic performer at a previous event. (Photograph courtesy of Split Sugar Photography)

The MacLean Ballroom on Michigan Avenue is a hot spot for many different events: weddings, freshman orientations, lectures on quantum theory, etc. The lush ballroom’s interior is reminiscent of the 1920s, when it was originally constructed. But this Friday, March 24, guests will ascend the red carpeted staircase, sign their names into The Book of Death, and walk into hell itself.

That’s right: This weekend, instead of studying in MacLean, the building School of the Art Institute of Chicago (SAIC) students know so well, you can spend time in the ballroom during the immersive demonic carnival and burlesque show known as Satanic Panic. Be led through a presentation on the “Dangers of Satanism” by the infamous talk show host Gerald Rivers (a spoof on Geraldo Rivera), watch a burlesque performance, join in on a game of Dungeons & Dragons, or contact dead loved ones via Ouija board, all while exploring the cultural satanic frenzy of the 1980s and 1990s.

“There was a big occult revival in the ’60s where everybody was experimenting with religion and drugs and you know everybody was very free and open and experimenting;  [then] the Manson murders that put a total stop to all of that and ushered us into this new era of moral panic,” said Michelle Maynard, one of the evil masterminds behind Satanic Panic and an SAIC alumnus. Maynard currently serves as administrative director of the Fashion department and is the performance artist behind Red Rum Burlesque.

“Any time there is a shift or a cultural change, there’s always going to be a moral panic that tries to pull it back,” she said. “At the center of it all, people love to blame it on the devil. They say, ‘It’s gotta be the devil doing it,’ but maybe man is just awful.”

Maynard said that making entertaining, conceptual art like Satanic Panic event is one of her favorite challenges.

“Ultimately my goal is to find a way to join these two worlds: the art side of my life and the nightlife part of my life,” she said.

Maynard’s previous venture was a company called Death by Design. Clients would choose a death off a menu that they would experience in front of the camera — then they would receive five minutes of DVD footage documenting their own death.

Eventually, Maynard became interested in sideshow and burlesque, and the narrative opportunities that they provides as performances. Eventually, she formed her burlesque identity, “Red Rum,” as the antithesis of more easily consumed burlesque aesthetics; the added gore element created a blend of attraction and repulsion. Similarly, the Satanic Panic event aims to test the same boundaries throughout the night.

“[I want to] take the things that I’m most afraid of — death, serial killers — and be them, as a way of taking ownership of fear,” said Maynard.

From the moment you enter the door at Satanic Panic, you’ll be completely immersed in the “The devil made me do it” frenzy of years gone by — and you can shop, too.

Toxie’s Treasures is one of the vendors that will be providing merchandise for sale — including “many instruments of divination” — to Panic guests. Ellie Cann runs the Toxie’s Treasures online shop and hopes that the event opens people’s minds, even as they see the irony in the whole thing.

“[The event] is about the frenzy that fear of satanism causes,” Cann said, “but it’s more about the new concept of a show and performance art. It would be nice to see this encourage people to explore different versions of that.”

For Cann, whose shop sells all manner of bedazzled items, this kind of event can help bring people out of their respective shells. “Things like Dungeons & Dragons and ‘Harry Potter’ encourage people who feel out of place and teach confidence and self-worth — I think that’s what [Satanic Panic] hopes to accomplish.”

Ray Gunn, a performer in this weekend’s show, describes his performance aesthetic as, “a little avant guard, with some acrobatics — and a strong, healthy dose of sex.”

“I’m going to be tackling a little bit of voodoo and zombies in particular, so that’s kind of the direction I’m going in,” Gunn said. “My act is heavily inspired by the movie ‘The Serpent and the Rainbow.’”

Gunn says that he likes to challenge an audience’s perception of what defines a burlesque performance; he says the 2010 movie “Burlesque,” a widely panned feature film starring Cher and Christina Aguilera, didn’t help the cause.

“I think people have tons of preconceived notions about burlesque and I think that movies like ‘Burlesque’ didn’t do us any justice. [Burlesque performance] is really not like that, but the perception is that it’s what you would see in a strip club,” Gunn said. “Though they are very much related, the intentions are a lot different. Burlesque has a different feel. People tend to just assume, ‘Oh, they’re taking their clothes off so they’re just strippers,’ and that’s it.”

Gunn’s male gender (literally) plays a role in his work, too.

“Being a male burlesque performer, there are a lot of preconceived notions as to what that means. You know [people think] either, ‘Oh, does that mean you do drag?’ Well, no.  There are some performers that do, but that’s not my aesthetic. That seems to be a hard thing for people to swallow. They kind of look at you like they’re meeting an alien species for the first time.”

In this weekend’s piece, Gunn said he’ll be exploring what a “tease” is by “taking on the concept of the removal.” The piece represents new ground for him as a performer, too: “With this act, I’m physically challenging myself.”

For Gunn, Maynard, and the dozens of other people involved in getting the Satanic Panic event off the ground this weekend, the goal is clear: Blow people’s minds. As Maynard put it:

“My goal is that the audience comes in, they have no idea what they’re looking at, and then they go away with their minds blown and their perceptions expanded.”

event, immersive art, performance, what to do this weekend 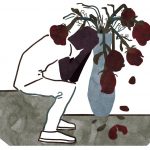 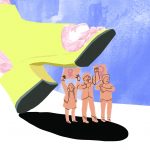