Now that Republican’s run the US government, the Affordable Care Act is on seriously thin ice. What does that mean if you’re an art school student?

Since the moment the Affordable Care Act (ACA) was ratified, conservatives have vowed to repeal it. All they needed was a Republican president in the White House, and they’d have their moment. Regardless of ideological evidence that may point to the contrary, that moment has arrived.

Despite recent changes in tone and language, beneficiaries should prepare to deal with ACA’s hypothetical absence. Citizens under 26 who are covered under their parent’s plans, citizens with preexisting conditions, Medicare beneficiaries, and citizens receiving government subsidies are all in limbo as the law informally known as Obamacare is being contemplated. It is being contemplated, mind you, by a Congress with enough votes to alter the insurance landscape however it sees fit.

This is especially relevant to students at the School of the Art Institute of Chicago (SAIC) — a large portion of whom fall into the under-26 category. SAIC charges $950 a semester for its own health insurance plan and allows students to opt out if they already have coverage. (Speaking from personal experience, this can save students hundreds of dollars a year.)

Thinking about the reality of an Obamacare-less world leads to several questions. Suppose you’ve never had to use SAIC’s insurance due to ACA benefits. What does it actually offer you? Another law stipulating that citizens buy insurance or pay a penalty for noncompliance would also be nullified. If estimates of the effects of a marketplace disruption bear themselves out, spikes in insurance premiums will almost certainly cause many citizens to forego purchasing insurance. Fortunately, the city of Chicago has a free hospital and clinic system to be envied, but it is nonetheless difficult to navigate.

So, in the spirit of preparing for the worst, here is a brief guide to the SAIC / Chicago healthcare landscape.

SAIC’s plan is provided by Christie’s, a Massachusetts-based healthcare firm that specifically provides insurance packages to colleges and universities. The Bay State, you might recall, legislated an insurance mandate back in 2006 under then-governor Mitt Romney. The ACA is partially based on the Massachusetts model.

Under the current laws, the plan is pretty generous: It allows you to go out-of-network and still get 60 percent of what it deems “reasonable charges” covered. (Though, with 80 percent covered in-network, it’s probably best not to tempt fate.) It essentially follows this model throughout the plan’s categories, though copays vary considerably ($30 for urgent care; $100 for inpatient; $300 for emergency room visits waived if you’re admitted). Generic drugs are $15. Routine physicals are on the house. If the ACA is repealed, you could do a lot worse.

Where the absence of ACA stipulations would be most felt is with regards to women’s health issues. Under ACA, prenatal and postnatal care, pap smears, and mammograms are 100 percent covered. Elective abortions are covered up to 80 percent. The fact that both preventative care and contraceptive services are mandated is one of the ACA’s most far-reaching impacts. Routine checkups help identify illnesses early and reduce the cost of dealing with serious ailments. Contraceptive coverage up to the abortive stage ensures that women have control over their lives financially; and physically, in the event of serious pregnancy complications.

Still, the plan isn’t perfect. Many ACA plans offer what’s called comprehensive care, which covers the barebones of dental and vision services. SAIC covers routine dental — one exam and cleaning per six-month period. Dental injury is covered up to 80 percent. Vision isn’t covered at all.

There’s also the issue of $100 copays per admission for inpatient substance abuse and mental health services. The ACA is designed to financially incentivize wellness by having the healthy buy insurance. The implication is that people without illnesses will subsidize the sick — who act as a safety net for the healthy, thanks to laws that cover preexisting conditions. In this context, the fact that recovering drug addicts would pay more for their health care makes perfect sense. It incentivizes not using drugs.

But it also disincentivizes users from getting help. Also, it stigmatizes mental illness, which is often hereditary. (For what it’s worth, a centralized system that groups plan users is one of the main Republican gripes about how the ACA works.)

The Free (or Cheap) Route

All of this assumes, of course, that SAIC will continue to offer the same benefits it does now if the ACA gets repealed. If it does — and it won’t have to — the costs up front will be considerably more expensive per term. In order to supplement what a post-ACA insurance plan would leave out, students might have to get creative. Fortunately, the Cook County Health and Hospitals System (CCHHS) has a plethora of options.

The center of CCHHS is John H. Stroger, Jr. Hospital, named after the late Cook County Board president. It features 228 medical and surgical beds, 40 obstetrics and pediatrics beds, 80 intensive care beds, 58 neonatal intensive care beds, and an 18-bed burn unit. If this seems small, it is. Wait times, though reported dropping as of 2012, can run as long as seven hours to be admitted to the hospital.

However, every individual, regardless of insurance status or income, will be seen by a doctor. They operate on a sliding scale, where the poorest can claim Medicare and the rest are billed based on tiers.

If this is out of the way for you — or if you need services that extend beyond emergency medical — the City of Chicago’s website has a list of each neighborhood and the free / sliding scale clinics that it offers.
That said, figuring out what each offers can be difficult to navigate. Fortunately, websites like Needy Meds organize clinics by state in a table with a column telling readers what services are provided. 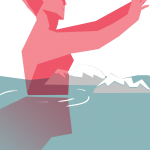 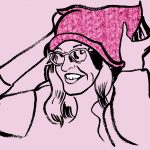 Beyond the Pussy Hats