The Polar Plunge, Ice Bucket Challenge, and events like it might be considered slacktivism. Does it matter? 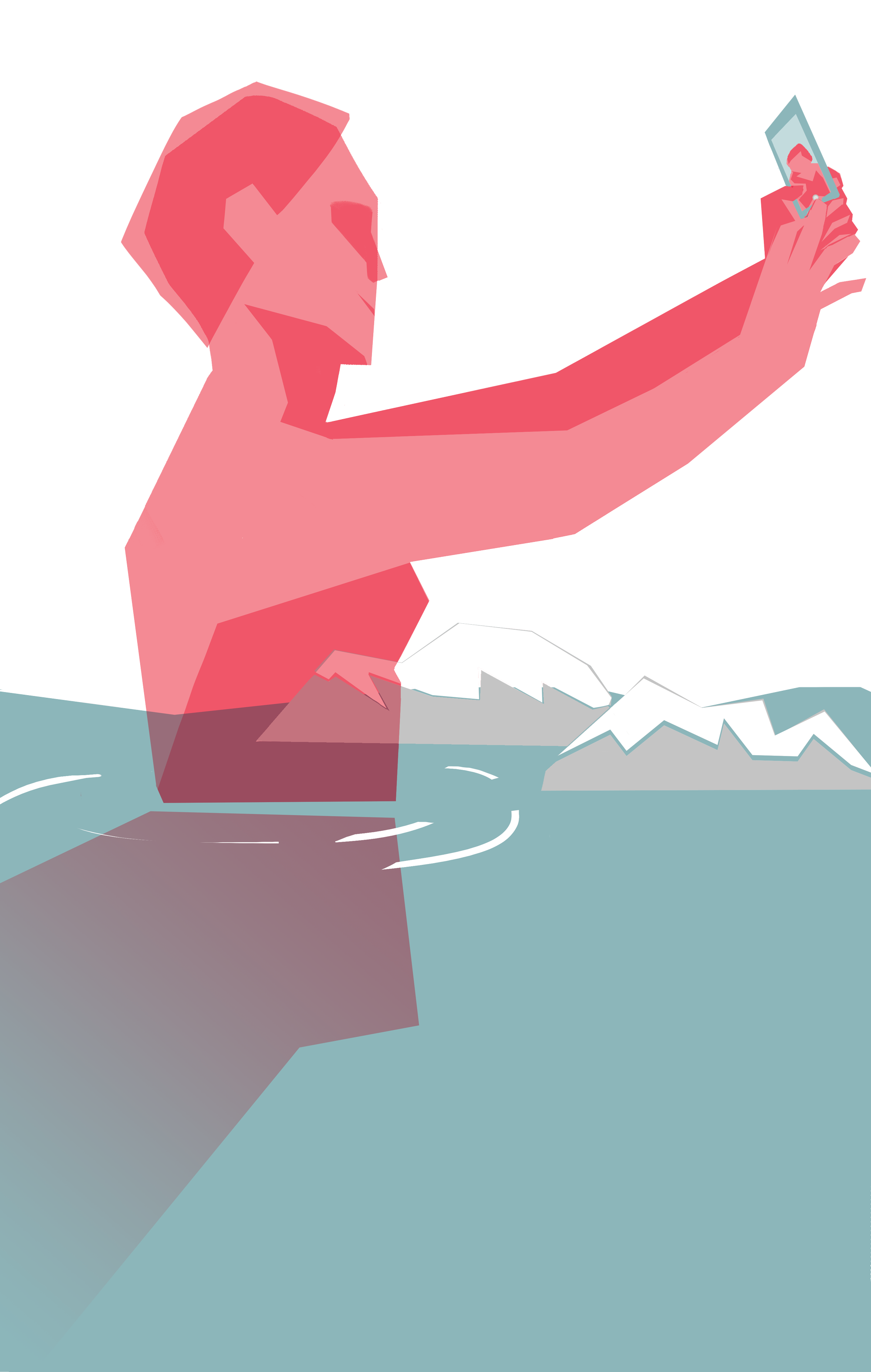 In March, thousands of people in costumes (Sharks! Evil politicians! Sexy snowmen!) will take part in a time-honored Chicago tradition: They’ll dip their bodies in the icy waters of Lake Michigan to raise money for the Special Olympics. The Chicago Polar Plunge is in its 17th year, and celebrities like Lady Gaga, Vince Vaughn, and Jimmy Fallon have participated in the past. It’s the kind of thing I’ve always had one word for: slacktivism.

Before I get into the Polar Plunge, though, let’s talk about that other legendary frosty fundraising phenomenon: the once ubiquitous Ice Bucket Challenge.

In case you were living under a rock in 2014, the gist of the Ice Bucket campaign — to raise money for amyotrophic lateral sclerosis (A.L.S.) research — went like this: You donated funds to the A.L.S. Foundation, or you filmed yourself dumping a bucket of ice over your head. Either way, you tagged a bunch of your friends, calling on them to do the same.

I thought this was absurd. I am a person who diligently sets aside 20 percent of her income to give to the charities I have also diligently selected based on hours of research and conversation. (I love bragging about this, by the way.) That a person’s capacity for do-gooding could be so easily bent by a social media stunt troubled me. We are living in a world where young people have come to equate philanthropy with Likes and Retweets. You shouldn’t need to post something on YouTube to raise a little money for a good cause.

But here’s the thing: That seemingly toothless and needlessly splashy internet stunt didn’t just raise a little money: It raised money to the tune of over $115 million. Last year, the A.L.S. foundation announced that with those funds, they have already made significant strides in A.L.S. research. In July, scientists actually discovered a new gene — NEK1 — that affects 3 percent of people with A.L.S. The discovery was openly credited to donations generated from the Ice Bucket Challenge.

This is a big deal for those who openly mocked the Ice Bucket Challenge — myself included. I spent a lot of time in 2014 berating the challenge to anyone who would listen to me. And this was how I felt about the Polar Plunge, too.

People have been jumping into ice-cold water en masse and calling it a Polar Plunge (or a Polar Bear Plunge) since at least 1904, when a group of people began an annual jump in Boston. In Canada, Polar Plunges are a New Year’s Day tradition all over the country. There are also plunges in the Netherlands and in the United Kingdom. In the U.S. today, most Polar Plunges benefit some charitable organization; in Chicago, it’s the Special Olympics.

The Special Olympics are particularly relevant in Chicago; the first International Special Olympics Summer Games were held in July 1968 at Soldier Field. That first summer, roughly 1500 athletes participated. Today, more than 5.3 million athletes in more than 170 countries train and compete.

Susan Nicholl has been the executive director Special Olympics Chicago for 12 years, and she’s a big fan of the Polar Plunge. Her own sister has participated as an athlete in the Special Olympics for several years.

“Our overall mission is to build a community of acceptance and inclusion for all,” Nicholl said. “We are advocates. We speak to the needs of the people who are often forgotten by society.”

In order to participate in the Polar Plunge, a plunger must raise at least $200. Nicholl emphasized that there is no registration fee aside from the fundraising requirement, which, she said, is different from other charitable events — marathons and the like — in the city.

That money really adds up. Last year alone, the Chicago Polar Plunge generated about $1.5 million. Because the event is sponsored by basically every corporation imaginable, all the individual fundraising dollars go directly to the Special Olympics.

Rebecca Fons participated in the Polar Plunge three years in a row, as a part of a group effort by the Windy City Rollers women’s roller derby league.

“I did raise money for each of my jumps,” Fons said. “If there wasn’t a charity associated with it, there wouldn’t be much of a reason to do it. When I found out it was for the Special Olympics, I thought, ‘Sure, yeah, I’m more than happy to support something like that.’”

Fons said that the event itself, though, was kind of a nightmare. She recalled running down a huge chute to spend just a few seconds in the water, before having to run back out again so the next batch of divers could go in.

“It’s fun before you do it, and then suddenly you’re very cold and you want to get out of it. Everyone is screaming. I get the impression that there were people who had pre-gamed, like they thought it would make it warmer,” Fons said.

This is a huge part of what makes events like the Polar Plunge work, actually. You’re not out there solitarily doing something a little crazy; you’re out with your friends and your family. You get to take pictures of yourself and post them on your Facebook wall. There’s a shared experience; a physical challenge that makes you feel like you are a part of a group.

The Polar Plunge is particularly well suited for fundraising because it takes place on a public beach, so overhead costs for the event are pretty low. Nicholl said that social media has had a huge impact on the swelling popularity of the plunge — participants post about their experience, and when they return the next year, they bring friends. Because of the prominence of social media, the Polar Plunge doesn’t have to spend much money raising awareness for the event at all.

“It’s just truly a dream event,” Nicholl said. “We joke that all the cool kids are doing it.”

But actually, flashy charity events aren’t really all that cool among the woke set — arguably the hippest people on the internet. Bloggers have been quick to wag figures at big fundraising efforts like this one. In an article for Quartz, William MacAskill writes about a psychological phenomenon called moral licensing: the idea that doing one good thing (say, donating to the Special Olympics for the Polar Plunge) makes it less likely that you’ll do other good things later.

“People are often more concerned about looking good or feeling good rather than doing good. If you ‘do your bit’ by buying an energy-efficient light bulb, then your status as a good human being is less likely to be called into question if you subsequently steal,” MacAskill writes.

Euree Kim, a student at the School of the Art Institute of Chicago (SAIC) who advocates for the rights of disenfranchised groups (including people with mental illnesses), said that they didn’t care about the Polar Plunge.

“Donations from corporates have been invested for Special Olympics, while other social issues such as education, housing, and medical insurance, are under-funded,” Kim said.

Kim also takes issue with the Special Olympics as an organization in general. The affiliation with the Olympic Games — which, Kim said, have historical and modern ties to racism, sexism, ableism, colonialism and more — is troubling. The word “special” is also problematic, in Kim’s opinion.

“It marginalizes people with disabilities as different or separate from mainstream culture,” Kim said. “The Special Olympics is kind of feel-good activism. It might benefit some people, but I’m not interested in it.”

Kim gives their time to other organizations that support people with disabilities, like the Shriver Center, which “provides national leadership in advancing laws and policies that secure justice to improve the lives and opportunities of people living in poverty,” according to their website. Kim talked about a program designed to help police interact appropriately with people who are mentally ill.

I agree with Kim, in theory. But I am also increasingly aware of the tiny progressive bubble that I live and breathe inside, and we’ve now all seen how dangerous it can be when we ignore the influence of people we might not agree with. (Hello, 45th President.)

For the near-decade I spent teaching Special Education in the public school system, I volunteered almost every year at the Special Olympics. It was one of the happiest days of the year. It’s full of encouragement and joy, and it brings visibility to a lot of people — my students included — who often feel invisible. That kind of thing does matter.

But I’m not going to jump in Lake Michigan wearing a costume in early March. It’s just not the way I want to be an activist. However, I am making a pledge to quit turning up my nose at people who want a big event or a social media opportunity in order to participate in change-making. We are living in a time when we need all the energy we can get.

As Kim put it, “There are so many different activists and organizers who are working really hard to make social changes.” 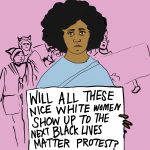 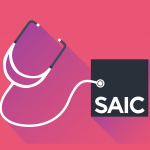