‘Affreightments’ at Gunder Rocks the Boat (In a Good Way)

A show about water fills Gunder Exhibitions with stunning complexity. 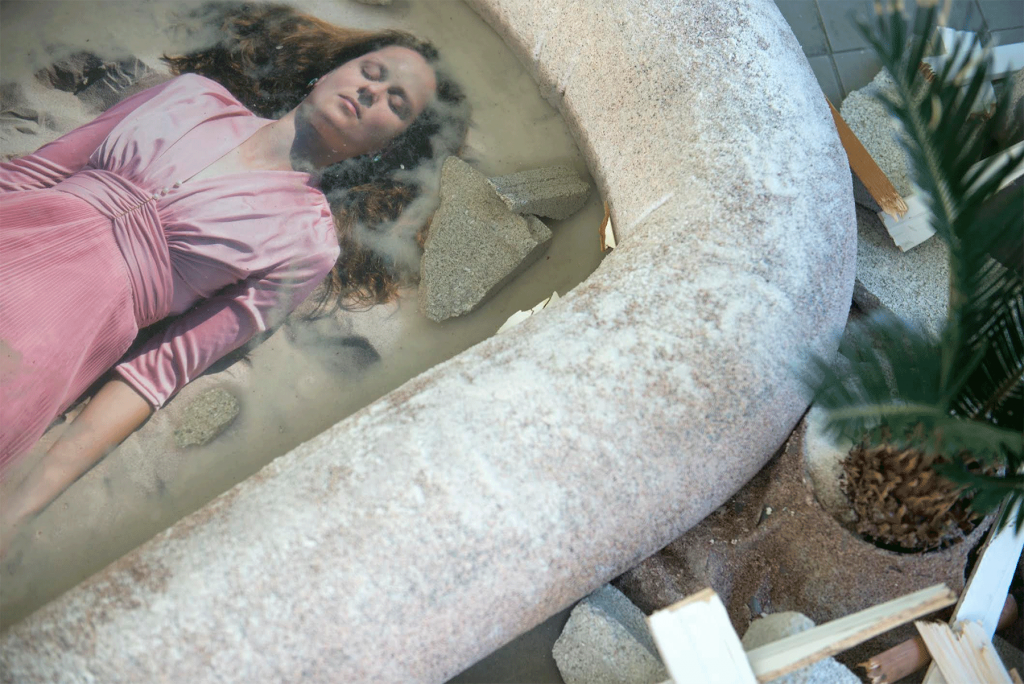 Few naturally occurring elements on earth have the ability to both sustain life and to take it away; but water, so crucial, so damning, and so mysterious, continues to create and destroy at its will.

The theme of water and how we use it — commercially, socially, and industrially — is at the forefront of Gunder Exhibitions’ latest group show “Affreightments.” The exhibition features the works of some well-established artists and artisans such as Michael Dinges, Jaclyn Mednicov and Ian Schneller, alongside up-and-coming Chicagoans like Suture Blue.

“Affreightments” comes together inside of the historic Gunder Mansion, a post-Edwardian home once belonging to pharmaceutical company executive Samuel Gunder. It exists on the site of Edgewater’s Berger Park and is one of Chicago’s last standing lakefront mansions. Gunder Exhibitions’ repurposing of the Gunder Mansion as a free-to-the-public artistic space has enabled the formerly abandoned dwelling to retain some of its previous glory.

Gunder Exhibitions is not your grandmother’s art space. Gunder’s curator and primary visionary, Bianca Bova, who gave me formal tour of “Affreightments,” discussed her goals for Gunder’s future in great detail. Bova is undeniably passionate about her work and her specific energy can be physically felt while in her presence. It is no wonder that her year-old brainchild, Gunder, is thriving. Gunder continues to host its seasonal fall group shows (“Affreightments” is its second), and for the first time ever was able to fund an artist residency for the 2016 year.

Bova grew up in Chicago and was heavily influenced by the city’s public art programs. To her, Gunder is a democratic (and totally free) way to allow the general public access to what she describes as “museum-quality art.”

A politicized conversation about water — specifically its access and its privatization — was not on Bova’s mind when developing the curatorial theme for “Affreightments.” The primary and perhaps somewhat fanciful wish of Bova’s is to bring together art that is able to adapt to changing environments apolitically. Bova isn’t worried about art that is “about something” and instead curates her shows based on the stories the works of art can tell when interacting with one another.

Upon entering the mansion, it’s impossible not to feel the lived-in presence of a once-grand family home. The decorative elements of plants and greenery abound, hearkening to Gunder’s background in medicine. Like breaking the lock on a forgotten suitcase that was never yours, being inside the Gunder Mansion feels voyeuristic at worst, and nostalgically thrilling at best.

After walking up the main wooden staircase and into a wide-set hallway making up the first space of the exhibition, you are confronted almost immediately with Michael Dinges’ piece “Container Ships.” Composed of push brooms with altered bristles resembling the silhouettes of industrial ships on water, “Container Ships” makes a maritime statement with mundane objects.

Similarly, in “Captain’s Chair,” which stands on a pedestal in the next room of the show, Dinges uses a scrimshawed plastic lawn chair to combine a mundane, domestic object typically seen on land with a traditional engraving practice used by both artisans and sailors.

“Affreightments” boasts a large-scale fabric installation by Jaclyn Mednicov and a 2D projection by Suture Blue. Mednicov’s piece, titled “Surface (Peach),” is made from sharkstooth scrim — a material often used as a reinforcement for sails. “Surface” interacts with the light coming through the doorway it hangs in front of to take on an almost skin-like appearance; a nod to human-ness within an industrial fabric.

The final stop of the exhibition was originally an open-air area for Samuel Gunder to grow his various medicinal plants. What exists now is a rehabbed, well-lit room with windows opening directly to a stunning view of Lake Michigan; a watery vastness appropriately presenting itself to the viewer and lending itself to the art. Here, what greets you is a highly sensuous experience; a sound installation by Richard Marshall plays, overlaying a jazz score with maritime sounds bringing the viewer back to the original theme of the show in real time.

The “Affreightment’” show-stealer, however, is Alyce Haliday McQueen’s visually jarring “Hurricane Odile.” The installation combines the image of a woman lying on what appears to be the bottom of a body of water, inside of a kiddie pool and surrounded by pieces of cinder blocks and other materials one would find scattered about after a major storm. The name and visuals are reminiscent of the catastrophic effects of water and how something so life-sustaining can become a grave. The piece also tends to conjure up literary and historical images: a kind of Victorian damsel in distress with hints of an “Ophelia”-esque tragic end.

A “contract of affreightment” is a binding agreement between a shipowner and a charterer with the promise of a transport of goods as the main goal. It seems appropriate that Gunder Exhibitions uses the term “affreightment” in the rare plural form, as if to allude to the individual contracts made between the pieces of art, transporting a narrative. Whether or not “Affreightments” meets its curatorial goal of a post-political artistic experience is left up to what the viewer brings to the story. Even if it doesn’t, it’s still worth seeing, ideally just as the sun is setting over Lake Michigan.

“Affreightments” is on view by appointment through October 14, 2016 at Gunder Exhibitions, 6205 North Sheridan Road, Chicago, Illinois. It is also open to the public 9am-5pm October 15 & 16 through the Chicago Architecture Foundation’s Open House Chicago. 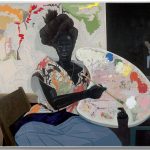 The New Old ‘Mastr’: Kerry James Marshall at the...