Jeni, I Got Your Number (and Your Creams)

Chicago’s high-end ice cream is a worthy treat — if you can afford it.

Is there any better way to start the weekend after a might-as-well-have-been-an-all-nighter than ice cream in the late summer sunshine? I double dog physically dare you to come up with something better. After finishing my first project for a seminar class with literal minutes to spare, following a night that consisted of just three hours of eyes-closed time (there is no way whatever that was could scientifically be deemed sleep), my roommates suggested afternoon ice cream. Before it could even register that I was still in my aforementioned class, a “YAS” emerged from my thumbs and I was halfway out the door.

Lucky for us, Wicker Park was on our way home, and in Wicker Park — at 1505 North Milwaukee Avenue — is Jeni’s Splendid Ice Cream. And if you weren’t already aware, Jeni’s Splendid Ice Cream is a portal to the good purgatory — the space in between heaven and an even better heaven. One of their doors said, “Exit Only”; the other said, “Come Right in and Stay Forever.” Their flavor board was simultaneously a lactophile’s wet dream and a flip-flopper’s nightmare. Every flavor looked amazing, but seeing as quick decision-making is situated on the lower half of my list of strengths, I could tell that this was not going to be easy. To top it off, I had absolutely no idea what I was in the mood for. Upon the tiniest spoon imaginable, I requested a sample of the birch and marshmallows.

Then I tried the churro, also on a dainty lady tasting spoon.

“Shit. This is getting difficult. Why would you do this to me, Jeni? Oh god, there are people in line behind me. C’mon, Annie. C’mon. Use that awkwardly large melon of yours. For once.”

In a moment of pure desperation, I went with the two flavors I did not try and knew nothing about: wildberry lavender and goat cheese with red cherries. (I’m so adorably random!) And even though my card got declined (RENT, am I right!?), and I was at the register long enough for me to rethink my capricious flavor choices, nothing could dampen the pep in my step and the candy in my handy as I finally pranced out the door.

The first bite was like Christmas morning, if our Christmas took place on Martha Stewart’s sun porch and the Christmas tree was a pile of ripe peaches with a garland of homemade marshmallows strung around it. Because I said I didn’t care about the flavor order on my cone (omg I can’t even stop being so random lol!) the scooper put the goat cheese with red cherries on top and the wildberry lavender below. The subsequent flavor sequence elicited a powerful-yet-brief series of hallucinations. I imagined myself milking a happy little goat in a pastoral shack, followed by a spell of joyful frolicking in an open field a la Maria von Trapp — except amongst stalks of lavender and not the tense political climate of Nazi Germany. The flavors were fresh, sweet, tart, and authentic. And to top things off, the cone was the best waffle cone I have ever consumed. It hugged its ice cream friend in such a warm buttery embrace that I almost felt bad about shoving them both down my throat. Almost.

While I was still finishing my ice cream because I’m slow, we strolled through the area’s namesake park, talking about boys and bad dates and bad boys. We walked and laughed and whimsically (whimsically!) smelled some wild lavender; we watched two people doing Instagram-style sexy workouts on the basketball court; we smelled actual human feces. Something had changed. Someone had trapped us in their personal public porta-potty from which there appeared to be no escape. An eighth of a mile away and we were still in Smellsville, USA. I guess this was life now. Someone had shat in the park.

Seeing as running to the train was our only option lest we prefer to succumb to a terrible breathless poop death, we subsequently worked off our ice cream and homeostasis was restored.

Location: As mentioned before, too perfect. Get it away. GET IT AWAY.

Flavor: Too many. Just kidding, the perfect amount. But also too many. Of the ones that I tried, the individual flavors were incredibly good. Some were a little too sweet and the ones with berries were a little on the tart side, but it didn’t detract from the overall creamy amazingness.

Overall experience: For the brief time we were inside Jeni’s, I enjoyed the modern, fresh decor and the friendly servers. And after that, ’twas a grand old jaunt through the park with my roommates — until it wasn’t.

Worth it?: On a “treat yo self” day, for sure. On a day you want to reward yourself for not throwing your laptop out the window? Definitely. But it’s a little on the pricey side for your average laptop-still-on-the-table kind of day.

Like F+ Jeni, I Got Your Number (and Your Creams)
« Previous Story 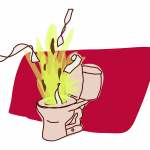 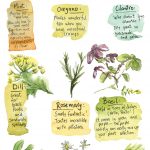