While our battlefields have changed, our attitudes towards fighting have not. 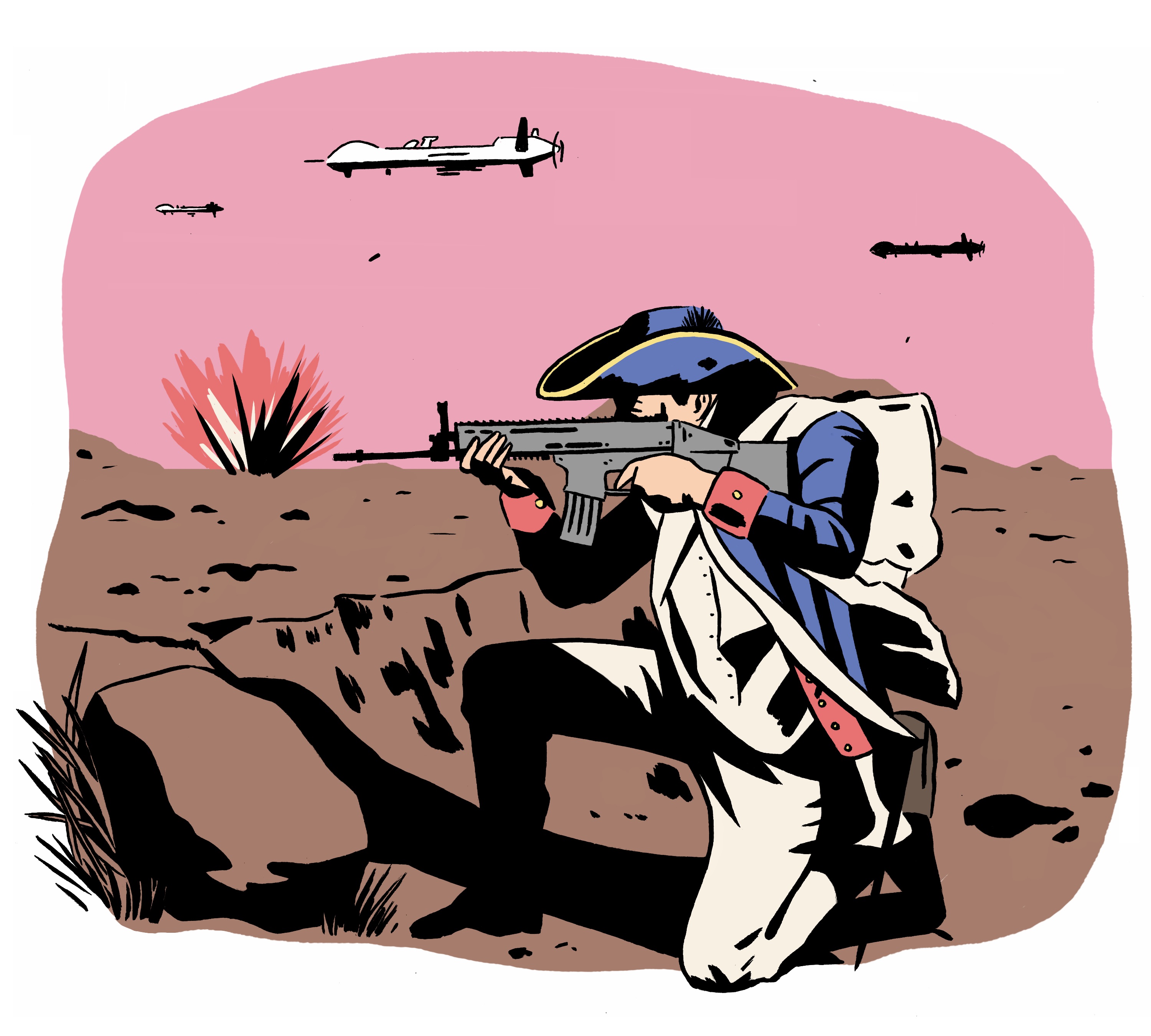 When I walk by Millennium Park on my way to class, I remember that it’s easy to forget how secluded we are from war. Others are not so fortunate — this year marks the 59th anniversary of Si Lewen’s “Parade.”

Lewen’s book is comprised of 55 drawings and sketches, depicting scenes of war as harrowing, shadowed marches: an ordered chaos. Although Lewen grew up in the wreckage of Germany post-WWI (and later served for the U.S. army in WWII), his work highlighting the psychological toll of the war remains relevant today. For example, a study conducted by the Department of Veteran Affairs shows that more than 20 U.S. veterans commit suicide daily — far exceeding the number of combat deaths overseas.

With the fifteenth anniversary of the September 11 attacks recently upon us, and in the context of terror and war around us, Lewen’s ragged and austere aesthetic perfectly encapsulates many aspects of conflict. Yet war has changed since Lewen’s experiences in both world wars. The battle lines have changed; the weapons are new; the people fighting are different. How does modern warfare in the context of the United States — and modern depictions of war — differ from past eras?

It can be argued that, culturally, the U.S. has a different outlook towards war. We’ve never seen a mainland invasion, nor a decisive military defeat. We’ve never had to live under the threat of an enemy marching over the border and into our homes. Indeed, war has traditionally been thought upon in the U.S. in the context of victory: We, as a nation, were born from the Revolutionary War.

The U.S. rose as a superpower during World War II, and achieved some of its greatest technological advances during the Cold War. Today, the main two presidential candidates on either side of the aisle advocate for more drone strikes, and more action against radical insurgent groups — whether these actions involve boots on the ground or not. Recently, the White House released a conservative estimate of roughly 2,700 individuals killed in 473 covert drone strikes since the start of the Obama administration — this, of course, does not take into account strikes in “areas of active hostilities,” such as Afghanistan, Iraq, and Syria. Compared to our NATO allies, America is much more inclined towards interventions and strikes. Do we as a country have a skewed disposition towards war?

War does seem be careening towards us. In a CNN/ORC poll, a majority of Americans advocated for additional ground troops in Syria and Iraq to combat radical Islam. Nina Simone, prominent African-American singer and civil rights activist, said that “an artist’s duty … is to reflect the times.” An aspect of modern war that Lewen’s “Parade” misses — or is succeeded by — is the blurring of combat lines and battlefields. Although “Parade” is dominated by striking depictions of soldiers, uniforms, and flags, such iconography is becoming more and more rare in the age of asymmetrical warfare. Documents that attempt to govern warfare, such as the Geneva Convention, define war as conflict between two uniformed entities with clear opposition to each other. When was the last time the United States went to arms against a uniformed enemy? In July of 2014, a group of Hamas insurgents killed 25 allied soldiers in Gaza while wearing stolen Israeli army uniforms . The combatants our veterans face overseas don’t look like the uniformed, marching band that Lewen depicts in “Parade;” rather, they wear the same clothes as civilians and friends. The flags and uniforms of wars past have all but become irrelevant.

Moreover, with the emergence of war journalism through social media, war has a much more pronounced presence in our lives. Until recently, the Islamic State of Iraq and Syria (ISIS) owned a Twitter account that published battle information and combat videos. Similarly, combat footage is frequently sent from the helmets of U.S. soldiers straight to news and online sources: Suddenly, war is in our living rooms and computer screens.

Martha Rosler, a contemporary artist known for her photo collages and paintings, documents this phenomenon in her series “Bringing the War Home: House Beautiful.”  Compared to the dark, austere style of Lewen’s work, Rosler’s colorful collages depict idyllic living rooms and kitchens that are interrupted by soldiers pasted in. One of her more famous works currently on display at the Art Institute of Chicago features a set of doorways blocked by men in U.S. Army fatigues. These imposing figures have no shadows, don’t look towards the viewer, yet they dominate the frame. Something that is not truly there still governs our thoughts and influences our lives. Sound familiar?

It’s easy to feel afraid in times of war. Although war has shifted insofar as enemies and conflicts are concerned, the way we fight and our attitudes towards war — the atmosphere of fear that pervades our homes — remains; perhaps due to the prevalence of media in our lives. Shootings, bombings, and terrorist attacks plague TV screens and computer monitors. The bayonets and rifles depicted in “Parade?” Today, they would be military drones, airplanes, and battleships that bombard a target miles away.

In the wake of tragedies past, and in anticipation of war careening towards us, there is no “right” response, only a human one. As artists, Americans, or just people, we can only do our best to find out what that is — and keep living our lives. 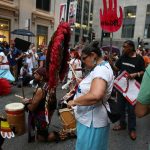