Firecakes Donuts: The Day I Found a New God

For the love of all things holy. (Holey.)

I could talk about donuts for days; weeks, even. No other food, aside from Ice Cream (capitalized for importance) and maybe noodles, is available in as wide a variety of colors, flavors, and sexiness. On second thought, donuts actually operate at one constant level of sexiness at all times and that is 100 percent, full-steam sex.

A testament to their allure, I rarely think about or eat anything else. According to my doctor, this is “definitely [fine] for my health” and I will “definitely [not] die as a result of my [superb] eating habits.”* (*Edited for assumed typos.) Joke’s on him though, because what I lack in any semblance of self control I make up for in voluptuous hips and frequent bouts of temporary joy. (Read: blood sugar spikes.)

Because I’m a dreamer and a doer, I recently decided to take a trip to Firecakes Donuts at 68 W Hubbard Street in River North. If you’re familiar with it on Instagram, which is where I was introduced, then I extend a sincere RIP to you and whomever you’ve tagged in its pictures because I’m sure you’ve died on multiple occasions. I was legally declared dead for 30 seconds upon seeing their donut ice cream sandwich which is exactly what you think it is. Its pictures are worth a thousand words, all of which are “fuck.”But like pretty much everything else in the world ever, the pictures are nowhere near as good as the real thing.

My mother, the patient desert Sphynx that she is, agreed to join me on my adventure to the River North location. We were only in town for the weekend so I could attend a new grad student event at the School of the Art Institute of Chicago (SAIC), so time was of the essence. But I was ready. I had a pocketful of sunshine (my debit card) and a stomach full of desirous rumblings for sweet carbs. I was prepared to buy an entire dozen — one donut each for myself and my mom — and ten for the friends back in Buffalo who took my promise to return home with Chicago donuts with a generous handful of salt.

The location itself is small, only fitting about three people comfortably, or six people very uncomfortably as was the case the day I went. There is no seating and no bathroom, despite what I blindly promised my full-bladdered mom on the way there. But the staff was friendly and we were immediately overwhelmed by smells and options the minute we walked in.

“Hi! Could I have a dozen donuts?”

“We only sell them individually, and the prices range from [definitely still worth it] to about [the price of a gallon of gas in 2012].”

Eight donuts brought me to just over $22, so they are a bit on the pricey side. We packed the box with two old-fashioned buttermilk, two lemon-filled, two peanut butter cup, and two chocolate iced donuts. The filled donuts are somewhat small (three bites and back to your boring life), but they are so worth it. We decided to keep the lemon ones for ourselves and ate them about 30 seconds after stepping foot out the door. The lemon curd inside was perfectly sweet with just a touch of tartness, and the surrounding donut was as light and fluffy as any proper filled donut should be. It was the most spectacular minute of my entire week.

On our journey back to our AirBnB, it invariably began to rain because what else is the weather going to do when I’m carrying a thin cardboard box filled with the most precious discs known to man? Don’t worry, the donuts survived the trek. I had to taste-test a few of them to make sure, but they did, indeed, make it. The old fashioned buttermilk donuts were determined to be both safe from the rain and also insanely delicious and worthy of many more trips through the rain (or snow or plague of locusts or what have you).

Later in the evening, some of the other survivors started to get a little stale (determined through another taste test), so we decided it would be best to put a few more out of their misery (may they rest in pieces). Long story short, I made it back to Buffalo with two of the original eight donuts, and my friends loved them and I didn’t tell them there were more at one point because that would be cruel and donuts are meant to inspire happiness.

Price: As far as donuts go, they’re about $$ out of $$$ arbitrary dollar signs.

Worth it?: Most definitely. You work hard, you deserve to treat yourself every once in awhile. And these are definitely a treat.

Like F+ Firecakes Donuts: The Day I Found a New God
« Previous Story 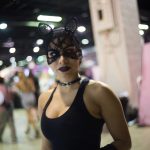