Presidential library to be built in Jackson Park; North Carolina voting law overturned; and troops continue to fight in Iraq

Presidential Library Slated to be Built in Jackson Park

President Barack Obama’s library and museum have long been slated to be constructed in his home city of Chicago, but the administration recently announced plans for its specific location. The Chicago Tribune reported on Wednesday that Jackson Park — located in Hyde Park, where the Obamas are from — will house the complex. The Obamas announced last year that the library would be built in Chicago’s South Side, but two parks were competing to take on the construction. Many South Side residents were deeply disappointed with the decision; Washington Park is in a neighborhood filled with vacant lots, and its residents hoped that a presidential library would bring more resources to the neglected area.

The cost of the project is estimated at $500 million and will require approximately 21 acres of land. The construction of a presidential library will become part of a long Chicago debate about park use. Friends of the Park, a local nonprofit organization, has battled bills and proposals that would allow anyone to build on Chicago’s parkland. To the organization’s dismay, Illinois lawmakers passed a bill in April, 2015 making it easier for the city to build in public parks.

A North Carolina law that required a photo ID in order to vote was overturned by a federal appeals court this week. The law had been challenged by civil rights groups who said that it unfairly disenfranchised black and Hispanic voters. The decision, which was made unanimously by a three-judge panel, sided with the critics — including the Justice Department, the League of Women Voters, and North Carolina’s NAACP.

The law, which had been upheld by a federal judge in April, also stripped citizens of the right to same-day registration, and made it so that teenagers who were not 18 could not preregister, even if they would be 18 on election day. Republicans — who wrote and signed the bill into law — said that the law protected the state against fraud.

There is no end in sight for the War in Iraq, as the Pentagon announced this week that it would be expanding — not drawing back on — its mission for U.S. troops in Iraq. This will be the first time in years that U.S. troops will deploy along with conventional Iraqi army units, according to Democracy Now. There have been rumblings of an imminent offensive against the city of Mosul, in an effort to diminish the power of ISIS. There are currently 4,600 soldiers in Iraq, and at least 3,000 military contractors. The new “Iraq Train and Equip Fund” will require $1.6 billion, which will need to be approved by Congress. 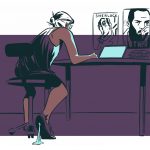 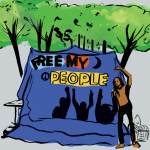