Come on. Are we still doing this?

To the person in the checkout line at Target and anyone with an internet connection,

It is 2016 but you may find that hard to believe considering people are still doing this unacceptable, atrocious thing. I mean seriously! Just yesterday, one of my old high school classmates did it on Facebook. I had to take a few minutes to calm myself down and I stopped just short of writing an all caps response on his post. I even contemplated taking a screenshot and sending it to his employer. (People who do this really shouldn’t be working around kids or adults or the deceased.)

Instead, I kindly shared some links to articles that highlighted why doing this thing is problematic. Part of me was like, “IT’S NOT MY JOB TO EDUCATE YOU! HAVE YOU HEARD OF GOOGLE?” But after tweeting about it for a while, I decided to take the high road. I even sent him the link to my Tumblr which has a number of hilarious but important reaction gifs I made specifically for anytime someone does this.

I’ve been blogging and writing about this thing for years. However, this Facebook exchange made me realize that while everyone is always talking about this thing, no one seems to really want to talk about it. And there is one glaring aspect of it that everybody consistently overlooks.

For those of you have been living under a rock, this thing has a long and painful history. Ivan the Terrible did it while ruling over 16th Century Russia. Why do you think they called him “Terrible?” Hitler did it too. No surprises there. Celebrities like rapper Iggy Azalea, cast member of “Real Housewives of Atlanta” Nene Leakes, and host of “Inside the Actors Studio” James Lipton do it ALL THE TIME. Because guess what? Your fave is problematic!

An article titled “One Woman Single-Handedly Destroys Thing In One Tweet, Two Texts, Four Voicemails,” shows how a stay-at-work dog mom brilliantly took down a co-worker who tried to do this at the office holiday party, of all places! (But of course it was at the office holiday party. Doesn’t this ALWAYS happen at the office holiday party?) Her response sheds lights on the prevalence of this phenomenon in the workplace, the dog park, Yelp reviews, and Carnival Cruises. She should definitely be applauded for her courage, but she should have never had to deal with this in the first place. And what does it mean that people still feel totally comfortable doing this today? Have we learned nothing?

Another article, “If You’re Doing This, You’re Awful and Everyone Hates You Click Now” shows the unique effect this thing has on marine life. It’s bad enough that this thing gentrifies internet trolls out of YouTube comment sections and appropriates a generation of J.R.R. Tolkien’s elf culture. But to also be responsible for the diminishing of coral reefs is something I want no part in.

But ask yourself this: How many times have you done it? You might be doing it now, ass wipe. It’s time for us to start imagining what a world without this could look like. And the first step is to stop just talking about it and talk about it.

elf, hilarious but important, Humor, Iggy Azalea, issues, no one is talking about, problematic, your fav is problematic 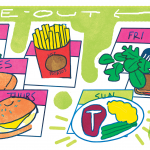 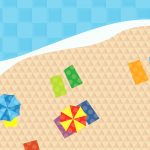