It’s hard not to get cheerful about DIY projects. The passion and spirit driving independent work is infectious; but too often, work that celebrates itself as “Do it Yourself” is less rough-around-the-edges and more just rough. Fortunately, through its annual DIY Arts Festival 2nd Floor Rear has learned over the last five years the delicate balance involved in wrangling a multi-venue arts festival largely hosted out of the homes of its artists and curators. The festival usually runs one weekend in February; this year’s ran February 6 and 7.  I sat down with Creative Director of 2nd Floor Rear Katie Waddell (KW), who is also a graduate of the arts administration and policy program at the School of the Art Institute of Chicago (SAIC), to talk about how she’s made her recurring art festival successful and the importance of DIY spaces to Chicago’s art scene. 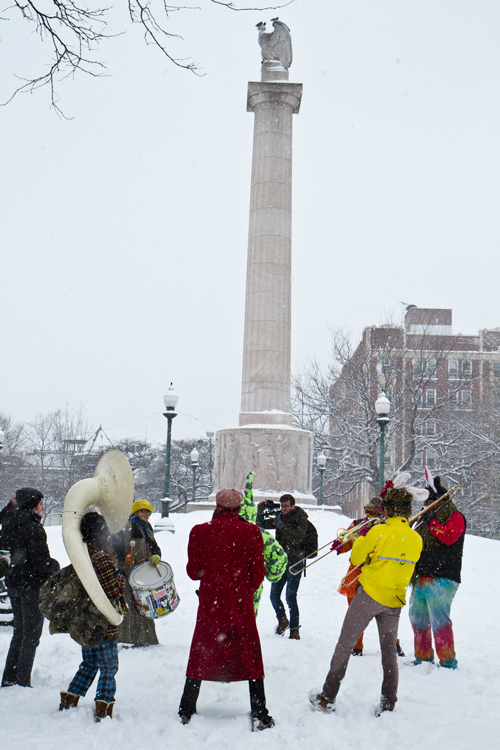 KM: What made you think, “DIY performance/environmental experiences, and house shows. I’ll put some together!” And how did you grow that into a full-blown Festival?

KW: There was already a precedent for apartment-based art festivals [in Chicago], and apartment galleries in and around my neighborhood. So I e-mailed a bunch of people I knew to see if they’d be interested in getting involved, got some enthusiastic responses, and decided to go for it. When it started, the focus was more on small, exhibition-focused apartment galleries, but the changes in programming reflect both the changes in the neighborhoods and the timeline of the festival. Some of my biggest hopes for 2nd Floor Rear are that one, it will unite independent curators and spaces, creating a sense of solidarity amongst maker communities and encouraging continued production, while also two, funneling revenue and resources into these communities, rather than being another source of competition.

KM: What are some of the challenges the city presents to this type of work?

KW: The biggest challenge the city presents is lack of resources and support from audiences and stakeholders other than the artists, curators, and collectives directly involved.

KM: This year the focus is on the socio-cultural politics of being and acting in a space, and the shows are curated in that vein. But let’s get dreamy. What do you envision as an ideal private space for art, and what is your ideal public art space?

KW: For 2nd Floor, I really like to showcase different kinds of spaces, so for the festival, there’s really no ideal. Personally, as a sometimes curator and frequent audience member, an ideal private space really is a DIY collective, someone’s home, or the artist’s studio. It anchors the work to the person(s) making it … making it feel more intimately social. As for what occurs in this ideal private space, I’ll give you an example. On Sunday, I went to “Just Throw More Glitter On It: A Templehead Retrospective.” When you stepped into the space (technically a private apartment) it was like stepping into another world. There were glitter quilts, pseudo-altars, and paintings everywhere, with films projected onto a giant screen … [and an] installation comprised of meticulously assembled fabrics, glitter, and kitsch objects. Upstairs, performers … were giving people glitter baptisms. People were laughing and talking and hugging. Even though I only knew the people I arrived with, it was nice to be in that space with the people affiliated with Templehead. It was like you were experiencing them and their friendships and histories as much as the artwork itself.
As for public space … I [personally] really like unexpected encounters. You can have an unexpected encounter with a mural, public performance art, interventions. The more unauthorized, the better. Having an unexpected art moment on the way home from work, or wherever, is one of the great perks of urban life. 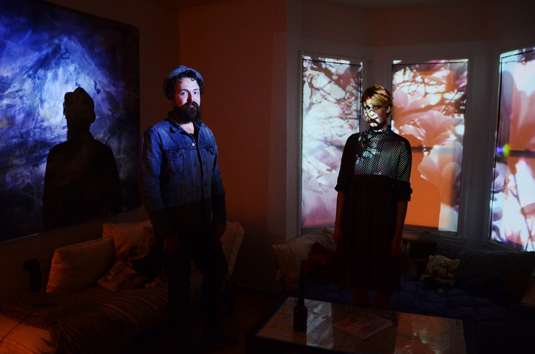 KM: The transition between public and private is an event in itself, a performance of transport/transmission. When you plan these festivals, how do you and your co-curators approach the in-between moments, especially in terms of proximity of events?

KW: We aim for walkability. Ideally, there should never be an event location that is more than 10 to 15 minutes away (on foot) from the main train line running through the neighborhood, or from another event location. This year especially, we tried to curate event locations in “clusters” so no event was isolated. Exploring the neighborhoods is a part of the festival experience.

Waddell also described the changes the festival is undergoing after five successful years. The organization is now transforming into a 501(c)3, and has been attracting stakeholders, raising independent funding, and forming a board. She told me these developments will inform the festival to come.

KW: We’re going to have to be very intentional about 2nd Floor Rear 2017. Where it’s going to be, its duration, its curatorial premise, the overall aesthetics, and whom it serves. All future changes must proceed from this line of inquiry. 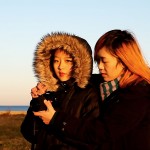