A photo essay on the financial crisis.

Puerto Rico faces a financial crisis and public debt that could soon impact its ability to provide basic services to its residents. According the New York Times, the U.S. territory  has an estimated $72 billion debt. The economy has been failing for the past decade. The situation is also deeply personal for the more than 100,000 Puerto Ricans who live in Chicago. It’s personal for me. I am Puerto Rican, and I am well aware of the impending threat of this crisis with each passing moment. The same is true for my family on the island — my grandparents who were born and live there, my cousins, aunts, and uncles. They are living with the consequences of the crisis as it casts a constant shadow over the island.

The Puerto Rican community on the island and in the U.S. mainland have asked Congress to authorize the restructuring of all or part of the debt. The Republican majority in Congress has denied the Puerto Rican government and its public corporations access to bankruptcy to restructure its debt and jumpstart the economy.  According to the New York Times, recent talks with creditors to restructure the debt have fallen through.

The crisis is mirrored in its infrastructure that is fractured and broken down. The people of Puerto Rico want to have a hospitable living environment and move toward a better future. 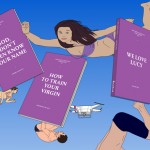 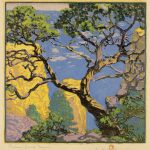