If you haven’t paid much attention to the Republican presidential primary, let us catch you up. Donald Trump is racist, xenophobic, and seemingly unstoppable in the polls. Trump’s most threatening opponent is Dr. Ben Carson, who discovered his love for surgery after trying to stab a relative. After recounting his violent (and possibly fictional) youth, wherein he allegedly attacked fellow children with bricks and knives, Carson saw virtually no improvement in the polls. Deciding he needed a new strategy, he released a short rap aimed at a younger black audience. The track, titled “Freedom”, features Carson stump speeches interspersed with verses by Aspiring Mogul, a rapper you never knew existed until this moment. No word on a forthcoming Trump diss track, but we remain hopeful.

The pathologists who examine tissue samples for cancer are typically highly educated, rigorously trained, and part of an experienced treatment team. Factoring in undergraduate education, medical school, residencies and fellowships, more than a decade of schooling is required to be a pathologist, and even then it can be difficult to identify cancer in certain tissue samples. One group of American doctors realized that good eyesight is an asset when examining tissue, and that pigeons have very good eyesight. Taking the obvious next step, the doctors then organized an experiment wherein pigeons were trained to identify cancerous tissue samples in medical images. After 14 days, the pigeons individually reported an 85 percent success rate. As a group (wherein they would “vote” on each image), they averaged 99 percent. Researchers were quick to reassure us that they were not suggesting we replace pathologists with kits (the term of venery for pigeons.)

The US Justice Department has indicted six executives of USPlabs, the company who brought you sweet, sweet gainz potions like Jack3d and OxyElite. Anyone familiar with the science of muscle sculpting will understand the company values a solid “Straight Flexin” Instagram post more than healthy livers, which more than once had to be transplanted into their customers.  After news of the indictments broke, shares of beloved pump providers, including GNC and Vitamin Shoppe, fell steeply. Internet superstar and patron saint of gainz, Dom Mazetti, has gone on record saying that the government is seizing Jack3d and “using it to rebirth stars” We are at this time unable to confirm any allegations of mass-stronomy by the government.

Coming at the Cruz Missile

Speaking of Republican candidates who have both passionate fan bases and no hope of election, Ted Cruz took shots at President Obama recently. President Obama gave an interview in Manila where he addressed the refugee admittance policy put forth by many Republicans, one in which only Christian refugees would be given sanctuary. Obama said, “I cannot think of a more potent recruitment tool for ISIL than some of the rhetoric that’s been coming out of here during the course of this debate.” Cruz, deviating from his typical tactics of questioning the president’s religion or place of birth, responded with a tried-and-true comeback, telling Obama to “come back and say it to my face.” We can only assume this telling-to-his-face would take place behind football field after third period. 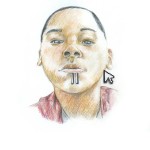 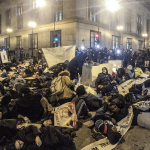