Local shootings have become so routine that they are too often overlooked.

No one can argue against the fact that America lacks gun control. We have some of the most unrestricted gun control regiments in the world. We are paying for that dearly: At roughly 32,000 a year, the United States has the most annual gun-related deaths worldwide.

School shootings make up perhaps the most talked-about gun-related incidents, and they are no small problem: A staggering 49 school shootings have taken place so far in 2015 as of this story’s publication.

After every mass public shooting, there are prayers said, condolences offered, public statements requested, and memorials held. But an increasing number of people are frustrated that statements and memorials don’t even begin to address the problem. After the shooting in Oregon earlier this month, President Obama displayed an uncharacteristic level of anger and called for stricter gun control.

However, it is troubling that it seems only mass school shootings ignite the media to call for gun reform. In Chicago alone, there have already been 2,528 shooting victims this year as of October 29, compared to 2,587 in 2014. This number has the strong possibility of surpassing last year’s number. There were 1,000 shootings in Chicago as of June 7, compared to only 933 at the same time last year.

Why don’t these startling numbers cause a louder call for action? Homicides are arguably the biggest problem. This year alone, 416 homicide have already been committed. These have taken place mainly in the same neighborhoods on the Southside and West Side. The Austin neighborhood has had the most homicides with 41, followed by 22 in North Lawndale, and 18 in Roseland.

At least 95 percent of the residents in the neighborhoods that experience the most violent crime are areas of high poverty.

Although school shootings are common, they are not as common as other gun-related violence, which goes largely unchecked (aside from passing criticism over gang violence) by major media outlets.

On the other hand, news outlets readily update us on death and injury totals, and information about the killer, with constantly “breaking news.” People will not soon forget the names of Eric Harris and Dylan Klebold, who committed one of the first major school shootings at Columbine high school in 1999.

Incidents that affect people from low-income backgrounds go largely unnoticed by the general public, perhaps because they’re seen as so routine. We do not talk about gun control in a way that takes into consideration the people who would be most affected by gun control. As Bryce Covert points out in The Nation, the gun control bills on the table include “policies that target people of color.”

In Chicago, African Americans make up 33 percent of the population, and 70 percent of the murder victims. But we do not talk about that when we talk about gun control policy. We have not brought the people most affected by gun violence into the discussion about how to solve it.

As David Cole wrote in the New York Times:

Racial disparities in gun violence far outstrip those in almost any other area of life. Black unemployment is double that for whites, as is black infant mortality. But young black men die of gun homicide at a rate eight times that of young white men. Could it be that the laxity of the nation’s gun laws is tolerated because its deadly costs are borne by the segregated black and Latino populations of North Philadelphia and Chicago’s South Side?

As a city, it is time for us to help put an end to this. Gun violence is a major issue that needs more attention from the press and the public. The first step for many of us is to improve the ways in which we are informed.

We have to take it upon ourselves to know about the specifics of the violence in and around our city. Attend #BlackLivesMatter protests, advocate for stricter gun laws, address these issues on social media, vote for those city and government officials who are looking to talk about these issues in an upfront way. Be willing to do whatever it takes to bring about some honest change. 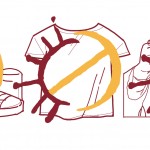 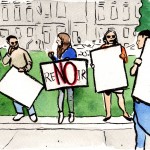