The Artist Discusses Her Recent Work and Current Inspiration

This month, F Newsmagazine staff writer Paula Calvo sat down with SAIC adjunct professor Patricia Erens to discuss her project Broken (aka Family Portrait). Erens, who teaches in SAIC’s department of Art History, Theory, and Criticism, has had work published in several books and publications, including Issues in Feminist Film Criticism (1990, Indiana UP, 4th printing); The Jew in American Cinema (1984, Indiana UP); Sexual Stratagems: The World of Women in Film (1979, Horizon Press); and Akira Kurosawa: A Guide to References and Resources (1979, G. K. Hall).

All images courtesy of the artist.

1. You mentioned that the images resemble found footage. How did you find these images?

Professionally, I am a film scholar; personally, I collect photography so I am interested in photo-based images of all kinds. One of my favorite experimental films is A Movie by Bruce Conner, which is an early example of totally appropriated found footage. But, unlike Conner’s film, the x-ray images that constitute my wall piece do not come from an archive or a thrift shop, but from my own drawers. The x-rays turned up when I was downsizing from a large apartment following a divorce. The broken bones in two of the x-rays seemed symbolic of what was happening to my family. I felt the negative images carried a lot weight and contrasted with all the happy family photographs we had taken over the years. Perhaps I also felt that the negative images would reveal some deeper, hidden truths that often lurk within.

2. What made you decide to present these images in individual light boxes?

On a practical level, the images are only visible when there is a light shining behind to illuminate them. However, I liked the idea that each member of the family had their own, framed portrait, so to speak, and that when they were grouped together on the wall, they formed a unit. So, to a degree, I was denying history and reconstituting the family in my creative imagination. And, by giving each of the children their individual light box, I was highlighting a specific time when their injuries occurred. The stories are part of our family history. 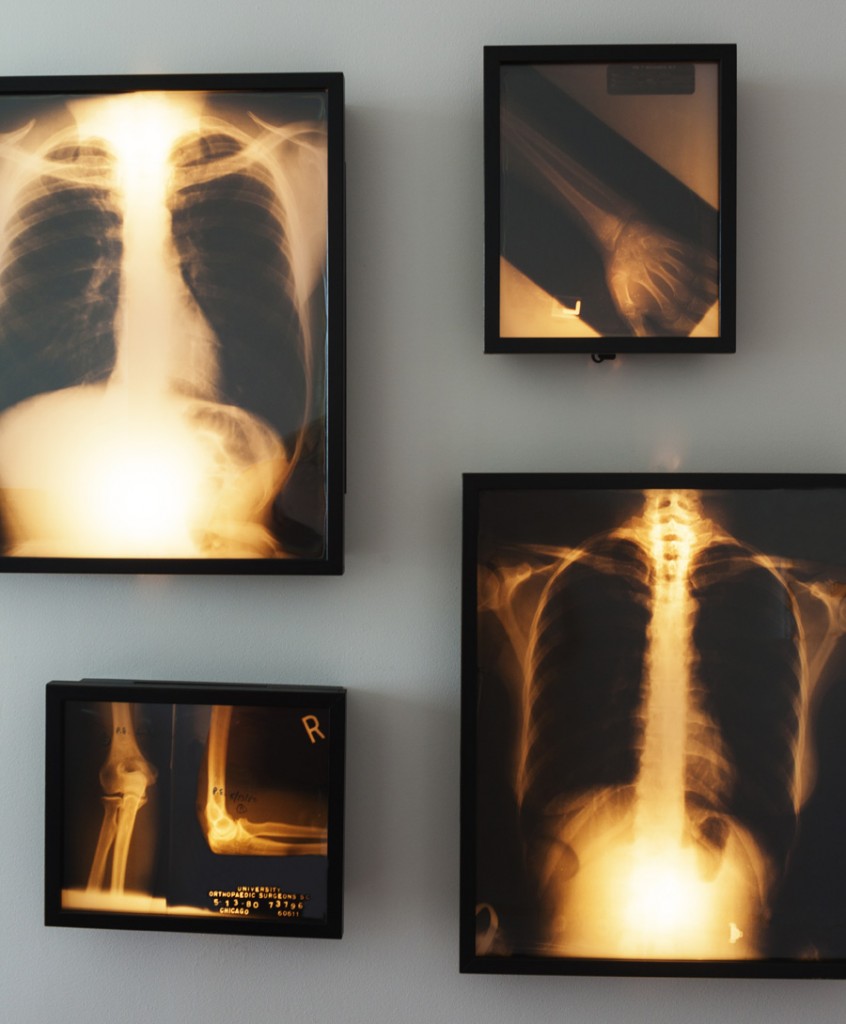 3. Their individual presentation seems to invoke the method of the readymade. Is this something you considered?

I don’t know that the readymade was on my mind at the time, but I do know that when I first discovered the work of Marcel Duchamp in my first art history class, he totally captured my imagination. It was not just the shapes, but it was also the intellectual component and the humor. He changed the way that I looked at every object. I think that the title Broken (aka Family Portrait) picks up some of Duchamp’s humor. And, of course, the readymade also appears in pop art, which I was drawn to since its first appearance.

4. How does your global practice in history, theory and criticism contrast with this rather personal artwork you’re working on now?

Just as I believe all art is political, I believe that most artwork is also personal on some level. All the classes I teach at SAIC relate to film and I am especially interested in the theory of “the gaze,” which was first developed as part of a feminist critique of Hollywood film. I am most drawn to artists like Cindy Sherman, Ana Mendieta, Francesca Woodman and Emma Bee Bernstein whose medium, mostly photography, emanates from the personal, but whose artworks offer commentary on gender representation, as well as socio-political issues in general. These artists use their body as subject. And, in terms of the political, Broken (aka Family Portrait) says something about modern life and the fragility of the contemporary family. 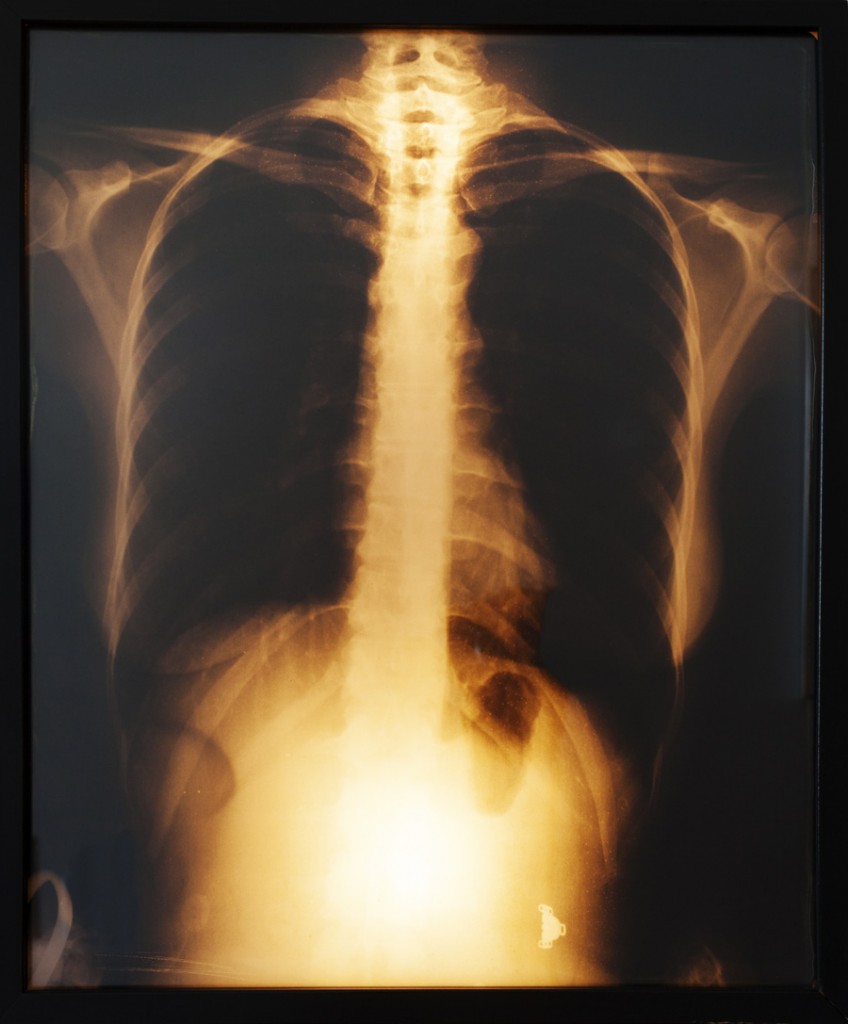 5. Are there any recent works or exhibitions that have inspired you?

I think the current retrospective at the MCA of the work of Doris Salcedo reflects the aspects I have been talking about. Although she does not use her body in her artwork, she does make use of the readymade by incorporating domestic furniture, shoes, and other objects in her installations, thus combining the personal and the political. And, of course, an early tenet of feminism was “the personal is political.” Salcedo, like many other women artists, uses non-traditional materials and methods in her work, for instance concrete and animal skin; she also uses stitching and sewing, which not only associates with women’s work, but also with healing wounds. And unlike the usual intimacy of photography, Salcedo
is working on a large scale. I find this exhibition both exhilarating and inspiring.