A rundown of what the FNews staff is reading online, and what’s getting us talking.

Keeping you up to date with what the F staff is reading online. Dig in!

Kanye gave a 20 minute lecture at Oxford that ended up being one of the most hilarious things we’ve read in a long while. Not only did he admit that if he had to do it again, he would rather have gone to the School of the Art Institute of Chicago, he also called The Matrix the “Bible of the Post Information Age.”

U.S. Scientists essentially killed hundreds of South Americans by injecting them with measles

Absolutely shocking evidence was reported on by The Guardian that is sure to cause waves in the coming months. Thousands of South American indigenous peoples were injected with measles for a study U.S. scientists conducted. Many hundreds of people were killed in the process. “In its scale, ramifications, and sheer criminality and corruption it is unparalleled in the history of anthropology.”

After Curt Schilling (retired Red Sox pitcher and ESPN analyst) tweeted congratulations to his daughter for her acceptance into college, he received countless threats of sexual assault and abusive tweets towards his daughter in response. Schilling has since become a sort of unexpected internet vigilante. He tracked some of these people down and contacted their schools and employers resulting in multiple firings and men getting kicked off of their university teams. Women have come to expect these kinds of comments on the internet, but when Curt Schilling’s daughter gets involved, people listen.

Someone is attempting to save the statues ISIS is shattering.

In recognition of of the American soldiers who tried to save European art during the Nazi era, a new group of “Monuments Men” has entered ISIS held territory in hopes of saving ancient artifacts that are being sold on the black market or destroyed by the extremist group.

Of course they would be American.

Two U.S. tourists have been arrested for carving their names into the Coliseum in Rome and taking a selfie.

Scenes from an adult film were filmed illegally near the pyramids and it is sparking outrage among Egyptians. “The controversial pornographic film with English subtitles was shot by Russians and was available online for nine months and had been uploaded on three adult websites.” 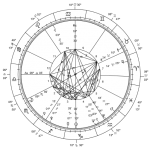