Sci-fi author William Gibson speaks on the success of his failures and the timeless qualities of speculative fiction.

Sci-fi Author William Gibson and the Success of His Failures 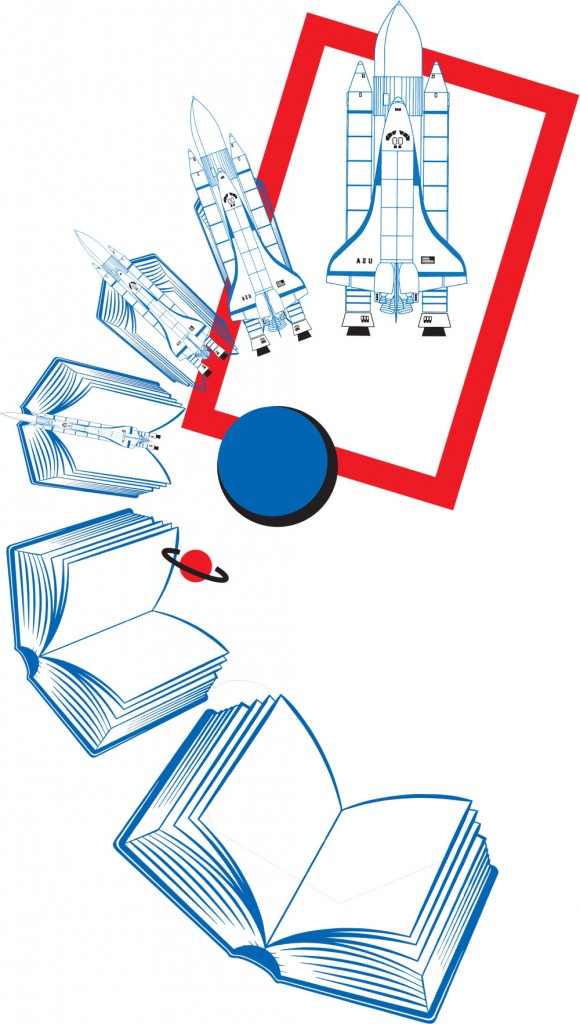 “There’s one hit, and then there are all of the misses,” said science fiction writer William Gibson, squirming a little in his chair at the mention of fans viewing him as a prophet because of his stories’ accurate predictions. His recent interview at the Chicago Humanities Festival focused on The Peripheral, his newest novel, as well as his ideals of science fiction and its place in the future of society.

Gibson has written sci-fi over decades. He was a pioneer in the cyberpunk aesthetic, his stories taking place in the near future. In his 1984 novel, Neuromancer, he envisioned cyberspace as we know it today. Gibson is quick, however, to counter fans’ notions of his ability to foresee the future. “I’m not prescient, and I didn’t particularly expect to be, but I keep watching this stuff as it changes, and the distinction between the digital and the so called real … is just going away.”

He also confessed times when his writing was completely wrong. “I didn’t know what a modem was,” though he referenced them in Neuromancer. “It makes absolutely no sense in the context of the imaginary world of that book. I treasure archaic science fiction for those very flaws,” he said. “It makes it charming and deeply strange. It demonstrates that it is an artifact of the very moment in which it was made, which is really all it can be.”

But Gibson also legitimized the flaws in some of his writing over the years, noting that he “works from the poetics of an emergent language around the digital.” The modem’s technical capabilities were less of a concern than its symbolism as a communication device.

Gibson’s focus on language and poetics stems from his love of reading and an English degree from the University of British Columbia. With the sudden passing of his parents at a young age and his disposition as an outcast, Gibson’s childhood was tragic. His writing is dark and beautiful: fragmented worlds laced with holograms and echoes of his own fears.

Visuals in his stories stick with readers, like Neuromancer’s girl in the arcade with “antique resistors woven tightly into her hair.” Striking images like these are small components of a methodology that is highly aware of implications of technology in society. Gibson may be so seamlessly in tune with the future because he writes, he claims, about the present: “[When people write books about the future], they can only be about the moment in which they are written and the known history before that … we have no access to the future.”

Yet Gibson’s books take place in a future world with unfamiliar technology and new terminology to describe it. The cyberpunk aesthetic includes relatable objects and situations, but subtle changes remind readers that they are being submerged into a world not meant to accommodate them.

With a handful of best-selling novels, it is difficult not to wonder how someone with no formal training in science or technology can shape our perception of the future through books that use these fields as a foundation.

Still, Gibson is not alone in his inaccuracies. “Arthur C. Clarke,” he said, “predicted orbiting communication satellites much more accurately than I had predicted the World Wide Web, but in both cases, our culture tends to overestimate that hit. … I haven’t had the heart to go through Arthur C. Clarke and find all of the stuff that he got wrong.”

Speculative fiction and design fiction are also used to describe works by writers like Gibson. Design fiction exists more as a product of their writing, since it uses physical models. “It’s the deliberate use of diegetic prototypes to suspend disbelief about change,” said sci-fi writer Bruce Sterling in an interview for Wired.

Diegesis is a fiction-writing method that means “you’re thinking very seriously about potential objects and services and trying to get people to concentrate on those rather than entire worlds or political trends or geopolitical strategies,” said Sterling. Diegetic stories focus on worlds as perceived through a character. In this light, technological accuracy becomes less important when the emphasis is on a given character’s perception, which by nature is not objective or all knowing.

Gibson and Sterling build futuristic worlds through the eyes of very different characters, whose perspectives form a web that readers are left to sort out. Diegesis may seem like a kind of tunnel vision, but it gives readers more room for interpretation, knowing they’ve only experienced the story through specific character viewpoints.

“It’s obsoleting as I write it,” said Gibson of his work. “[Someone could] invent something right now that would make my novel ridiculous. Except if I’m really serious about writing novels, that stuff won’t matter, and my novel won’t become ridiculous because its intent will have been in the end quite serious.”

Gibson’s “obsoleting” writing has been very successful. Even Neuromancer is under no threat of becoming outdated. Gibson’s acknowledgement of his inability to write about the future is key in his ability to transcend technological accuracy and write stories that get to the core of what it means to be an individual.

During his interview, Gibson was asked to comment on his novels’ “absurdly happy endings,” using The Peripheral as an example. “The two final chapters are sort of a litmus test for sociopolitical sophistication,” he answered. “If you think a woman’s okay because she’s married and pregnant and has a lot of money, you’re an idiot.”

The darkest part of The Peripheral has nothing to do with nuclear warfare or drones revolting. It is instead about very human concerns that hold true at any point in time and through any technological development. 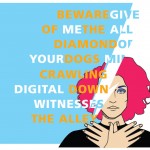 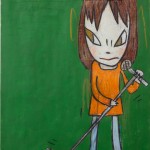