Known for its exhilarating weeks in December, Miami’s art scene revolves around Art Basel and other important art fairs. During the summer, most galleries opt to close or extend their ongoing exhibitions in order to reduce costs. Like most Miami businesses, they let the off-season pass by and use the time to prepare for the next big exhibition.

However, this year, two of the main photography galleries in Miami’s biggest art district, Wynwood, decided to use these months to display work by local emerging artists and Florida International University students. This may be a response to an incident at the Perez Art Museum where a local artist smashed one of Ai Weiwei’s pop art vases in protest of important art institutions only exhibiting international artists, but it is still a decision worth noticing as it gave local artists the summertime spotlight.

Dina Mitrani Gallery presented Freshly Squeezed, an exhibition of photographs by several artists ranging from undergraduate students to professors. Established artists represented by Mitrani are FIU professors Peggy Nolan and William Maguire, as well as Miami-based Marina Font and Chicago’s own Colleen Plumb. Meanwhile, ArtMedia Gallery invested all its space in displaying various years of work by Jorge Sanchez in a solo show, The Opa-Locka Effect, containing more than thirty photographs. ArtMedia in the past has exhibited work by artists like Jose Diniz and Patricia Van Dalen, as well as the first photographic work of curator Jose Antonio Navarrete.

In a gallery that usually requires a developed career and resume, Dina Mitrani’s group exhibition proves to be truly refreshing: it allowed guest curators Jesus Petroccini and Julian Pardo to freely display a diverse collection of Florida-inspired works that, as the curators intended, break away from the expected stereotypes often seen in the area. Including an ample range of sizes, subject matter, media, and both color and monochrome photographs, the exhibition flows counter-clockwise and seems to travel from one theme to another. And although the audience might wonder if one or two images are enough to understand each artist’s intent, the show succeeds in shifting the viewer’s attention towards the locality and variety of the works. It makes a strong statement regarding the availability of work being produced and the artists’ sources of inspiration, particularly from an insider’s perspective. Which is very unlike the recently produced Postcards from America by Magnum Photos, which exploited Florida’s subject matter for material worthy of photojournalism. 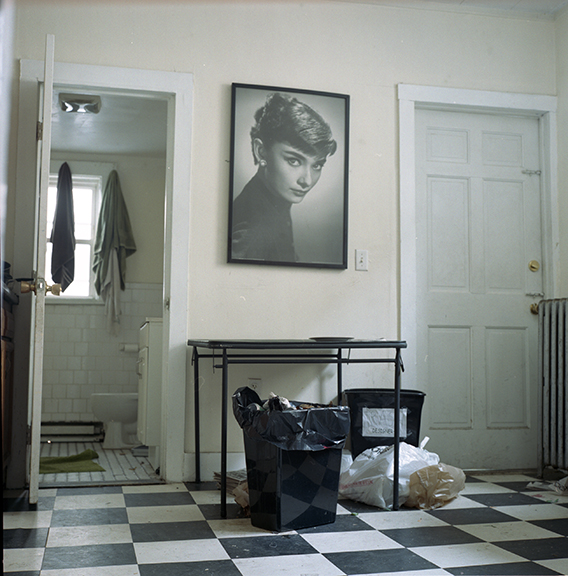 ArtMedia Gallery’s exhibition has become the third significant and recent showing of work by Sanchez, who previously displayed at a solo show at 6th Street Container Alternative Gallery and at the Frost Museum’s BFA show curated by David Castillo. However, The Opa-Locka Effect makes use of experienced curator Jose Navarrete’s expertise to maximize space and still comply with Sanchez’s vision of a minimalist grid. In the result was the minimalist movement’s predilection for repetition and seriality to show both the similarities and differences between the facades of the buildings photographed. These warehouse portraits, rather than focusing on the decaying conditions of the buildings, work with the structures’ personality while also describing Florida weather and environment. Simultaneously, their minimalist qualities bring the viewer’s attention to the two-dimensional abstraction achieved by the artist, who believes it is now time for his work to travel outside the city as a declaration of the pleasing aesthetics that can and have been documented in the area.

With two different approaches, and whether these exhibitions will succeeded financially or not, it is worth recognizing that these galleries chose to take the risk of losing potentially bigger sales to give their space to local emerging artists who could previously only have hoped to see their work on these walls someday in the future. No matter what inspired these galleries’ owners, and regardless of the Ai Weiwei incident, it is still a significant step toward growing attention and commitment to Miami’s artist community. Perhaps this will inspire others to explore some of the city’s local talent even during the off-season. 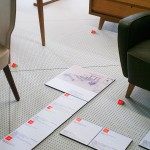 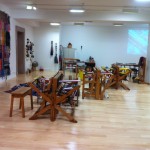