When a colleague at the School of the Art Institute of Chicago mentioned volleyball as one of the ways he was spending his summer, he must have recognized in my face the spark of interest I felt. He stopped talking and said, “what, you like volleyball?” 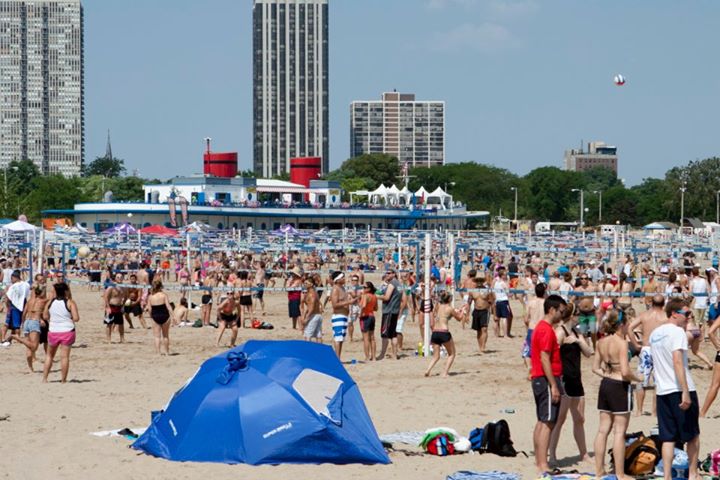 When a colleague at the School of the Art Institute of Chicago mentioned volleyball as one of the ways he was spending his summer, he must have recognized in my face the spark of interest I felt. He stopped talking and said, “what, you like volleyball?”

Growing up on the Mississippi River meant summers playing volleyball with my parents and their friends every weekend. They drove little outboard motor boats, weighted down with coolers full of beer and snacks, to one of hundreds of sandy islands that pepper the wide water between Minnesota and Wisconsin. As a grown-up tied the boat to a tree, my feet would touch the wet sand finally, and away I went. But as years went by, exploring the islands with a good stick grew tiresome, and I wanted to do what the grown-ups were doing.

So they taught me to bump and set a volleyball, how not to fear a dive—it was only sand, after all—and when to make it known to my teammates that a particular shot from the opposing team was mine to return. When the prospect of playing in a league with fellow art school folk, with SAIC employees, alumni and other grad students, presented itself I wanted in.

One company runs all of the organized volleyball that takes place along Chicago’s shores. The then-struggling Chicago Sport and Social Club was acquired 13 years ago by Jason Erkes, a native of the Chicago suburbs with a disarming smile and the whitened teeth of an entrepreneur. Today, revenues are around $7 million, and the company has 5,400 leagues in 20 sports, with 100,000 players and a stronghold on the best playing facilities in the city.

Unlike other cities, Chicago offers no municipal sports leagues. Here, it’s just Jason Erkes’ company (and competitor Players Sports Group) with its lock on park facilities permits through 2017. Volleyball games in Chicago happen every night of the week at the North Avenue, Montrose and Oak Street beaches. 20,000 players man 1,200 teams.

On approaching the North Avenue Beach last Thursday to join my art school comrades, I parked my bicycle behind the park building, a weird ocean-liner- inspired space for eating, sitting and renting equipment. I rounded the “bow” of the building, and between me and Lake Michigan appeared a sea of volleyball nets and a flurry of limbs. Rows of courts were 10 deep and 30 wide, at least, and my teammates could not be found with any cursory glance.

I took a walk up and down the beach in search. Balls flew out of their courts and were quickly returned by teams in adjacent courts. Somehow, the melee worked. Matches took place, games were completed, and winners and losers emerged. After the first game, after I had found my team, the overcast sky broke and rays of evening sun carried the aqua scent of the lake up from the shore. We could all ignore the claustrophobic beach around our court, undulating with a thousand bodies. I felt the sand when my feet stepped into it and watched the ball arcing from my fist toward our opponents. 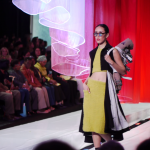 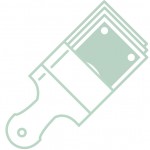 Paint by Numbers: S.A.I.C. Is the Most Expensive Four-Year...