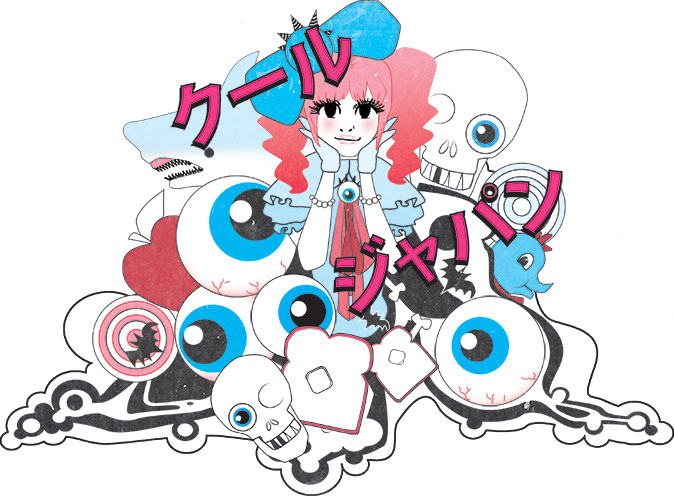 On March 5, I watched a performer in an electric blue, Chuck E. Cheese-esque rabbit costume prance around an oversized play room. A giant fuchsia-colored monitor resembling a deformed Game Boy displayed CGI images of llamas, skulls, and candles while an expressionless girl wearing a dress made out of deconstructed stuffed animals sang off-key songs about ninjas, chewy candy, and shooting laser beams out of her eyes. I wasn’t staring at my basement wall after doing peyote. I was at Chicago’s House of Blues, watching J-pop phenomenon and viral video idol Kyary Pamyu Pamyu.

Affectionately known to fans as “KPP,” Kyary Pamyu Pamyu is the stage name of recording artist Kiriko Takemura. Though lauded worldwide for her grotesque take on the kawaii (roughly translating to “cute” or “adorable”) aesthetic and Harajuku fashion, her image is an innovation on a proven formula for success, just like most idols before her.

Although one of the only unique things about Kyary may be her unprecedentedly scatological and infantile aesthetic, her appeal is not about originality, talent, or passion. Her affect, shallowness, and abject cuteness are half of her commercial draw. Regardless of how much autonomy she wields in crafting herself, she is the result of a concerted attempt to construct a highly consumable product that both parodies and affirms the commodity aesthetic of “cuteness,” while creating powerful social imaginaries about Japan.

Kyary’s Chicago show was one stop on her second world tour (sixteen performances in eleven countries across Asia, Europe, and the U.S.) promoting her new album Nanda Collection. Her shows are consistently sold out from Seattle to Singapore. Online, she has 1.6 million followers on Twitter, and her over-the-top YouTube music videos usually garner around ten million views, or 52 million in the case of her hit single “PonPonPon.” Watching the ravenous sea of twenty-somethings, tweens in pastel-tinted Lolita outfits, seven- to eight-year-old girls with bleach blonde bob wigs (and their parents) packed into the venue brought home the fact that Kyary is arguably the now the biggest icon of J-pop and kawaii in the U.S.

The crowd roared as Kyary addressed the audience in Japanese and broken English, though most couldn’t understand what she was saying. As she attempted to show the audience how to do “ninja moves” for her song “Nijari Bang Bang,” I noticed a spindly 15-year old boy wearing wireframe glasses at the bar table next to me sitting in front of a pile of KPP merchandise. While his dad was idly checking his phone, the boy turned around and said, “We’re having fun. This is fun, right?” and asked his dad to snap a picture. As the camera phone flashed and the boy flashed a peace sign while cocking his head, it hit me how strongly culturally “fragrant” Kyary’s performances are. Koichi Iwabuchi argues that in the transnational consumption of cultural products, there are distinct “cultural odors” emanating from commodities that produce representations (often stereotypes) about the culture and lifestyles of the country from which they originated. Kyary sang songs about things like ninjas and furisode (kimonos for unmarried women) and spoke almost entirely in Japanese, which, for many, was a major part of her commercial appeal. While all culture is constructed, Kyary’s image functions by selling essentialized images of zany “Japaneseness” to her audiences.

In Japan, her visage promotes travel campaigns for airlines and adorns millions of billboards for KFC, pudding, and cell phone commercials. Recently, the mayor of Shibuya officially dubbed Kyary the “Kawaii Ambassador of Harajuku” with the “duty” of spreading Harajuku culture worldwide, and she became associated with “Cool Japan,” the government-run campaign that intends to capitalize on the transnational popularity of products like J-pop, anime, manga, and cute-cool characters. In the wake of journalist Douglas McGray’s 2002 article “Japan’s Gross National Cool” emphasizing the nation’s power as cultural producer in the past decades, the Japanese government formed the million-dollar initiative that intends to stimulate Japan’s GDP by creating markets for Japanese products across the globe and fostering a youth-centric familiarity and identification with Japan.

While the actual success of this program is hotly debated, the social effects of Kyary’s cultural fragrance can’t be overlooked. Kyary explained in an interview with Jeff Yang of The Wall Street Journal that she wanted to “spread the word of kawaii to the rest of the world” with the desire to “see it embraced by everybody.” The buzzword kawaii, and the overwhelming “cuteness” it implies, has largely become accepted as a facet of Japan’s domestic and transnational image.

As Sianne Ngai argues, “cuteness is a commodity aesthetic with close ties to the pleasures of domesticity and easy consumption.” It is in this way that it becomes “a way of aestheticizing powerlessness … which is why cute objects — formally simple or noncomplex, and deeply associated with the infantile, the feminine, and the unthreatening — get even cuter when perceived as injured or disabled,” and illustrates a “sadistic side to this tender emotion.” Kyary’s image seems to fully embody this “grotesque” commodity cuteness. The cover for Kyary’s autobiography Oh! My God!! Harajuku Girl (2011) features her as both girlish and injured; she wears strawberry cake on her head and a frilly pink dress but has a bloody-looking drip of strawberry jam falling from her nose.

While Iwabuchi reductively claims that the immense profusion of Japan’s cultural exports in the past few decades have become “odorless” through localizations in different contexts, Kyary Pamyu Pamyu is proof that a constructed idea of “Japaneseness,” whether it be through kawaii-ness or Harajuku-ness, can become a crucial selling point. Her image uncritically realizes the gross, and the grotesque, commercial power of nation branding and all things cute, revealing the messy ways in which representations of national identity can underpin the appeal of some products. 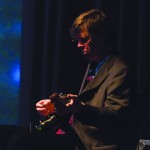 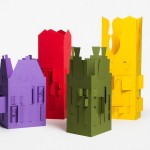