Growing up in the south of France, I have very vivid memories of evening strolls on the port, where dancers and buskers performed for tourists and locals in order to make a living. Every summer, a group of Brazilian dancers would return to dance capoeira and perform body percussion, drumming their hands on their stomachs. I was not surprised to hear that French dance troupe Compagnie Käfig‘s double bill performance Correria and Agwa at Columbia College Dance Center had emerged from a fortuitous encounter between French choreographer Mourad Merzouki and a group of Rio de Janeiro dancers.

Merzouki studied martial and circus arts from a very young age before he discovered hip-hop culture and started dancing. His style emerges from this diverse intertwinement of inspirations. With a career spanning 16 years, Merzouki is both prolific and established as a choreographer in both France and internationally. He has directed the Centre Choréographique National de Créteil et du Val-de-Marne (National Choreographic Center of Créteil et Val de Marne) since 2009.

Correria and Agwa are not Merzouki’s first experiment with non-French dancers and foreign dance styles. In 2000, he collaborated with South African choreographer Jay Pather for the beautiful Pas à Pas, a marriage of Zulu dance and hip-hop. In 2012, he also teamed up with the National Chiang Kai-Shek Cultural Center (NTCH) for YO GEE TI.

2010’s Correria (Portuguese for “running”) is an athletic piece that left visitors to the Columbia College Dance Center out of breath and myself surprised the dancers weren’t feeling the same. In the cinematic beginning, dancers run in a circle like reels of film, the sound of their feet on the ground backed by a ticking soundtrack. Later the metaphor materializes in the form of a sepia-colored video projected at the back of the stage, echoing the running motion of one dancer.

The show opens with a somewhat cliché nod to the origins of the dancers with them singing Sergio Mendes‘ Magalehna a capella. But when the beat kicked in and the voices grew stronger I got goose bumps. Correria is extremely fresh, full of spontaneity and passionate rhythm. The dancers are honest in their performance; their facial expressions testify both to their intense effort and to their pride and enjoyment. Their movements are punctuated by beautiful imperfections, and they convey a touching singularity in unison. The passages of corps à corps, proper to contemporary dance are peppered with breakdance humor and playful Capoeira.

The 11 dancers are at once endearing and incredibly sexy. They have an outstanding technicality in their movement — one of them bounced on the crown of his head through a forward flip, which took my brain a few seconds to process — and a lightness that would make a ballerina jealous. Choreographically, Merzouki incorporates Hip-hop musicality — hitting beats or sharp sounds and lingering on melodies and longer notes — on all types of music, including classical and opera pieces, and refers to old school elements such as popping, locking and mime style performance.

The second of the two pieces, Agwa (“water” in Portuguese), opens up to a stage filled with towers of plastic cups. Two dancers start moving to the intoxicating sound of a Haitian Chorus. The wind created by their energetic movement make some of the plastic cup towers collapse. Suddenly, the entire company runs across the stage making the remaining towers inevitably fall. While one dancer performs a soft solo of waves in the confinement of a spotlight, the rest traverse an almost unlit stage on hands and knees. Like a repairing sea, they place the fallen plastic cups in perfectly parallel lines.

Merzouki’s background in circus arts truly shows in Agwa. His dancers use the cups as props, balancing piles of them on their hands and making precocious towers undulate to the music. The subject of Agwa is serious — a natural resource that is dwindling worldwide — yet Merzouki incorporates humor into the piece. As the choreography reaches a climax the dancers throw their plastic cup towers in the air while one of them performs a head spin. The cups rain down onto the stage in a spectacular sight, bringing the crowd to cheer and applaud. Under the stage lighting, the plastic sparkles. 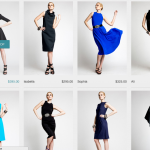