The Experiences of a Trans Student in the Writing Department.

The Experiences of a Trans Student in the Writing Department 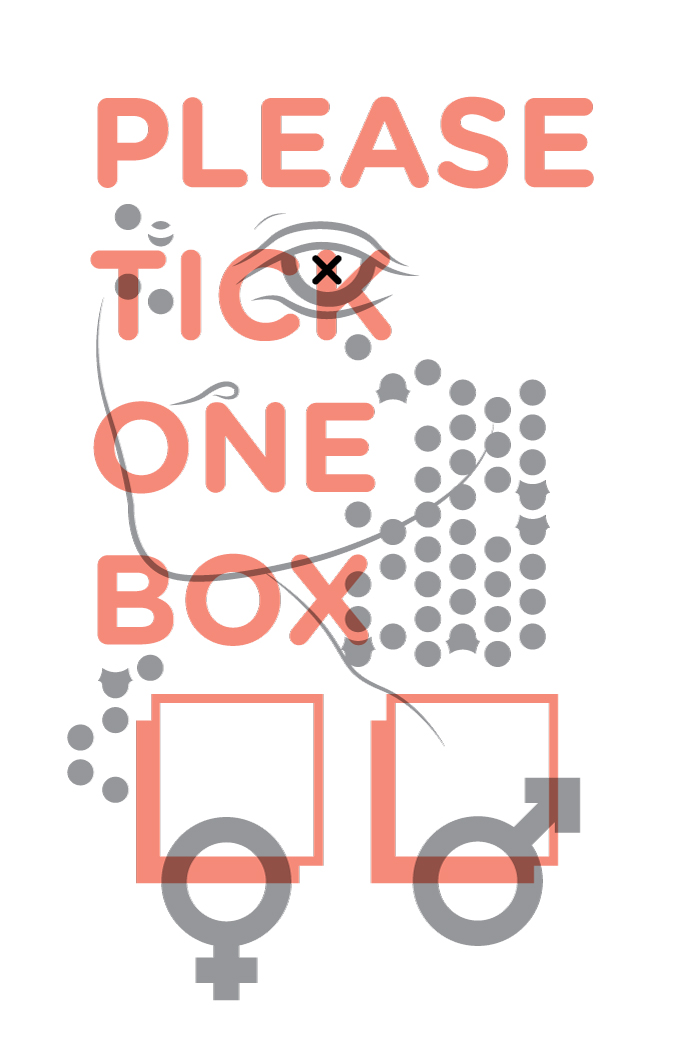 It all began with the admissions application. One of the first requirements was to fill in my name. I hesitated to write my birth name. I wanted to write my chosen name but worried about the consequences of doing so. That initial feeling of uncertainty came up again when I reached the gender section. Most people would select male or female without much thought. I took a long pause at that part of the application. I thought about choosing male. I don’t identify as male or female. However, I feel more visible when people identify me as something other than the gender I was assigned at birth. Why wasn’t there a space to write in my chosen name, my gender or my pronouns? The truth is, I was too afraid to ask these questions before I was accepted into the School of the Art Institute of Chicago (SAIC).

Right before school started, I celebrated my twenty-second birthday. My mom ordered a cake with white frosting and six balloons—one for each color of the rainbow. Below the balloons, the cake read “Happy Birthday Hannah.” That was the last time I wanted to see my birth name anywhere. When I went to register for an SAIC identification card (ARTICard) a few days later, I wrote down my chosen name on the form. I was told that I was required to use my birth name. They sent me to the registrar, who questioned my name change, which made me question myself.

This is the issue that began my trans activism at SAIC. I met with James Britt, the Director of Multicultural Affairs at the time. He helped bring the name change issue, along with other trans concerns like training for faculty and staff, gender neutral bathrooms and housing and trans inclusive healthcare to staff members and people in the administration. This included people from student life, student affairs, the financial aid office, the ARTICard office, technology services and the registrar. They discussed trans issues and made decisions about trans people without any of us present.

One of the main reasons I was not allowed to change my name on my ARTICard was because of “security concerns.” What the school didn’t realize was their lack of accommodations for trans students made me feel incredibly unsafe. Every time I used my ARTICard or every time someone sent me an email, my birth name was revealed, which allowed people to make assumptions about my gender. I was forced to out myself to administrators, professors, staff, and fellow students because the school did not allow me to use my chosen name. Even after I would out myself, people would still treat me as if they did not know I identified as trans. I was suicidal during my first few months at SAIC because the school refused to recognize me as a trans person. The school acted like my body, mind and identity were unreal.

After many exhausting meetings with James Britt, then Director of Multicultural Affairs, I finally decided to contact a lawyer. I sought out legal support so that the school would take my concerns more seriously and expedite the process of granting me an ARTICard with my chosen name. Attorney Owen Daniel-McCarter wrote a letter to the school stating that denying me a name change was illegal under the Illinois Human Rights Act (775 ILCS 5/1-101), the Cook County Human Rights Ordinance (Cook County Ordinance No. 93-0-13) and the Chicago City Code (Municipal Code of Chicago Chapter 2-160). It was also a violation of the school’s own non-discrimination policy. When I got a lawyer involved, the administration finally paid attention, and I immediately received a new ARTICard that read “H Melton.”

Even though I acquired a new identification card, other problems remained. Many of my problems at SAIC revolve around language. I always make sure to introduce myself as H. Melt and state that I use they, them, and their as my pronouns. Minutes later people misgender me. I keep quiet in my classes due to a fear of misgendering. The majority of the professors and students in the writing department are cisgender women. Many of my professors and peers assume I am one of them. I’ve heard the head of my department use the “T word,” been assigned outdated and objectifying readings about “transvestites” written by cisgender men, and had a professor repeatedly refer to an entire classroom as “ladies.” I’ve adopted an aloof posture so I don’t break down every time I walk into the school.

I write about being a trans and queer person in Chicago. When I read poems specifically about being trans, people still treat me as if I am talking about someone else, as if my art is separate from my life. Maybe this is because my department is so heavily focused on fiction, and it is rare that people write explicitly about their own lives. Because there is so little awareness about trans identities in my department, I have received little critical feedback on my work. Either people praise it as revolutionary because they don’t know any trans writers, or they avoid talking about the trans content out of fear that they will offend me or have to question their own ideas about gender. During my time at SAIC, I have not learned much about writing because I’ve spent so much time educating everyone else about trans and queer issues.

I knew I was not the only trans person having difficulties at the school. After dealing with these issues privately for over a year, I decided it was time to organize a public conversation. Along with Rashayla Brown in the Office of Multicultural Affairs and Kevin Sparrow, a friend in the writing program, I organized an event called Trans @ SAIC: A Discussion with Students, Faculty, and Staff. It featured the voices of trans and gender nonconforming people from across the school — including Mickey Mahoney, Natalia Nicholson, Wolfie Rawk, Oli Rodriguez, and myself.

On the day of the event, the first floor of the LeRoy Neiman Center was overflowing with administrators, teachers and students waiting to hear our stories. Judging by the large attendance at both this event and the Transgender/Arts roundtable two weeks prior, trans art and education are of great interest to the SAIC community. Seeing so many people in the audience and sitting next to the other panelists made me feel real support for the first time at SAIC. The panel spoke about a wide range of topics including respecting pronouns and chosen names, medical and mental health needs, incorporating trans topics into the classroom and the difficulty of receiving critical feedback on our work. For me, the most unexpected moment occurred when Natalia said, “I didn’t know we had rights,” until her involvement in the event. The discussion both empowered trans people to speak for themselves and taught the school to listen and respond to our needs. Hopefully, the event will be a catalyst to make SAIC more inclusive of trans people and all marginalized people within the school.

When I first experienced problems as a trans student, I was hesitant to call attention to them because of my own privileges within an academic institution. Many trans people face much more pressing concerns like homelessness, unemployment and physical violence. I realized that it’s important to combat transphobia everywhere that it exists. I want every classroom, every school to be inclusive of trans and gender nonconforming people. I want every space in the world to be inclusive of trans and gender nonconforming people. We must point out transphobia wherever it occurs and work together to eliminate it from our schools, our workplaces, our homes and our daily lives.

SAIC The Right To Use My Own Name
« Previous Story 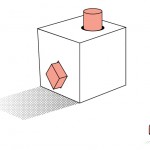 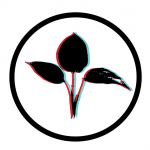 2 Responses to The Right To Use My Own Name