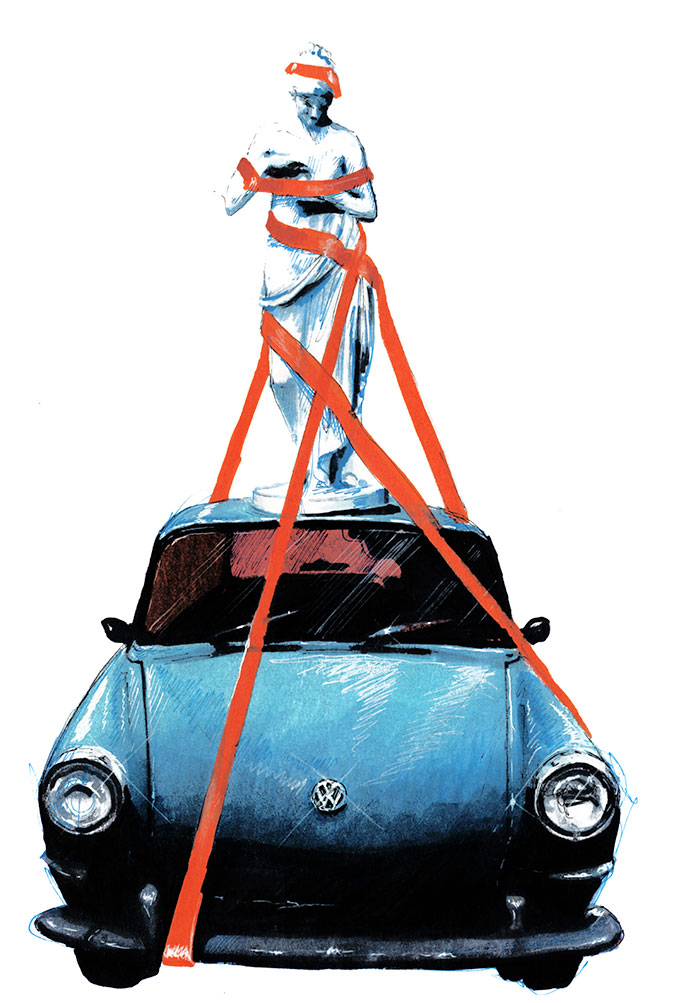 Society of Smallness, Trunk Show and the J.T. Baker Chemical Company are all, to some degree, artist projects. They present themselves quite seriously in press releases and online, drawing on their standing as a society, a gallery and a business, respectively, to present the everyday and the ordinary as something extraordinary. Last February the Society of Smallness (SoS), led by Georgina Valverde and Matt Stone, continued to expand the artistic possibilities of a handbag. They took Meg Duguid’s purse, also known as Clutch Gallery, on a tour of Logan Square homes as part of the Second Floor Rear festival. Their performance, “Unsuspicious Activity Around an Attended Package,” included guided tours of the minute venue within the informal art spaces, apartments and galleries that make up the festival.

This past December SoS launched an entire arts district within a residence on Thomas Street: Mini-Exhibitiothon II, the Duchess Credenza Arts District. Visitors to the exhibition frequently congregated at the door, unsure if this was indeed the “arts district.” Upon entering, a friendly portly gentleman sat on the couch to the right of the entrance, Patrick McGee, offered vintage stereoscopic tours of the Palace de Fontainebleau. He also suggested walking to the second floor and down the back stairs into the kitchen to view the rest of the exhibitions.

The first works presented themselves in the stairway in a venue called The Ledge, which was just that, a ledge in the stairway. The show in The Ledge, curated by Terah Walkup, was called “Pocket Sanctity: Pilgrimage Eulogiae.” The collection featured materials inside small vessels, gathered at religious pilgrimage sites in Jerusalem: burned oil, used water and pebbles. Small cloths were provided to touch the eulogiae, thereby transferring some of the holy power from the object to a place in a visitor’s pocket.

The venue directly after The Ledge was The Mansion, with the exhibition “Rehab,” curated by Annie Morse. Really a dollhouse, the structure was dated from the 1700s according to a stamp on the exterior. Each of the seven rooms of The Mansion contained a work by a different artist. Amy Yoes installed an iPod, mimicking a flat screen TV, that played the video Equator. Tiny, colorful baggies, ostensibly used to transport illicit drugs made up a miniature area rug by Patrick McGee. The works fit perfectly into the structure by assuming the roles that works of art play in any normal house or gallery. The Mini-Exhibitiothon II continued down the stairs with another eight venues.

Trunk Show was named the best new art gallery on a car bumper by Newcity in their 2013 “Best of Chicago” issue. The project features month-long solo exhibitions that consist of a commissioned artist bumper sticker affixed to Trunk Show directors Raven Falquez Munsell and Jesse Malmed’s beat up, 1999, forest-green Ford Taurus. The stickers are for sale, out of the trunk at each exhibition and through a now sold-out yearlong subscription. The project has featured Eric Fleischauer, Assaf Evron, Jodie Mack and most recently, Deborah Stratman.

Each of the Trunk Show openings have been in different locations, the first was at the Nightingale, then at Eckhart Park and in an amazing feat of administrative genius, on the concrete apron of SAIC’s Columbus building, just south of the main doors to the school. For Stratman’s opening, the location was TBA until the last moment. A part of a larger project about “the geological formation, man-made induction and psychological import of sinkholes,” Stratman’s bumper sticker read “Honk If You Love Sinkholes,” and the directors were hoping for a sinkhole in Chicago to develop just in time for the opening. Unfortunately for Trunk Show, Chicago’s surface stayed intact for the day and the opening was held in the Whole Foods parking structure on Kingsbury. For those who didn’t have time to grab lunch beforehand, Trunk Show’s new sponsor, the J.T. Baker Chemical Company catered the event with a unique layout of snack offerings inside the trunk of the car.

The project’s premise as a serious art gallery extends beyond the openings or language in the press release. For example, many of the bumper stickers or solo exhibitions, as the directors call them, are extensions or promotions for existing projects for the featured artist. For Assaf Evron’s exhibition in October, he created a site-specific work and conducted a site visit to the Taurus to conceptualize his bumper sticker, which was based on the Ford logo and is meant to be seen while the gallery is moving in traffic. Beginning with Jodie Mack, the artists have also been giving talks at the openings, taking a moment to describe the exhibition in the context of their practice or relating it to other projects. Their sponsor, the J.T. Baker Chemical Company, is an artist-run project headed by Chief Operating Officer Kyle Schlie and based in the University of Illinois at Chicago MFA studios. The partnership shares a sober and all business approach with humor at the core.

Trunk Show demonstrates an element of playfulness in its form. It incorporates traditionally erudite and mundane art world structures and language, but uses them to articulate the quotidian nature of the project. As Malmed said during a recent conversation about jokes and fun in the art world, “The more seriously you take the thing, the funnier it becomes.”

Even more than being humorous, The Society of Smallness, Trunk Show and J.T. Baker Chemical Company emphasize the importance of the quotidian in the art world and the power of commonplace in Chicago. The Society of Smallness is a descendant of apartment galleries, a widespread practice in Chicago. Trunk Show finds precedents in a project like “Your Message Here, (Billboard Exhibition)” in association with Randolph Street Gallery in 1990, which commissioned artists to create and install work on billboards around Chicago.

Whether these ongoing, alternative projects are continuing traditions or starting new ones, what is clear is that viewing art in a stairway, in a parking garage, in a dollhouse, in traffic or from a trunk is a good joke. It also challenges the preconceived notion of what viewing art might be. Through plays on size and place, these projects are inviting visitors, participants, fans and friends to move past walls to recalibrate the way we see and experience a work of art. 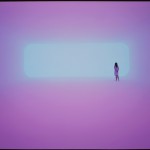