Shouldn’t sperm donation be open to all eligible donors, regardless of who they sleep with?

Structural Homophobia in the Seed Industry 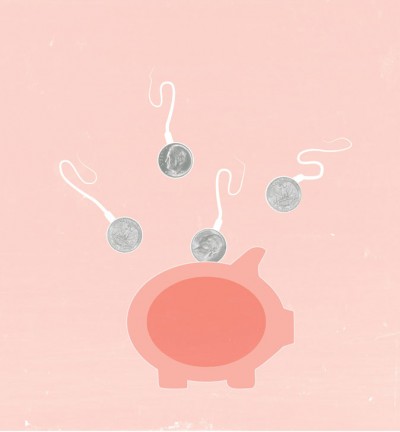 This winter, with $50 in my checking account, I started seeking alternative routes to earn money. My equally destitute girlfriend was considering undergoing egg donation, or the process whereby a woman is paid upwards of $4000 to have 10-15 of her eggs surgically removed at a clinic for future usage in in-vitro fertilization. When we read about the process and the terrifying long-term medical risks involved, like ovarian hyperstimulation syndrome, ovarian torsion, and possible bowel injuries, she began reconsidering. After a rigorous screening process that spans physical exams, personal questionnaires, and blood, genetic, and psychological screenings, the procedures for donating eggs involves self-administering daily shots of fertility drugs for five weeks. Then you have a needle forcibly inserted into the top wall of the vagina to penetrate the ovaries, and the doctor extracts some eggs. Both of our genitals hurt thinking about it.

Talking about egg donation made me consider its much less invasive sibling-process: sperm donation. Though the screening process is equally picky and rigorous (usually only 5% of potential donors are accepted), sperm donation is extremely simple. You just ejaculate in a cup, usually once a week or more. For one plastic cup of sperm, or specimen, you can be paid anywhere from $50-100. This means that you could earn almost $1,200 per month, for around 12 months, just to ejaculate into a cup instead of a pile of Kleenex.  My pupils turned to dollar signs and I began my pursuit to convert masturbation into capital.

I began my online application with Midwest Sperm Bank and started reading their specifications for donors. Though there were strange requirements for donors, like being 5′ 10”, having a B.A., and attending a four-year college, there was one especially disturbing detail. In addition to being classist and discriminatory against shorter members of society, it stated that the donor’s “sexual partners [must be] exclusively female.” I initially thought this was just a prejudiced policy of Midwest Sperm Bank, but after doing a quick Google search I realized that it was a part of the ongoing structural homophobia of US federal policies. Though I wanted to donate sperm purely for the profit, shouldn’t sperm donation be open to all donors, regardless of who they choose to sleep with?

Since 2005, the US Food and Drug Administration (FDA) has suggested that sperm donation clinics prevent “men who have had sex with men” (MSM) in the past five years from donating sperm. The usage of the medicalized acronym, MSM, indirectly addresses homosexual and bisexual men, as they are obviously the “men who have sex with men.”

The issue is rooted in the more historically visible FDA ban on blood donation from MSM, which has been in effect since 1983. At the time, these policies were put in place as a response to the AIDS epidemic. They put a lifetime ban on any man who had engaged in sexual activities with another man since 1977.  Three decades later, gay and bisexual men are still banned from donating blood. A 2010 government panel upheld this prohibition, even though tests can now tell if someone has a disease like HIV within a very small window period. While all donated blood and sperm is subjected to modern-day testing methods, the outdated logic that removes homosexual and bisexual individuals from the donor pool continues.

The same institutional prejudice preventing MSM from anonymous blood donation determines the FDA’s policies on sperm donation. They insist that the statistically larger incidence of HIV infection (the disease that causes AIDS) among gay and bisexual men is the reason for their decision. On a FDA document,, which serves as an industry standard for most clinics, they list “men who have had sex with another man in the preceding 5 years … (risk factor for HIV and Hepatitis B)” as the number one warning sign for clinicians to look for when rejecting potential donors. It is even listed above those who have “injected drugs for a non-medical reason in the preceding five years.”

This FDA mandate is certainly not news, as the FDA has unwaveringly endorsed it since 2005, and the media have not given it much coverage. Though MSM blood and sperm donation have been constant rallying points for gay-rights activists, part of their relative lack of contemporary visibility is because the FDA guidelines are not an outright ban. While this is true, most donation centers follow the suggested guidelines and will be blacklisted or warned by the FDA if they refuse. Countless clinics across the US still ban homosexual and bisexual men from donating, though some, like the (now-defunct) San Francisco-based clinic Rainbow Flag Health Services, have ignored the suggestions and accepted gay and bisexual donors.

The policy suggesting that gay and bisexual men should be banned from donating sperm is unscientific, as all donated blood and sperm is thoroughly tested by clinics for HIV and other diseases like hepatitis B. The screening process for potential donors is rigorous and takes months at a time. It involves multiple blood tests, urine tests, and in-depth examinations of a person’s medical and sexual history. Scott Brown, director of Communications at the California-based clinic California Cryobank, stated in an interview with F newsmagazine that the testing process is extensive and donors are tested for HIV “every three months.” This means that if a person initially tested negative for a disease like HIV, after the three month re-testing, clinics would definitively know which donors were infected. Individuals determined to have diseases like HIV are always ruled out as donors and their specimens are disposed of.

This protocol makes the fear that homosexual and bisexual men will contaminate the donor pool look absurd. As the gay rights group Lambda Legal suggests in a critical letter to the FDA,, screening should be egalitarian, with donation prohibitions based on “individual risk assessment.” In Lambda Legal’s plan, both homosexual and heterosexual individuals would be rejected if they had unprotected sex in past 12 months with an HIV-positive person or a person using illegal drugs, rather than just prohibiting gay and bisexual men outright.

Standards for heterosexual blood and sperm donation are inconsistent by comparison. As journalist Camille Beredjick observes in a report on these FDA standards, if a man “has had sex with an HIV-positive woman,” he “can donate blood after a period of just 12 months,” while MSM donors are immediately ruled out just because they have had sex in the past five years. The regulations don’t consider that individuals who have heterosexual sex are also at a high risk for HIV transmission. As a March Kaiser Family Foundation report observes, “Heterosexual sex has accounted for a growing share of transmissions over time, representing 25% of new infections in 2010.”  David Moore, a physician and long-time activist on issues related to HIV, told F newsmagazine that the ban on gay and bisexual sperm donation is “part and parcel of the policy of discarding blood that is donated by MSM” which “attempts to discourage gay men from serving as donors of body tissues.”

“It remains stigmatizing of a group of people and discourages safe and willing donors from participating in the donor pool,” said Moore. “It is not effective policy.”

Though I was qualified to do so, in the end, I never ended up donating sperm. Over the course of two months I ended up contacting the clinic through multiple emails and phone calls. Unless ignoring me was part of the first test, all I was left with was a claim from the receptionist that they had been “hacked” and lost data (someone disgruntled about bad sperm?). I decided that it probably wasn’t worth the effort. Even if I had kept calling for another month and somehow got accepted, I would have felt implicated.

Though the website for Midwest Sperm Bank, like many others, states that they work “with heterosexual couples, lesbian couples, and single women of all races, religious and ethnic backgrounds,” there is no sign that the FDA will actively include gay and bisexual men in this process any time soon. No matter how you slice it, stopping gay and bisexual men from donation because they are “statistically at risk for HIV” is like discriminating against other donors based on gender or race. It denies an entire demographic of eligible donors, ignoring the fact that countless gay and bisexual men practice safe sex. Regardless of what euphemisms are used to skirt around the issue, this policy is homophobic. Until the FDA decides to acknowledge this and change policy, the seed industry will remain a seedy place.