As of 2014, the Affordable Care Act has gone into effect. F Newsmagazine provides the basics and explains how to get covered. 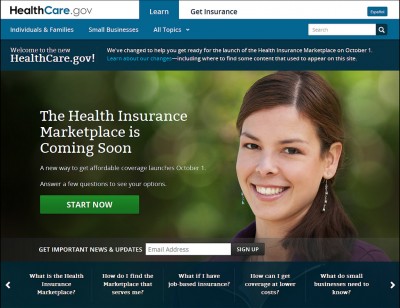 2014 is finally here, and in many states this past Monday was the cut-off date for uninsured U.S. residents who wanted health insurance by January 1.  Knowing the details, and the deadlines, of Obamacare is crucial for SAIC students who are considering getting coverage outside of the school and recent graduates who are looking for low-cost insurance. A 2013 online survey carried out by the Future of Music Coalition (FMC) and the Artists’ Health Insurance Resource Center (AHRIC), gathered that out of 3,402 U.S. based artist participants,  43% did not have health insurance. Under the expansion of Medicaid in Illinois (or County Care), anyone below 133% of the Federal Poverty Level ($15,281 individual, $20,628 couple – annually) which includes many artists, are eligible for nearly free health insurance.  But for those who are still in school, and those thinking of transferring from County Care coverage to Obamacare, understanding the Affordable Care Act can be a hassle.

The Chicago Department of Cultural Affairs and Special Events (DCASE) hosted a free event on December 9at the Chicago Cultural Center, where Chicago artists, and other residents could sign up for insurance with advisors and learn more about the Affordable Care Act. This event was co-hosted by the Chicago Department of Public Health and the AIDS Foundation of Chicago. Other Illinois healthcare organizations like Get Covered Illinois and Access Community Health Network attended to distribute information about their services. Beyond the utility of being able to sit down with an Enrollment Navigator to sign up for insurance, one of the most useful aspects of the event  was AIDS Foundation of Chicago executive director Daliah Mehdi’s enlightening presentation on the Affordable Healthcare Act, which answered many people’s (and my own) questions about its inner workings and effects. For those  Chicago residents, SAIC grads, and other students who missed the event or are confused about the impact of the Affordable Care Act on their lives, what follows is a run-down of some important information that will inform you about health insurance before the oncoming deadline.

One of the largest benefits of the Affordable Care Act is that insurers are no longer able to turn away individuals with pre-existing medical conditions. This means that insurers will have to pay for medical issues that would have previously made individuals uninsurable or have them lose their medical coverage. Additionally, each plan must now contain certain benefits, some of which Mehdi outlined as “outpatient care, emergency services, hospitalizations, maternity and newborn care, mental health and substance abuse treatment, prescription drugs, and rehab.” Adult dental coverage is not offered as a covered benefit under these health plans, and it is also not offered through Medicaid.

Though the federal website, or health insurance marketplace, for the Affordable Healthcare Act (Obamacare) has experienced a multitude  of technical problems in the past months, it is finally working smoothly on the front end. Still, countless U.S. residents are confused by the nitty-gritty of the Affordable Healthcare Act and how it will directly affect their lives and finances. For example, many are confused by the shifting federal, state, and insurer deadlines for healthcare enrollment. While it was popularly believed that January 1was the federal deadline for enrollment before receiving a fine, or “individual responsibility payment,” which consists of 1% of the person’s annual income, that deadline has been extended to March 31st, likely due to previous technical blockages on the marketplace.

Some previously existing health plans may be “grandfathered in” if they meet the standard plan requirements under the Affordable Healthcare Act. There are essentially two types of grandfathered plans, job-based plans, which are offered by employers, and individual plans. This means that for 2014 at least, some may be able to stay in these plans if those plans already cover adult children up to age 26, if they spend a fixed percentage of insurer premiums on healthcare rather than on administrative costs and if they do not have lifetime limits on coverage or allow arbitrary cancellations of coverage. With plans available through the marketplace, health coverage must stay at the price advertised when individuals purchase plans for the duration of the year, which means that people will pay the premium each month without having to worry about price increases.

There are also “out of pocket costs,” or the amount of money individuals will have to pay on top of their monthly premium. While some plans under the Affordable Care Act will have more expensive premiums than they used to, they will almost always provide much more comprehensive coverage. As Mehdi pointed out, these costs consist of co-pays and co-insurance. This is where variations on plans become more complex, as each plan has different amounts for co-pays and co-insurance. A co-pay is a set price you have to pay each time you visit a medical center or purchase a prescription, while the insurance company picks up the rest of the bill. On the other hand, a co-insurance is when you share the cost with insurers by percentage, which means you pay a percentage of a prescription or medical visit based on a fixed rate. For example, if you had a pre-existing condition like leukemia and you had to purchase a highly expensive medicine frequently, you would want to choose a plan where you have a less expensive co-pay, rather than a co-insurance, so you would pay less overall for medical visits and expensive medications. It is important to note that paying less in premiums will often result in more expensive co-pays and deductibles.

One of the other benefits of the Affordable Care Act is that plans may now be cheaper in addition to being more comprehensive and covering pre-existing conditions. One of the primary reasons why coverage is now cheaper is “because also under this law, the Affordable Care Act, insurance companies are not allowed to spend as much as they want on administrative costs,” said Mehdi. Mehdi explained that “administrative costs” often include “the CEO’s salary [and] the advertising campaign.” There are also new rules about what health insurance companies are allowed to do with the monthly insurance premiums. Under these new provisions, “80% of what you spend on your health insurance must go to direct health care by law,” stated Mehdi. While this is true, there are specific variables that can affect the price of your health insurance premium, which are your age, zip code, and whether or not you smoke. The zip code variable acts in some ways as a form of institutionalized racism by charging specific demographics more or less based on the density of an ethnic population in one area or another.

Under the Affordable Care Act each plan has a specific deductible. A deductible is the amount of money you pay out of pocket before your insurance company begins helping you with payments. There are different out of pocket- maximums or “limits” that you must pay before insurers begin to help you with coverage, which are yearly, regardless of how much medical coverage you need during a year.  A great aspect of the marketplace website is that once you plug in your numbers, it will tell you whether you’re eligible for Medicaid and if you’re below the federal poverty limit, which are dependent on the size of your household. For an individual, if you make “less $15,850” and if you make under “$21,400 as a couple” you will be eligible for Medicaid if you are a citizen of the U.S.

As stated previously, the fines for not having health coverage begin on March 31 up to a maximum of 1% of a person’s salary. If the fine goes unpaid, the rate will increase by one percentage annually. Sadly, paying off the fine does not give you health insurance, which means if you pay off the fine you will still need to pay the full price for coverage. While you will not have to pay for previous months in 2014 if you enroll by March 31, many states like California and Rhode Island have different state-based insurance exchanges with deadlines at the beginning of January. Get Covered Illinois is Illinois’ state based healthcare exchange, and if you are looking for health coverage by Feb.1, you must enroll by January 15. In many ways, as Holly Yan and Adam Aigner-Treworgy at CNN.com suggest, it is best to check with your states website to see the specifics of your state-based exchange, if your state is offering one. It is also important to check if your state legislatures expanded Medicaid (here is an interactive map) to those who are have income at or below 133% of the Federal Poverty Level ($15,281 individual, $20,628 couple – annually) and are not eligible for “state Plan” Medicaid (parent, pregnant, blind or receiving disability income).

News Obamacare is Here: Are You Covered?
« Previous Story 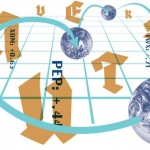 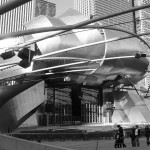