As media formats evolve, the field of Media Archeology examines repetitive motifs and outmoded technology as a rich area of study 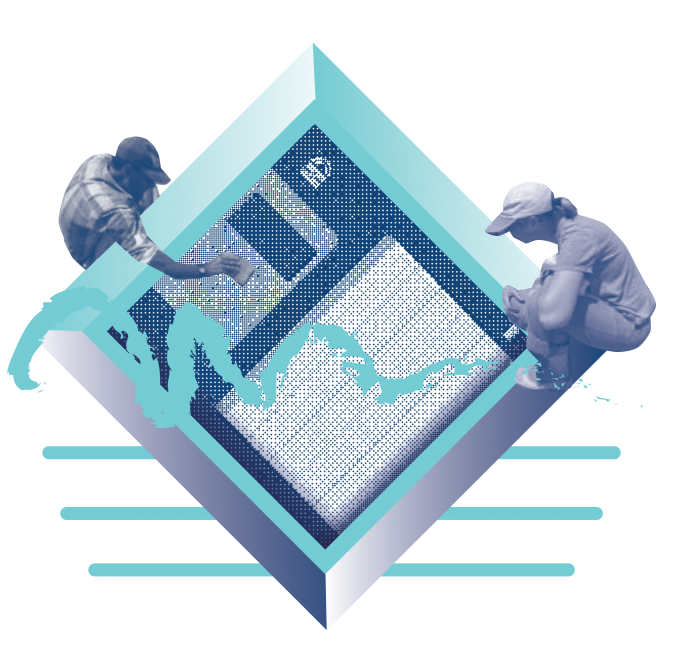 In the past decade, Media Archaeologies have become an increasingly prevalent topic of discussion for artists and scholars interested in media studies and the evolution of the ways information is disseminated. Many have thought of media archaeology as a way of understanding history. It operates on a timeline comprised of fragmentary epochs dictated by different media formats and protocols. Though various media formats may have utopic aspirations placed upon them, each become quickly outmoded as time progresses. It is for this reason that media archaeologies have become a far-reaching and intricate site of study.

Artist and theorist Erkki Huhtamo , often regarded as one of the earliest writers on the subject, was brought to SAIC to present for the FVNMA’s Media Archaeologies Institute lecture series, spearheaded by professor Eric Fleischauer. Huhtamo’s recent book, Illusions in Motion: Media Archaeology of the Moving Panorama and Related Spectacles (2013) looks to early forms of visual culture in search of a mirror to reflect the present. The Institute originally proposed as a course last spring has now evolved, in its inaugural semester, into a series of lectures by those who use re-discovered and outdated media through writing and studio practice. In his SAIC presentation, Huhtamo linked the U.S. painter John Banvard’s famous Mississippi River panoramas and the contemporary meme and image macro, through a concept known as “topos” (singular) or “topoi” (plural).

For Huhtamo and his contemporaries, topos refers to particular types of images that have recurring themes throughout history. These are not to be confused with icons, or more static images that do not change with time. They are far more complex and protean forms of imagery. In pursuing topos, media archeologists attend to moments where one image is destroyed in favor of a newer one that replaces it. These moments are interpreted as the forbearers of enduring cultural content that seems to transcend different generations. Topos are images we continuously return to, as we seek new forms that can satisfy the particular demands of the cultural moment. What is of particular interest for Huhtamo, is the inevitable reinterpretation of these themes and visual motifs between instances of new cultural production.

Huhtamo enters the field through semantic and semiotic principles, often tying visual phenomena to the key theorists of semiotics, like Roland Barthes and Ferdinand de Saussure. According to Huhtamo, the study of signs is comprised of their signifiers and signified objects, functioning as a useful template for recognizing and theorizing topoi. In this regard, certain signs have particular types of staying power, while their variables often change from one period to the next. While attending to previous eras and their own isolated characteristics, the dance between signifiers and the signified reveals the cultural currency of some signs to be more complex than others.  In addition to studying semiotics Huhtamo looks to the early texts of Aby Warburg and Andre Malraux as they conceptualized what would later be understood as visual culture.

Huhtamo sees repetitive motifs, traditions, and the constant area of play between old and new media as a rich area of study for Media Archeologists. He is interested in looking at the possibilities for media archaeological possibilities of cloud computing, as well as the topos of the “hand of God motif.”  For example, one can compare the detached hand on a Dirt Devil vacuum logo to the hand that assembles the set in Roberto Rossellini’s film La Macchina Ammazzacattivi (The Machine that Kills Bad People).

Fleischauer has particular sensitivity to the notion of topoi as he worked through the transition between analog and digital video formats in the 1990s. He cites this as an interesting learning curve in adapting to new media forms as well as on overall paradigm shift in how content is created and stored. He sees this as a prevalent issue not only in film and video but within other media as well.

Like Huhtamo, Fleischauer is interested in the cultural unpacking of topoi and meaning that can be gleaned from repetitive gestures of image making through time.  In addition to Huhtamo, Fleischauer recommends other writers in media archaeologies such as Jussi Parikka, Siegfried Zielinski, and Wendy Hui Kyong Chu and artists such as Paul DeMarinis, Gregory Barsamian, and Daniel Rehn. Considering the SAIC faculty, Fleischauer recommends the work of James Connolly and Kyle Evans who created the project Cracked Ray Tube, which alters analog technology like televisions to produce distorted noises and images.

For Media Archeologists like Huhtamo and Fleischauer, media history consists of forms rather than specific events. As systems and media formats evolve, components or sets of data (like images, texts, and codes) are left behind. While data may be lost, these shifts beg the question of what data can be transferred to the new platform of dissemination and production. Constant attempts have been made to mitigate these challenges, such as “migrating” media to new formats. Information inevitably falls victim to the evolution of these platforms. In the contemporary moment, stacks of media containing mass amounts of unused data sit, housed in a multitude of outdated formats.

Both media and platform exist in an interlocking relationship of dependency. For example, a paper computer punch card would lose its significance without a mainframe computer that interprets its data. Conversely, the mainframe would be irrelevant without its stack of program cards to run through its apparatus. A 5.25” floppy disk of the computer game Oregon Trail formatted for the Apple II platform would need not only specific computer hardware, but also particular firmware and a compatible operating system as well.

The practice of media archaeologies involves digging through layers of existing technology to discover the content of existing but otherwise unused systems. The efforts of media archeologists like Huhtamo and Fleischauer uncover flows of data from yesteryear that serve not only as historic moments in their own right, but reveal a consistency in the kind of information we like to store for later remembrance. The formats of the past as media archaeologists theorists and practitioners continue to reveal, influence future iterations of media. Media Archaeology indicates that no format is final. The glitches of the past can become the aesthetic pleasures of the future.

Arts & Culture In Pursuit of the Topos
« Previous Story 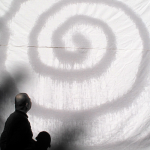 One Response to In Pursuit of the Topos