The Utopian Daydream of 3D Printing

An interview with Chicago DIY makers and hackers.

We have entered the age of a new industrial revolution where plastic is trending as a commodity and is being used to create customized objects like miniature busts or the perfect pair of scissors. The Maker Movement is a DIY subculture that turns passive consumers into producers, and it is gaining momentum and creating a frenzy of utopian dreams. Desktop-sized 3D printers are inciting new ways to think about technology and at-home manufacturing.

Liz Neely, Director of Digital Information and Access at the Art Institute of Chicago (AIC), quickly realized the practical uses for 3D printing at the museum level — which urges people to think differently about the art collection. She paired up with SAIC professor and 3D-printing guru Tom Burtonwood and their collaboration is the vigor and the vim of the Maker Movement. Liz and Tom met with F Newsmagazine and discussed the maker culture alongside disruptive issues with 3D printing, and why this will change our approach to looking at three-dimensional objects.

Jen Mosier: How did you get involved with 3D printing?

Liz Neely: I was involved with other Maker Movement activities and attended the The Met’s “Makerbot Hackathon” — an event where a ton of DIY-makers, software engineers, or graphic designers collaborated to share files and ideas, and recreate pieces from the Met’s collection. I tweeted Tom to find out if he was there. he was. so this kicked my butt into bringing the hands-on approach of 3D printing to the Art Institute. I felt an urge to pursue ways to create different reactions with the collection. With 3D Printing, seeing is believing. I watched it inspire people and make them excited about looking at art.

Tom Burtonwood: In terms of how I got involved, I was a big science-fiction nerd reading William Gibson’s book “All Tomorrow’s Parties,” where he talks about faxing a teddy bear from Houston to Paris. The bear would be reassembled atom-by-atom and particle-by-particle. Although we’re not there yet, we are getting closer.

At SAIC, I saw the 3D printers in the Advanced Output Center and thought, “Wow, I want to do that.” Instead of cutting 2D shapes out of fiberboard and assembling them — which doesn’t have great resolution — the 3D printer essentially works to recreate an object by layering it out as plastic.

JM: The idea of 3D printing has been around for a while, so why has the media exploded over the topic recently?

LN: It has been around a long time, and as with any other technology on the verge, it’s also connected to an ecosystem of tool making and software accessibility. The MakerBot 3D printer we use at the Art Institute is more affordable than before. The software is mostly free and easy to understand, and your iPhone or iPad is used to scan objects or people. Plus, Maker Movement people are willing to share digital files online, creating this perfect storm of making things.

TB: What’s really pushed it out there is that certain patents have expired within the last five or six years. Since then, a project called the RepRap, a 3D printer designed to use off-the-shelf motors and parts, emerged. So if you had time and were not intimidated by electrical building (which is a fairly narrow demographic), you could build a 3D printer yourself.

JM: Is a RepRap a machine that can reproduce itself?

TB: RepRap is open source, so the logic is, if you have access to a 3D printer, then you can make another. It’s self-replicating. But these are notoriously hard to build, hard to calibrate and hard to maintain.

JM: So that’s where companies like MakerBot come into existence?

TB: MakerBot’s route was to take parts needed for a 3D printer and sell assembled machines. Other companies sell kits so you can build your own, similar to a RepRap approach. I bought a MakerBot because I wanted it to work. I was building a RepRap, but I didn’t get it finished. Although with that, I’m printing parts for a new version of the RepRap and I will finish it today.

TB: A collection of 3D printers in one location. I’m currently working with a few other people at our River North store called The 3D Printer Experience—a one-stop shop for 3D printing. We have workshops to teach people how to use the equipment, 3D printers to sell, and if you want a 3D head scan, we can print out your 3D portrait.

JM: Why is 3D printing important to a museum? Who benefits the most: visitors, curators or conservationists?

LN: Each group has its own challenges, but it benefits everyone. The public aspect of the program is very exciting because engaging with the collection is our goal. Just scanning an artwork, looking at it in all directions — the angles and the shadows — gives you a different relationship with the object. It’s important in a museum to have a platform for creativity. People stop by my office to see the MakerBot 3D printer, which inspires them to think more experimentally within a museum practice. I want more people to interact with it so we can start solving problems and changing the way we approach the art.

TB: When you go to a museum, you’re not allowed to touch the art. Now we can go to a museum, 3D scan elements of the collection and print them out — potentially to scale to see it from different angles. Since the beginning of the institution, artists have gone into museums to draw or paint, so this is the next extension.

LN: While it is a natural extension, the big difference is that we can share these 3D scans online, which means someone far away can also have a creative response.

TB: If you’re a scholar in Hong Kong, you could download the model, print it out on your 3D printer, and examine it. You can’t do that with a 2D image in a book.

JM: How many art-based museums are using this technology?

LN: Around four or five so far, which is not many. We’ve been having workshops to spread the word.

TB: It’s so easy to get into 3D printing because the bar to access is very low. I find the Maker community in general to be very open and generous people.

JM: Are issues of intellectual property law and copyrights discussed within the community?

LN: There’s a lot of misunderstanding in the media with terminology used incorrectly. An article from “Public Knowledge” (a non-profit dedicated to protecting Internet rights) stated a lot of people are applying the ideas we know from the music industry. However, the fact is there are a lot fewer intellectual property laws on objects.

TB: A contemporary artist might have something to say if you scanned one of their artworks and reproduced it to sell.

LN: In a museum, though, copyright is a different thing. The policy at the Art Institute is that you can do anything for personal use, such as taking the 3D scans and printing them, but as soon as you publish, it’s a different thing.

TB: Let’s say you’ve got a wrench or a chair. These are typically things that can’t be patented. No one’s going to come after me for making my own chair, but we’re definitely running into gray areas.

LN: And we’re always asked about people printing guns with 3D printers. It’s overrepresented on the bad end, and everyone wants to look at the scary side.

JM: With the big emphasis on online sharing, why are hackerspaces — the community-oriented physical places — necessary to the Maker Movement?

TB: Let’s say you take a miniature-Liz bust, put it on a turntable so it will spin when you get close to it, and add some eyes that will light up when you talk to her. You may know how to make it spin, but not how to turn on the eyes.

LN: Hackerspaces involve hands-on constructivist learning with a very supportive network. If you don’t know how to get the eyes to glow, someone will help.

TB: Hackerspaces are also a hot bed for entrepreneurial activities. As much as it is about sharing and thinking, it’s about business models and ways to make money. They create the ability to produce products we can take to market. Research and development is not doing this behind closed doors, it’s all experienced out in the open.

We are entering the age of the mass-produced customized object. Up until now, it’s just been the mass produced object. That’s a huge difference and not many people know that. Getting that message out and getting people to understand that they can customize anything, means…

LN: …we won’t have to buy anything ever again.

TB: Think about all the plastic crap in our lives that has failed or when you lose it … now you can take control of your environment. We are taking passive consumers and turning them into producers. 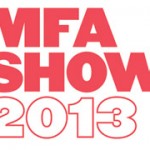 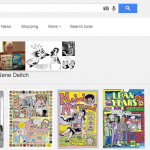 One Response to The Utopian Daydream of 3D Printing