A review by Abigail Ham.

Villains come in two types these days. There are the kind with diabolical world-domination schemes and hats that have horns on them or costumes that use a ridiculous amount of plastic. I’m certain those costume designers got their inspiration from the shiny plastic body suit days in the ‘60s and ‘70s. There are also the kind that sneak around like Klingonese P’tachs with chainsaws, masks, evil cackles, and grins that make you assume that filthy scenes of gore and physical suffering are soon to follow. That’s Hollywood, you guys. Textbook villains, characters that are so outrageous that you can stomach it, so out of the realms of real human suffering that you can walk to your car in your mini-skirt and heels after a scary movie and not worry that someone will pop out of nowhere and throw you in a pit of used hypodermic needles — these villains are not the kind that will keep you up at night fretting at the stability of your domestic safety. Hollywood villains don’t horrify, they just thrill. But these aren’t villains at all- they’re “bad guys” and nothing more. They don’t go beyond fiction and they never will.

Of course, the best movies are those with real villains, like “The Cook, The Thief, His Wife and Her Lover (1989)” by Peter Greenaway, in which the (should be) legendary Michael Gambon plays the despicable Albert Spica, a British mob boss turned restaurant-owner who abuses and humiliates everyone around him, especially his wife, Georgina Spica (Helen Mirren). The entire 124-minute film (or the 98 minute film, depending on which version you watch) takes place in the various rooms of a fine French restaurant run by Richard Borst (Richard Bohringer). The plot of the film is fairly simple — Georgina (Mirren) meets a man named Michael at the restaurant (played by Alan Howard) and has an affair with him, thus propelling the story into action.

But, this plot is only the most basic element, despite the frequent and heinous turn of events. The reason why I would bother to write about this film is because of my inability to finish the film. This is not a bad thing however — it means that the characters are so believable, the suffering is so monumental, the struggle so heart wrenching, that by the time I simply had to close my laptop screen I was on the brink of vomiting. I am not exaggerating. You should be warned that this film was rated X because of its pornographic elements, but that’s not what bothered me. Albert Spica is the most evil character I have ever experienced in a film or work of literature, so much so that as I write this review, I am actually reversing all of the self-debate I have on whether I should finish the film. This delights me, though, so don’t get me wrong here. I have a great deal of respect for actors who can make me sick to the stomach because of how vile their characters are and how well they make that vileness transcend the screen. If you’re tired of the typical Hollywood villain, you absolutely must watch Michael Gambon’s performance as Albert Spica. Spica is the perfect villain, the most wretched of bad guys, the example of absolute human cruelty and stupidity, and the fundamental antagonist to which all other antagonists should be compared. For example, at one point, Albert Spica drags his wife into the restaurant’s kitchen and finds a young dishwasher boy hard at work at the sinks. Spica insults his wife and the boy by describing his wife as a sort of nymphomaniac, then offers his wife to the boy to make him sexually mature. When the boy refuses, and is very clearly terrified, Spica drags both of them outside, crams them into the backseat of his car, and proceeds to rape his wife. This is a realistic evil that renders all of those world domination plots mediocre.

Visually speaking, “The Cook, The Thief, His Wife and Her Lover” is delightfully detailed. Greenaway was very thoughtful about the set design, with elegant references to Dutch still life and portrait paintings served on silver platters and plastered on walls. What made me giddy was how the color schemes and colors of the costumes change every time the camera pans to a new room, so it is as if the film is more of a four-dimensional historical painting. The references to “high culture” in the silverware, the table decorations, the carpet, the clothes, the paintings, and preparation and presentation of gourmet food is a brilliant juxtaposition in relation to the brutishness of Spica and his cronies. This film is, to me at least, a visual/historical/poetical orgasm.

It seems to me that any film that can make a person too afraid to watch it from beginning to end is a film worth appreciating. When a director creates a character so odious and when an actor plays said character so well, it’s hard not to find satisfaction and relief when considering the character’s (eventual) demise. Knowing that personalities like Albert Spica will reap what he has sown, however disgusting or disturbing his punishment may be, makes the world a little bit brighter every time the film is fed through the proverbial projector machine. This movie is, I think, for only the bravest of movie-lovers who wish to see one of the best examples of the darkest elements of humanity, but I also think the world would do well by taking note of films like these, where fear and hatred are seen instead of Hollywood-type villains. The Cook, The Thief, His Wife and Her Lover raises cinematic and performative standards, so please for the love of whatever deity to which you may or may not subscribe, watch as much of this film as you can stomach and then tell Hollywood to raise their standards. 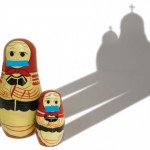 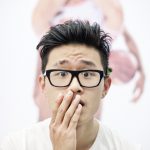