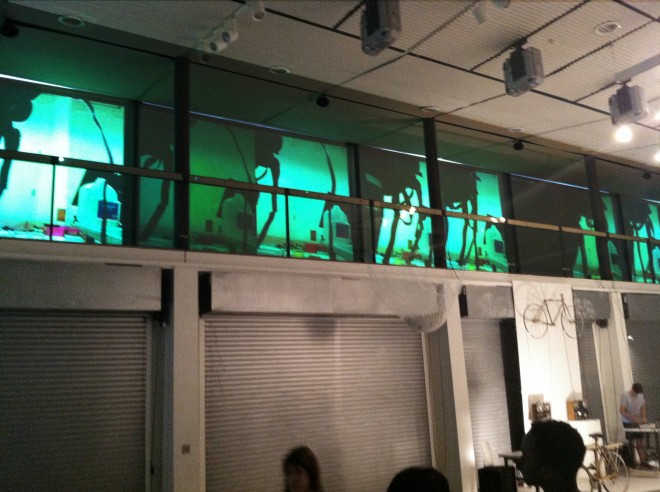 “Stripping” embraces the paradox of film — a sequence of frames represents a moment in time. Artist Nadav Assor and musician Daniel Davidovsky’s audio-visual performance extends a kinetic panorama across the 80-foot façade of the Hyde Park Art Center. The eight frames appear like a Muybridge motion sequence, each frame captures a consecutive instant in time and space.

A camera mounted on a bicycle, records Assor’s live journey along Lake Shore Drive, past the buildings, sky and lake of Hyde Park, to generate a sequence of eight projections in the Hyde Park Art Center. Davidovky plays a bike wired with contact mics — he plucks the spokes, runs the tape along the surface of the vehicle and samples pre-recorded audio from Tel Aviv, the artist’s home city.

Each frame was delayed a few seconds from the next as the live video was sent to the projectors. Time extended as each moment bled into the next. The handheld quality of the video allowed glimpses of the sky, the lake and details of buildings, but never enough visual information to determine the artist’s location. The dropped frames and low resolution helped to accentuate the subjectivity of video as a medium and reveal the discrepancy between “living” things and “live” feed.

When Assor entered the gallery with camera mounted to his bike, the audience became part of the projected landscape. The delayed video feed confused viewers’ perception, located simultaneously in real space and on screen. The scale and time shift left the audience struggling to reorient themselves.

Davidovky’s contribution, while effective as a score for the performance, lacked a connection with the surrounding environment. If liveness and audience participation could have been leveraged, the piece had the potential to become truly strange and spectacular. Unfortunately “Stripping” depended too heavily on the novelty of technology, falling short of its conceptual aspirations. 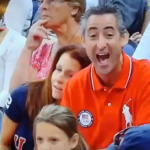 This is How You Cheer On Gymnasts 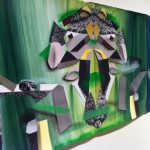 Trailing through the Psychedelic