“Our vision of the show was simple: 10 visual artists, five performers, one DJ — all ladies.” 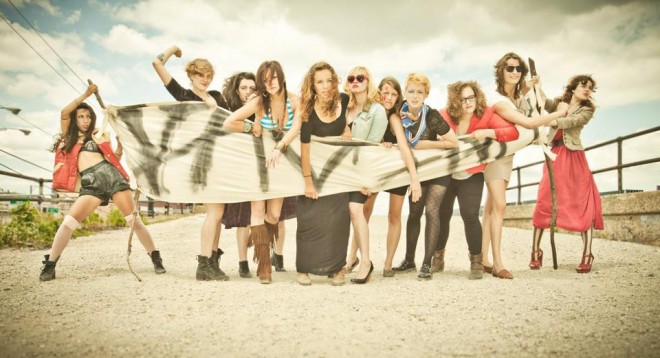 If the words “ladies” and “vagina” are involved, you’re bound to sell some tickets. But, The Good Night Ladies proved that if you add quality promotion and a diverse art selection, you’ll have a sold out show.

Artists, critics, and partiers gathered at the Den Theatre for VAGINA, a one-night-only event hosted by a local collective, The Good Night Ladies, June 22. For five dollars, viewers experienced intimate performances, a wide range of media, a DJ, and the casual wall of penis photographs. 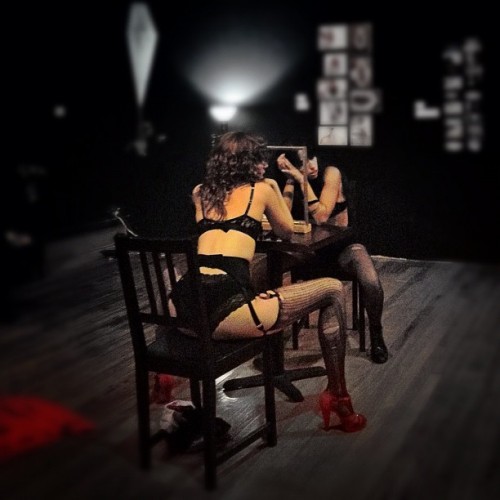 “The Goodnight Ladies” devised by Eve Rydberg and Jessica Marks. Photo by Nic Jones. Courtesy of The Good Night Ladies.

The Good Night Ladies, Jessica Marks and Eve Rydberg, kicked off the show by covering “Wannabe” by the Spice Girls. In a later performance artist Sid Branca hung herself over a garment rack and wore a sign with instructions to tie ribbons to her body and tell her something to remember, or to untie ribbons if you wanted to forget. Photographs, paintings, installations and prints pulled viewers to every wall in the venue.

Although the art varied in media and content, one fact linked them all together — they were created by women. “Originally we just wanted to have some semblance of control over our own work, something rare for actors,” Marks said. “We found just how under-represented women in the arts were in Chicago. Not that they weren’t creating quality work; it just seemed to us that the people that ran shit it in this city were mostly men.”

Marks and her business partner, Rydberg, founded The Good Night Ladies and began performing “anti-burlesque” pieces. The collective now serves to support female artists working in various media. To get started on the new goal, Rydberg, Marks, and Claire Gilpin, who curated the event, contacted female artists they knew from working in the Chicago art scene.

“It was really collaborative,” Gilpin said. “I saw my role as curator as to showcase some of the best work of some of the best people I know. I asked people what they were working on, and I trusted them.” 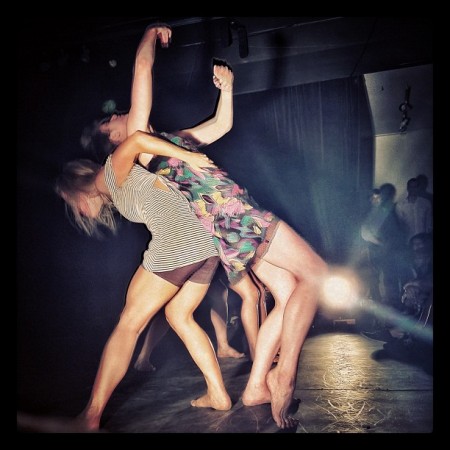 “Say What,” choreographed by Jessie Young. Photo by Nic Jones. Courtesy of The Good Night Ladies.

Gilpin had a wish list for her first show as a curator, and SAIC alumna Kelsey Keaton was on it. Keaton was excited to create work for a gallery setting rather than for a client. Her lithographs depicted honeybee hives and discussed how honeybee genetics and altruism interact. “I remembered how good and terrifying it felt to have people staring at something you made,” she said. “I had a good portion of text in my piece too, and people actually stood there and read it. I was impressed.”

Keaton says that her work does not necessarily point in a feminist direction, but that is what Marks believes was the show’s strength. “We decided against a theme because we thought that each woman creating exactly what she wanted to create would naturally represent a wide spectrum of womanhood,” Marks said.

Rydberg agrees that the show did not need a theme, but rather strong work and organization. “Our vision of the show was simple: 10 visual artists, five performers, one DJ — all ladies,” Rydberg said. “Because salon style shows have become very popular nowadays, we were really concerned with making sure the work was up to a certain standard, and that the night was cohesive and theatrical.” 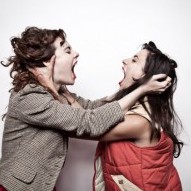 Jessica Marks and Eve Rydberg of The Good Night Ladies. Photo by Kyle LaMere of ishootrockstars.com. Courtesy of TGNL.

Chicago musician Emmi Chen ensured that the show didn’t stop, as she switched from painter to DJ and played for three hours after the show. Known mainly for her work with Ornery Little Darlings, Chen recently started sharing her influences, from Aaliyah to the Go-Go’s, through spinning vinyl. “Being part of VAGINA was definitely a nice boost of energy,” Chen said. “Spinning an all-female vocal set was awesome in that it brought to light so many different female musicians and singers that I really adored.”

The Good Night Ladies’ next event, CUT!, will feature eight short films, two of which are written and directed by the Ladies, and a live musical scoring to La Belle et La Bêtte on August 10. In addition, The Good Night Ladies are in the process of turning VAGINA into a quarterly series. 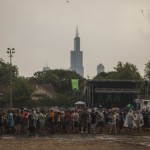 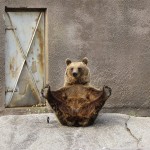