According to a law passed in 1992 in New York City, women have the right to go topless on the streets of NY anywhere a man can. As long as this has no commercial implications.

So Ms. Moira Johnston took it upon herself to raise awareness of this “empowering” law by ditching her shirt. BTR Pulse interviews the activist. 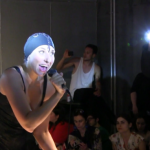 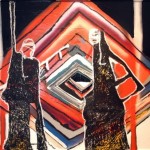