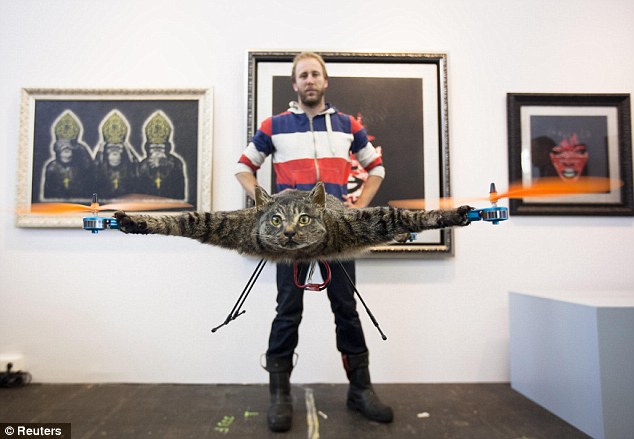 For most dedicated pet owners, losing a pet is losing a cherished member of the family. As with all lost loved ones, respects are in order — a memorial, a speech, a statue… a helicopter?

Taxidermy harks from a time when stuffed animals actually were just dead animals filled with cotton and rags. Their presence was decorative and celebrated humankind’s dominance over even the largest and most powerful members of the animal world. This was the Victorian Era — a time that ostensibly cultivated all of Western society’s quirky sex/death relationships — and it wasn’t long before someone drew the connection between stuffing a dead animal and lovingly preserving its memory.

But we can forgo the conversation about dominance, submission and bestiality, and skip straight to Orville the cat.

Bart Jansen, a Dutch artist, was likely devastated by the untimely death of his cat Orville, who was killed by a car. Like many going through the grieving process, Jansen mourned the death of his companion and sought to find a way to commemorate a life cut tragically short.

This would be a good time to mention that Orville is named after aviator Orville Wright, half of the legendary duo of brothers that ushered in a new era of airborne travel.

Jansen decided to take his loss in stride by having Orville’s body stuffed and attaching four radio-controlled rotors — one on each limb — and belly-mounted landing skids. The end result is something that has to be seen to be believed.

The sight of a taxidermied pet decorating a home can be an unnerving sight, with unblinking eyes and invariably strange expressions frozen in place. But a cat splayed out in an unnaturally prone position with his tail stiffly extended straight back is a whole new kind of eerie.

According to Jansen, “Oh how he loved birds,” though a video posted to YouTube by Jansen shows the “Orvillecopter” struggling to go airborne on its first flight during the Kunstrai Art Festival in Amsterdam. Jansen did reassure reporters, however, that Orville “will receive more powerful engines and larger props for his birthday.”

UPDATE: Jansen has uploaded footage of the Orvillecopter with more powerful engines, floating gracefully against the serene Dutch sunset. Video below: 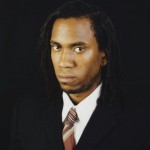