“Whedon’s preternatural gift for compelling world-building is on full display.”

In 1996 Wes Craven upended the horror-genre with “Scream,” his rapier-quick, conceptually-adept slasher flick. The film alternately mocked, codified and exalted the tired horror clichés Craven himself helped create with his previous work. The years following this high-water mark have seen a new low in a genre that has never been terribly concerned with high-minded cinema. The “Scream” sequels descended further and further into mockeries of themselves. Concurrently the “Saw” franchise (and the endless imitators it spawned) opened the current epoch of “torture porn.” The magnitude of horrific dismemberment and torture portrayed is only as appalling as the teeming crowd’s lined up to pay good money to wallow in that mire. Even “torture-porn” experienced a nadir (hopefully) with the faux-intellectual debacle of “The Human Centipede (First Sequence).” 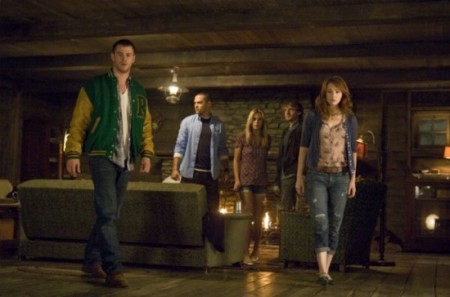 It’s in this miasma of debased torture-porn, tired slasher remakes and movies more or less stolen from Asia that Joss Whedon (co-writer) and Drew Goddard (co-writer/producer) set out to redefine the horror genre again with “Cabin in the Woods.” After sitting through a pre-screening surrounded by horror experts and movie critics (and carefully gauging their jumps and laughs) I can safely say horror fans have a new cult classic on their hands. Whedon and Goddard do what Craven did so well with “Scream,” but notch everything up a few levels. The wit and satire are sharper than ever, the screams are well earned and the conceptual framework is really quite stunning.

“Cabin in the Woods” is based around the most obvious of horror tropes; five hapless college students are headed to the mysterious cabin for a relaxing weekend. The creative and spectacular deaths that await them are really just cogs pushing along a thematic framework that encompasses a lampoon of the horror genre (while simultaneously paying homage… somehow) and also creating a rich, terrifying world that seems (almost) ripe for sequels.

The five students in question slide easily into the horror stereotypes you know and love. At the movie’s center are The Virgin (Kristen Connolly) and her friends, The Slut (Anna Hutchison) and her boyfriend The Jock (Chris Hemsworth). Also along for the ride are the Sensitive Nerd (Jesse Williams) and the Stoner (Fran Kranz). From the very beginning Whedon and Goddard are hard at work reversing and surprising our expectations: The Slut just dyed her hair blond recently (and is in a committed relationship) while the The Virgin suggests she has been embroiled in less-than-virtuous misdeeds that led up to this little vacation. 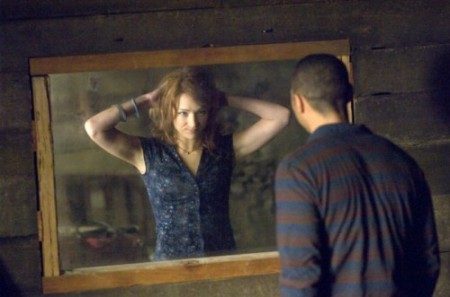 Fans of Joss Whedon’s previous work will not be disappointed by this new venture. Much of the same elements that defined “Buffy the Vampire Slayer”, “Angel” and his other less durable projects are immediately apparent. The female lead is charming and simultaneously vulnerable and powerful. The dialogue is self-aware and lightning quick. And finally, Whedon’s preternatural gift for compelling world-building is on full display. “Cabin in the Woods’” back-story involves a history as old as the world, full of bit parts and quick characters just begging for a movie of their own. The denouement offers a trip through a masque of horror-characters too terrifying to comprehend. But I don’t want to give too much away…

There is plenty in “Cabin in the Woods” for horror fans to enjoy. Anyone familiar with the genre tropes will get a kick out of Whedon and Goddard’s systematic dismantling and justification. The kills are often creative and are likely to be satisfying to the gore-hunter. But the fan most likely to enjoy is the intelligent, self-aware horror fan who doesn’t mind taking one on the chin. The films most vicious evisceration is saved for the depraved looky-loo who can’t wait to see a glimpse of bare breast or a graphic kill. Whedon and Goddard respect their audience, but go out of their way to use on film stand-ins to point out the ridiculousness of salivating over ultra-violence. 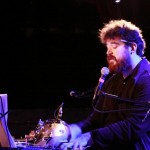 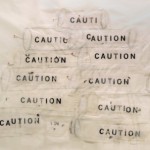 The Dark Imaginings of Childhood at Play—“Secret Society” and...