Or: Mr. Kasher, I’ve Upgraded Your Diagnosis from “STD” to “Spider Bite” 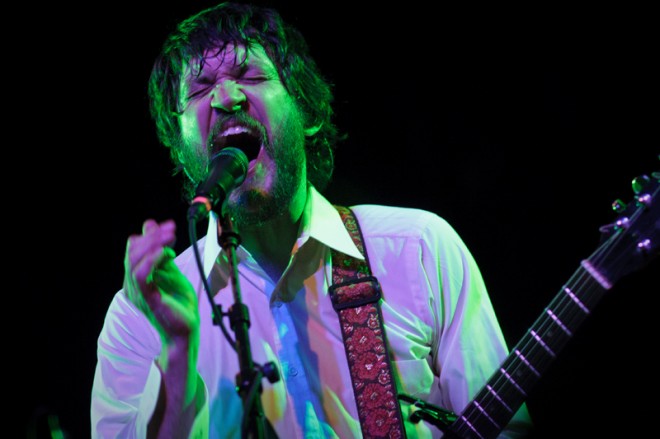 Few bands still rock hard after being together for over 15 years, but Cursive is one of those exceptional few. I went through a heavy Cursive phase back in my early teen years and had not listened to much since — the same quixotic nostalgia filled faces of many audience members at their sold out show on March 25 at Lincoln Hall.

As guests slowly started to pour in, the emerging Conduits from Omaha, NE took the stage. Conduits consist of members of The Good Life, Eagle Seagull, Son Ambulance, Cursive and The Golden Age, so they’re something of an indie super-group. Despite the promising lineup of members, the lo-fi shoegaze did not impress a crowd with adrenaline pumping for higher energy music. Singer Jenna Morrison had a decent voice matched by a talented backing band, but I was more interested in the drummer’s “Styx” belt buckle then I was in the sound they were producing. Most of the crowd lingered towards the back of the venue during Conduits set — arms crossed, the occasional head nodding along to Jenna’s slow tambourine taps. 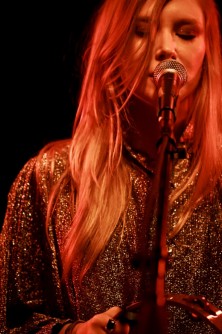 Cymbals Eat Guitars drew a bigger crowd, opening with “… And the Hazy Sea,” the first track off of their 2009 debut Why There Are Mountains. The melodic screams definitely woke the audience up and the floor was suddenly packed. Guitarist and vocalist Joe D’Agostino shredded some killer guitar, and when they announced they only had one song left, a girl screamed “I only came here to see you!” D’Agostino laughed, and they played two more instead.

Fans hoarded towards the stage when the lights went down for Cursive. Ambient drone took over the room and anticipation filled the air, and as the band came out fans got so close together it was almost impossible to breathe. They opened with the song “This House Alive,” the first track off of their 2012 release, I Am Gemini, but it wasn’t until they started playing some of their older music the audience really exploded. Songs like “Big Bang” (from their 2006 album Happy Hollow), a loud rock ballad with strong emphasis on the guitar/horns interplay, reminded me of the compositional elements that drew me to Cursive initially. “A Gentleman Caller,” off of their 2003 album The Ugly Organ, features both strings, brass and heavy guitar, and softer songs, such as “Driftwood,” show off singer Tim Kasher’s lyricism and storytelling, presented through a palette of both poignant and fickle emotion and followed by a crescendo of loud guitars. 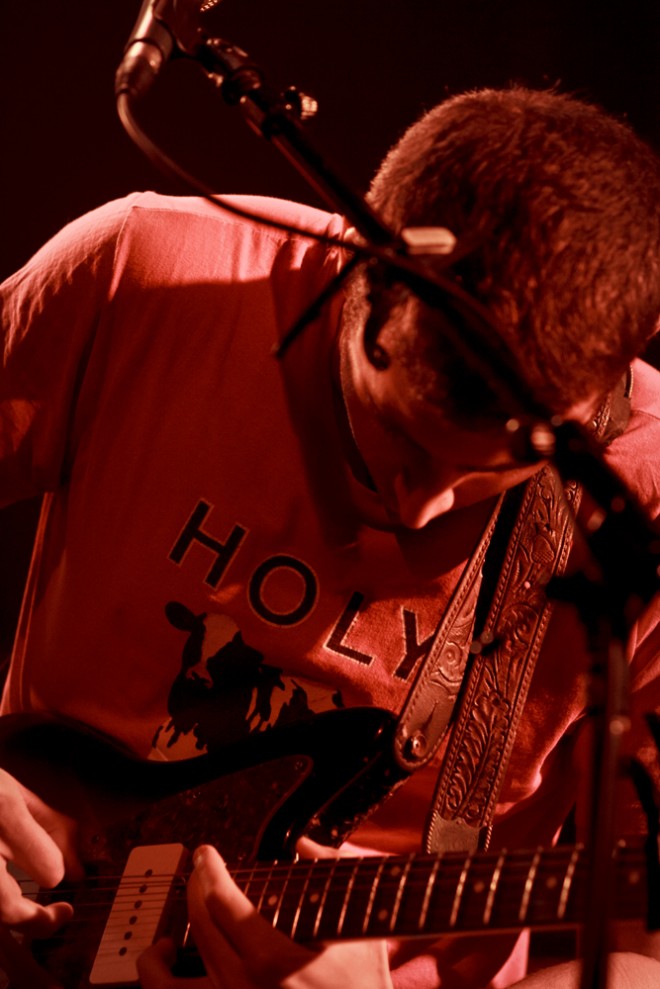 Although Kasher was screaming his lungs out it took him a while to open up to the audience with banter, but when he did it was well worth the wait. He told a story about a tryst at age 14 — he was “dating” a girl whom his friends had warned him was a skank. He wasn’t judgmental, so he let the rumors fly by him and still gave her a chance. He told us about the first time this girlfriend touched his penis with her hand, and that he broke up with her a week later when he found a shanker on his penis. He was seriously concerned that he had contracted an STI from hand-on-genital touching, when he found out it was just a spider bite.

After tangential penis-talk, Kasher played a few more songs prior to leaving stage. When they came back out for the encore, they went straight into fan favorite “Art Is Hard” — Kasher switching the melody during one of the verses to sing along to TLC’s “No Scrubs,” then straight back into his alt-rock anthem. Fans pushing and shoving, the venue packed to capacity, it was a big, sweaty rock show, and that’s exactly what it was meant to be. 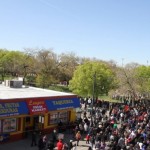