Andrew Bird – Break It Yourself

Almost too accessible to be enjoyed for much more than just pretty tunes. 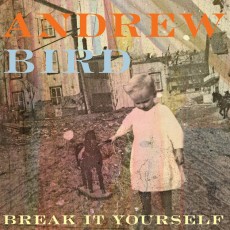 Out now on Mom & Pop

Listening to Andrew Bird can be compared to listening to an intelligent and verbose uncle telling tales of tribulation from years of past experiences and mistakes — but through magnificent harmonies and orchestrations as opposed to over a few beers at a family gathering. Content with where the world has left him but subtly torn by fragile regrets; yearning for missed opportunities best expressed through whistles and lush melodies; elegantly refining arrangements of pop and folk to complement his soft-spoken but stern voice.

After over 15 years of producing music, it is safe to say that Bird has mastered a form of sophisticated beauty — when you put on an Andrew Bird album, you know what to expect. It will be brilliant. It will be dashing and majestic, maybe even transformative. Everything this man has ever produced has a magical touch to it. But is it almost too baroque? Bird’s new album, Break It Yourself, seems to take a step back from some of the experimentation Bird was prone to early on with albums like The Mysterious Production of Eggs and even in Armchair Apocrypha. But playing some more with experimentation help differentiate Break it Yourself from the rest of Bird’s catalogue. Albeit beautiful, the album is almost too traditional and too accessible to be enjoyed for much more than just pretty tunes.

“Eyeoneye” has some rock flair to it, whereas the song “Danse Carribe” has a bit of tropical beats thrown in, and these tracks seem to stand out on the album as the more exciting works — Bird seems to do his best when he is on the edge of his comfort zone, but if he were to expand even more on that than this album could have extended to even greater realms. “Near Death Experience Experience” seems to be most reminiscent of his earlier works, and is also one of the more enjoyable tracks on the album. Beginning with a strange, spiraling sound and a build-up of guitar chords, violin picking, light humming and xylophone to the chorus of “we’ll dance like cancer survivors,” it’s a hit — but he’s proven to us that this kind of hit is easy for him to do. More interesting is the eight minute “Hole in the Ocean Floor”, consisting of layers of looped violins and strings with few words — a fascinating orchestral piece that reads as authentic Andrew Bird.

The album does not disappoint, but it could be more impressive. We already know that Andrew Bird is a great lyricist and composer, so it would be nice to see him expand upon what he is doing. Break It Yourself is one of the stronger albums to come out so far this year; it flows enticingly and is worth a listen (multiple listens!) the whole way through. But knowing Bird is capable of such dynamic crafting, I find myself craving more from him. 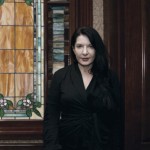 This Is a Sunset