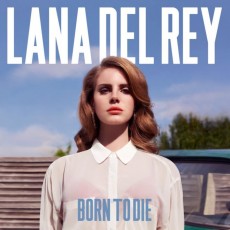 Sorry everyone… there’s been a recall issued for all of our Lana Del Rey licensed products. You’ve gotta take her back to the record store in the pink cardboard box she came in so that they can mail her back to Mattel/Interscope. Lana Del Rey recently said in a Vogue interview that she’s not interested in making another record and she’s also scrapped her plans for an Australian and U.S. Spring tour. So after all the buzz and controversy, what we’re left with is the mostly disappointing but occasionally interesting Born to Die.

Born to Die is particularly unfortunate because Lana Del Rey’s work leading up the album was so promising. “Blue Jeans,” “Video Games” and “Born to Die” are great examples of the sulky and sexy retro-pop style that the rest of the album fails to live up to. Born to Die’s lyrics mostly sound like they were written by a 15-year-old imagining herself at 25. She spends a lot of time objectifying and admiring herself with heavy-handed narcissistic sexuality.

Examples abound, like on “Off to the Races” where she sings:

Likes to watch me in the glass room, bathroom
Chateau Marmont
Slipping on my red dress, putting on my make up

I sing the National Anthem,
While I’m standing,
Over your body,
Hold you like a python.
And you can’t keep your hands off
Me, or your pants on.

“The National Anthem,” from which that last lyrical example came, makes me wish I were a non-English-speaking listener. Apparently the exact experience helped to make her album #1 in quite a few foreign countries. The slick melodies in the verses are forgotten the instant the bombed-out, nonsensical chorus barges in.

Thankfully though, it’s not all bad. “Radio” is cool, creepy and on par with the early singles, while also setting itself up to be a potential new one (“Baby love me ‘cause I’m playing on the radio”). The plucky “Blue Jeans” guitar and the dissonant shouting sample are back, and Lana nails the retro goddess vocals that are regrettably absent throughout.

If Born to Die were a four or five track EP of her creepiest and loneliest material, It would be worth it to buy the vinyl at her show. But that’s not the world we live in, and instead we’ve got garbage like “This is What Makes Us Girls,” “Carmen,” and a couple of cancelled tours on our hands.

So if ten years from now, Lana Del Rey is experiencing some cult-classic appreciation from a new group of hardcore Born to Die fans, it won’t be a total surprise. There are still some haunting and intriguing moments here, and a one-off, critically hated, kinda cool album (with a self-fulfilling prophecy for a title) makes for some grade-A “so-bad-it’s-good” bait. 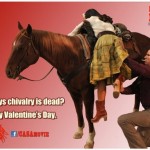 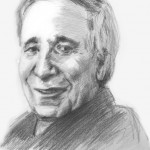