Bad on Film – Good in Bed? A Review of “Fucking James Franco” 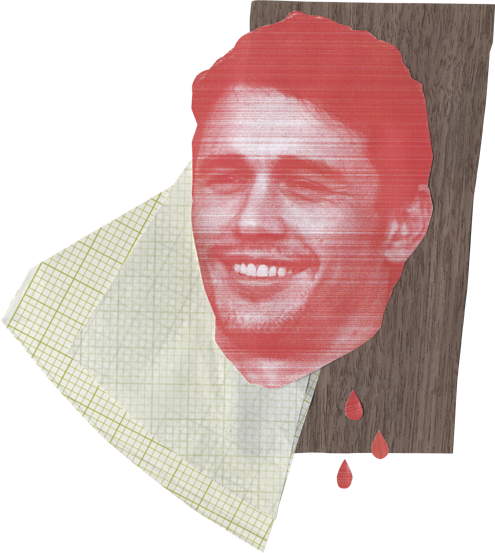 It is almost possible to review “Fucking James Franco,” a collection of short stories and poetry about fucking James Franco, without reading it. After all, it can’t be relevant to judge it on literary merit, although some of the writing is good. As a collection written by artists and curated by an artist it is more of an art object than a literary endeavor. Its wit and appeal lay in its conception and the assumption, both probably correct, that fucking James Franco is a commonly held desire. But, not reading it would defeat one of the most important potential benefits of the collection – pure and completely unadulterated arousal, although not necessarily the libidinal kind.

The collection of thirteen stories and poems was compiled and edited by artist and educator Sean Joseph Patrick Carney and published by Container Corps and Social Malpractice Publishing in Portland, Oregon. It offers a sometimes embarrassing, often disturbing and sporadically hilarious sample of creative considerations about what could or should be done to Franco if presented with the coveted opportunity.

Franco’s extensive art, entertainment and educational activities provide plenty of fodder for plot, setting and character descriptions. The most entertaining of the selections capitalize on the most well known Franco activities or somehow reference his forays in the art world. One particularly inspired example is an account of Franco preparing for his role in “127 Hours” by becoming intimately acquainted with his co-star – the fateful boulder.

However, the question remains why anyone would conceive and develop this project? Art and celebrity – the topic of many unpublished dissertations – has seemingly been a source of buzz since the US has had its talons in the art market. From Andy Warhol and The Factory to Mr. Brainwash (not to claim a coherent trajectory between), artists strive for, and used to readily acquire, celebrity status. The Greenberg-modernist separation between art and entertainment has been heartily challenged by the opportunities – both conceptual and practical – presented by the unique structure of American fame. Carney’s work elicits and celebrates the mutual neurosis and provocation of celebrity and art, especially where they merge.

“I took a moment to blow smoke
on his balls and take them
into my mouth one at a time,
until all three were given the
proper attention they deserved.”
“Web of Desire” by Carina Louise & Micah Louis

So, why develop a book about fucking James Franco? Because Franco is an A-list celebrity and a self-proclaimed artist and aspiring intellectual positioning him at an odd intersection between popular desire and that other sublimating thing called art. But, most importantly, because he’s über-fuckable.

Don’t expect too much arousal from most of the selections. Do expect interesting insight into how these particular artists and writers tackle such a potential glut of choices when faced with the question of how, why, when and where to fuck Franco. My biggest dissatisfaction was there was not nearly enough Daniel Desario. Come on! He is the origin of Franco’s sex appeal! My biggest satisfaction, without giving too much away, is how many people – at least in the writers’ demographic– think about Franco being fucked in the ass. 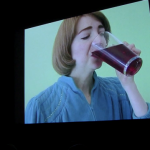