Second Chance for a First Impression

Lana Del Rey has gotten plenty of buzz lately, along with haters calling “bullshit” on her career. 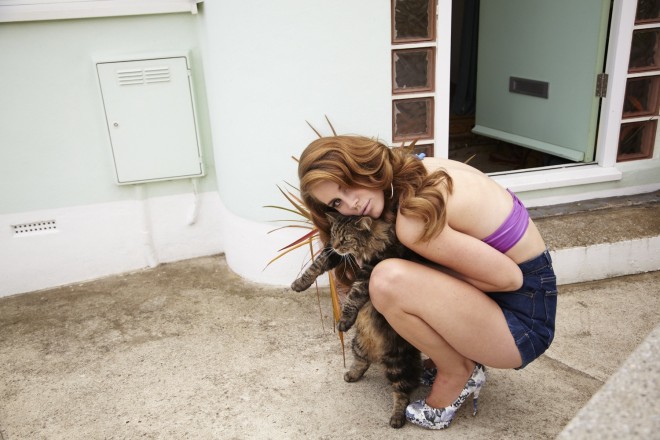 Lana Del Rey has gotten a lot of attention for a singer without an album released. Well, she does have an album out… but good luck finding it. LDR, born Elizabeth Grant, released an album titled “Lana Del Ray [sic]” as Lizzy Grant in 2010, but it’s since been removed from the iTunes music store. Instead, she’s making a fresh start as Lana Del Rey, who is releasing “Born to Die” on Interscope, January 31.

She’s gotten plenty of buzz as of late, mainly due to major label support, a privileged background, some plastic surgery, and most importantly, an alluring sound. A lot of noise and controversy currently surrounds the young singer, and her recent Saturday Night Live performance has a lot of haters calling “bullshit” on her career. The authenticity of entertainment personalities is often called into question, but in the case of Lana Del Rey, authenticity seems to be dominating the conversation.

Her SNL appearance got the overwhelmingly negative attention of viewers and critics. The 25-year-old songwriter appeared uncomfortable on the stage, swaying and touching her hair in a state of near-paralysis. Her voice slipped between caricatured voices, which distracted from the songs and left the performance feeling uneven.

However, she’s already proven that she’s not hopeless in the performance category. In fact, when she’s on, she’s really on. Del Rey’s performances “Live at the Premises” show the artist and skeletal musical accompaniment delivering sparse and intimate versions of the same SNL-performed tracks,“Video Games” and “Blue Jeans”.

In the “Premises” performances, her delivery is significantly more consistent, if not infinitely more comfortable than in her SNL performance.  She maintains her smoky baby-talk voice, dipping into a lower register only to effectively punctuate lyrical moments.

Then there’s “Born to Die,” the title track from her upcoming album. This song was left out of the “Premises” and SNL sets but does have a high budget official video. The video is over the top (live tigers in the Palace de Fontainebleau) and cheesy at moments (when her tatted boyfriend pantomimes a point blank gunshot shot into Lana’s head next to his sports car), but the song itself is eerie, memorable, and beautifully sung — top-shelf melodrama. Getting 12 million YouTube views before dropping an album may qualify the self-professed “gangsta Nancy Sinatra” as a major player in the mainstream music industry, but there’s comfort in that role being filled by someone who cites the Chairman of the Board’s daughter and Elvis as major influences. When up against Katy Perry and Taylor Swift (who have also had videos directed by “Born to Die” director Yoann Lemoine), Lana Del Rey is doing more by playing with genuinely creepy lyrics, some retro rock and roll imagery, and dynamic instrumentation.

It seems trite to focus on conventional beauty/plastic surgery, but if you Google her name, you’re sure to find a lot of people discussing just that. Popular humor/culture blog Hipster Runoff has recently dedicated itself to mocking Lana Del Rey by calling itself the “LANA DEL REPORT: The #1 source for #LDR news, memes, buzz, opinions & hate coverage.” Blog entries include photos of young pre-LDR Lizzy Grant hanging out with “industry insiders” and highlight her pre-lip-injection looks. However, beauty, body modification and entertainment have a long history together. One must look at Lil Wayne’s head-to-toe tattoos, Amy Winehouse’s hair-styling, David Bowie’s “Ziggy Stardust” phase, Marilyn Manson’s entire body, and Michael Jackson’s entire life and wonder where the “alternative lifestyle vs. vanity” line is appropriately drawn.

The name Elizabeth Grant uses today was literally created by a team of lawyers and management under her father’s supervision. Her false-start shot at major label stardom with a revoked album in 2010 has many rock purists calling the LDR of 2012 a fraud.

LDR’s situation isn’t totally new to popular music. Metal-leaning duo Sleigh Bells have more than likely made efforts to ignore singer Alexis Krauss’ past vocal work with pre-teen-pop group Rubyblue and maybe even her appearance in a Nickelodeon Magazine TV commercial. (The other half of the band, Derek Miller, was previously a guitarist in Poison the Well, which may or may not be better than Rubyblue depending on who you ask.)

Not everyone comes with Kurt Cobain’s story, and to require or expect that is to be ignorant and naive. Del Rey’s certainly got company beyond Sleigh Bells when it comes to questionable first tries.

How about the singer from Floridan hardcore band From First to Last? That dude is dubstep superstar Skrillex now. And the girl from emo pop-punks Discount? She’s in the Kills and the Dead Weather now. The Strokes have been luckier than Del Rey — they’ve managed to side step the indie-cred landmine of privilege despite their members’ backgrounds. The father of singer Julian Casablancas founded Elite Model Management, one of the largest international modeling agencies in the world. Casablancas and guitarist Albert Hammond Jr. (son of songwriter Albert Hammond) also first met while attending private boarding school in Switzerland.

Big dreams gangsta
said you had to leave
to start your life over
…
I’m gonna ride or die,
whether you fail or fly,
well shit, at least you tried.

She’s got moody, well-constructed songs and is doing everything within her power to build a cool-as-fuck world around them. Elizabeth Grant could be anyone — the point is that she’s made the decision to be Lana Del Rey. 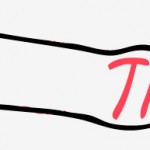 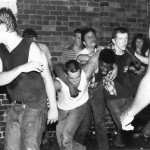 One Response to Second Chance for a First Impression