An interview with the prolific author about her work on Eadweard Muybridge, Occupy Wall Street and her career as an independent scholar 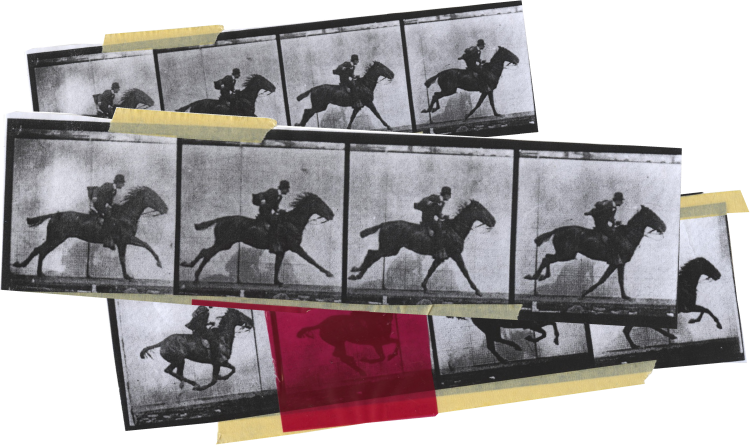 As students at SAIC are now writing their term papers and thinking about how they’re going to tell their own particular research story, they turn to the writers that tell their tales with seeming effortlessness, bringing in disparate information about history, science and technology to explain their passion to readers.

This is one of the qualities that I most admire about the writer Rebecca Solnit, a San Francisco based writer who has written on a number of subjects, from “Wanderlust: A History of Walking,” to “A Field Guide to Getting Lost,” to “River of Shadows: Eadweard Muybridge and the Technological Wild West,” the book which brought her to Chicago this November for the Chicago Humanities Festival.

During her talk at the CHF, Solnit touched on Muybridge’s biography and some of the technological developments that lead up to his photographic motions studies. F Newsmagazine called Solnit at her San Francisco home and asked her about her work on Muybridge, the current Occupy movement and her career as an independent scholar and writer.

Rebecca Solnit: I wouldn’t describe it as a danger; it’s really an act of balance. There was that famous book in the 1960s called “Be Here Now,” to be here now 100% would mean to be a rock, be without memory, without imagination, without dreams for the future. There is a way in which you live in an alienated world of images, desires and information, and seem to be nowhere in particular. That really starts with some of these 19th century transformations and brings us a world in which I sometimes feel that people live in an airport or a mall. There is nothing specific, tactile, local, particular or personal about that kind of living, those kinds of spaces or that kind of information. So, there is a sense of loss of immediacy, deep orientation, a sense of belonging, and maybe sensuality that might be entailed by being in the local, being in the here and now.

F: I was wondering about your narrative style, which weaves together your research and personal narrative, and has been characterized by critics as circular. Do you think of your writing as a feminist narrative, as different from the linear, Western style?

RS: That’s a really good question and there are a bunch of pieces to that answer. I was influenced by 1980s postmodernism and feminism, which suggested that there’s no such thing as objectivity and that every voice comes from somewhere. To be honest and honorable with your reader, you disclose your location, your biases, and what you bring with you to the examination of the subject, rather than pretending that [yours] is the objective view from where you see everywhere and nowhere, like God.

It didn’t come home for me until I was writing about the Nevada Test Site in 1991. I would say that the Test Site taught me how to write. It was a demanding place where so many histories and forces converged; it was such an intense first-person experience as an activist, an experience that was also visual, tactile and bodily, as well as social and intellectual. I had to merge the three styles in which I was writing at that point. That I could was a revelation: I was writing as a journalist in that objective voice; I was writing as an art critic which also has a more authoritarian way of knowing and telling; and then I was writing personal essays.

The Muybridge book is a linear narrative in that it’s a biography. Because Muybridge was such an enigma, it’s the biography of an enigma that allows me to talk about a lot of other things that were important to me — “the annihilation of time and space,” the industrialization of everyday life: The Indian Wars, technological change, California and San Francisco.

RS: Yes, and of course I get to do all the talking in a given essay, but my hope is not to have … the final word, which is something some writers really seem to want, as though the correct response would only be silence, because you said it all. I really prefer to think of the work as a provocation for people to continue thinking, to think on their own, maybe to disagree, maybe to change my mind, for things to keep moving.

F: You have a background in social activism and a lot of your work discusses engaging with the local. What do you think of the current Occupy movement?

RS: I think it’s amazing. The movement itself is incredibly exciting. It’s new and inclusive. You can see the Democratic Party, unions and socialists trying to label it — it’s like a fabulous herd of magical animals has appeared and everyone is trying to herd them into their corral and brand them, which is not what they’re there for. The emphasis [of Occupy Wall Street] is not on a one-man or one-woman job. The circumstances we’re in can only be changed by civil society. Just to see people living in public and acting as members of the public is such a beautiful thing in an era of privatization, intimidation and silencing. Part of what happens when people become unemployed and un-housed is that they become invisible, and being visible in public is already an answer in some ways. In some ways a revolt against it. I think it’s exhilarating.

F: The unions seem to be getting on board with Occupy Wall Street and here in Chicago, they organized Take Back Chicago . There seems to be a push again for a balance in society.

RS: That’s one of the union’s great achievements that people don’t remember — a balanced work day. Studs Terkel, your Chicago ancestor, used to talk about the eight-hour work day, those who fought to get it for us, and how people lost it without paying attention. It was partly because they were white-collar and they didn’t think of themselves as labor in the same way. Now you have so many lawyers, doctors and tech people, working insane amounts of time, partly because it’s the culture and their employers can get away with it. I work a lot, but on my own terms.

RS: There’s a bunch of answers to that. One of them is that the City of San Francisco’s rent control policy gave me affordable housing for 25 years before I bought a place, which was made possible in part by the Lannan foundation’s award in 2004. Frugality has also been a factor. When I began writing, I really thought it would be temporary. I don’t discourage [being a writer] but I try and get people who want to be me to be realistic about what that entails. It’s been amazing that it worked. I didn’t really aspire to it, but in 1988 I lost my job. I went on unemployment and started my first book, still hoping I was going to go find another job, but I haven’t really had the time nor the urge for it.

I’m still waiting for the right university to offer me the dream position. I’ve been joking for years that I’m like St. Augustine with chastity, “Oh God, give me employment but not yet.” I’ve started a New Orleans atlas with my friend Rebecca Snedeker, a sequel to “Infinite City: A San Francisco Atlas,” I’m working on various articles, I travel a lot for talks, I’m very excited by some of the things going on politically and hope to devote myself more to them. The short answer is everything just kind of happened, to my amazement.

F: Do you have any advice for young writers and academics in Chicago?

RS: I think that people do best with what they’re most passionate about and that can happen inside or outside the academy. [My advice would be] To not lose sight of the passion, to not let the rules confine you too tightly and be clear about your own principles, standards and values. 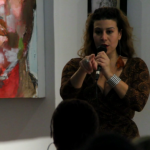 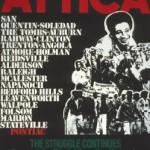