A Victory for Immigration Rights The author of Arizona’s controversial anti-immigration law SB 1070, Russell Pearce, left office after being recalled in an election on November 8, becoming the first Arizona state senator ever to do so. Pearce was required to leave office immediately and was replaced by Republican Jerry Lewis. Pearce wrote the highly … 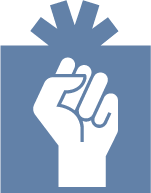 A Victory for Immigration Rights

The author of Arizona’s controversial anti-immigration law SB 1070, Russell Pearce, left office after being recalled in an election on November 8, becoming the first Arizona state senator ever to do so. Pearce was required to leave office immediately and was replaced by Republican Jerry Lewis. Pearce wrote the highly criticized Senate Bill 1070, which requires police to investigate the immigration status of people they have lawfully detained if they have reasonable suspicion that a person may be undocumented.

The World Leaders Dinner in Honolulu is Occupied

On November 12 Honolulu held the Asia-Pacific Economic Cooperation (APEC) gala, attended by President Obama and other world leaders. During the dinner, renowned Hawaiian guitarist Makana, who was hired to play background music, opened his suit jacket to reveal a home-made “Occupy with Aloha” T-shirt. He then spent almost 45 minutes repeatedly singing his new song called “We Are the Many,” which includes the line “We’ll occupy the streets, we’ll occupy the courts, we’ll occupy the offices of you, till you do the bidding of the many, not the few.”

On Halloween day, more than 100 librarians, community members and other Chicago Public Library supporters delivered petitions bearing 4,000 signatures to Mayor Rahm Emanuel’s office. Chanting “No More Cuts,” the group gathered to protest Emanuel’s proposed 2012 budget, which would cut hours at all 75 branch libraries and cut 552 library staff positions. The librarians, moms and their toddlers, many of whom were dressed in Halloween costumes, sat on the floor outside the mayor’s fifth-floor office and read stories out loud, enacting story-times that may be cut because of the proposed budget. Less than a week later, the mayor announced that he would restore $3.3 million to the Chicago Public Libraries out of the $8.6 million he suggested cutting.

Confronting Racism in the West Bank

Taking cue from the nonviolent activists of the American Civil Rights movement, six Palestinian activists, calling themselves Freedom Riders, attempted to ride a bus meant to transport Israeli settlers in the West Bank into Jerusalem on November 15. While no specific law forbids the Palestinians from riding settler buses, Palestinians are not allowed in Israeli West Bank settlements and need a permit to enter Jerusalem. At the Hizma checkpoint, north of Jerusalem, Israeli police boarded the bus and asked each activist for their permits. Palestinian activist Badia Dweik of Hebron, asked the Isreali soldiers, “Why don’t you ask the settlers for a permit?” referring to the Israeli passengers. “It’s my right to ride the bus. This is racism. I’m just like them.” The Palestinians were forcibly removed from the bus and arrested, but successfully brought to light to the extreme restrictions of movement for Palestinians in the West Bank.

As the European financial crisis continues to escalate, Italy, the eighth largest economy in the world, may be added to the list of countries who have received international bailouts, following Greece, Ireland and Portugal. Italy’s crisis is feared to be a game changer that might shift the economic collapse from manageable to uncontrollable, since its economy is bigger than the economies of Greece, Ireland and Portugal combined. The crisis may also have a huge impact on the American financial situation because of the huge stakes some U.S. banks have in Italian banks and bonds. Italian Prime Minister Silvio Berlusconi stepped down from office on November 12. Mario Monti, a former member of the European Commission, conditionally accepted a mandate to form a new government in Italy whose main task will be to keep the country from being dragged under by Europe’s debt crisis. “Mine was and remains a declaration of love for Italy,” said Berlusconi after his resignation. “That love remains unchanged.” 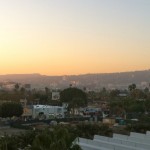