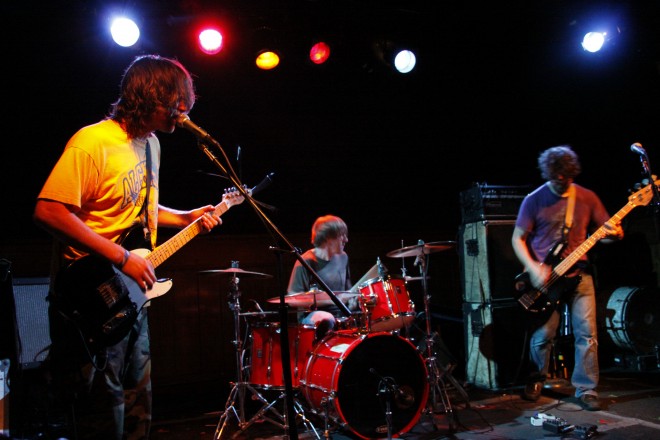 Life must be a little surreal for the members of Sebadoh. In the last 10 or so years they’ve seen the earnest, lo-fi indie rock sound they pioneered in the late ’80s and early ’90s become an international commercial sensation. It seems like every day another hard-rocking indie band pops into (brief) relevance and no one — band, critic or fan — seems inclined to give credit to originators like Sebadoh (although contemporaries Pavement continue to bask in adoration). Perhaps as a desperate cry for the attention they deserve, or a needy cash-grab, they’ve released a deluxe edition of their seminal masterwork “Bakesale,” which originally came out in 1994 and sounds every bit as fresh today.

They arrived at Schubas Tavern on a damp, blustery October day, touring behind this re-release. Sebadoh’s set list featured songs spanning their 20+ year history. Amazingly, every song still feels raw, authentic and new. Years of touring have left the group incredibly tight and nimble, and their mastery of songcraft gives their work an edge that still cuts today. 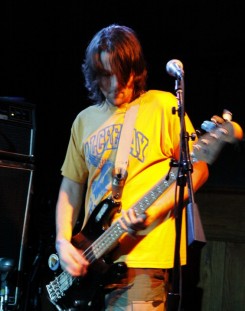 Whether or not a sense of artistic injustice troubles the members of Sebadoh, it does not limit their enthusiasm. It was a little peculiar to hear songs featuring an undercurrent of youthful enthusiasm — songs that very much sound like they were written by 20-year-olds (which they were) — performed by guys in their 40s. And yet they still shred like teens drunk on the powerful sensation of plugging discomfort and anxiety into electric bass and guitar and wailing away.

Seeing Sebadoh live is a unique treat because it’s like seeing two bands at once. The group, a trio, offers two very distinct songwriters with their own lyrical style, guitar tone and singing voice. Ostensibly the group’s lead, and most famous member, Lou Barlow, sings tightly composed pop-rock tunes, concerned with earnest emoting of distrust, confusion and anxiety (you know, like EVERY indie rock band on earth now). The other lead, Jason Loewenstein, offers a more raw, punked-out energy. He’s a virtuosic player, dancing up and down the frets while building a swirling incantation that invokes a cacophonous rhythmic backing. He screams/yells lyrics about god-only-knows-what and electrifies the audience at every turn. Touring drummer Bob D’Amico keeps perfect time behind both songwriters and even earned a crowd member’s jeering mid-way through the set: “Your drummer is overqualified!” Barlow could only reply, “We know, can we just enjoy it for a little while?” while Loewenstein added, “We finally found a drummer who wants to be a drummer,” alluding to the faceless army of percussionists who have filled in over the years.

With the savvy of long-time road warriors, the band engaged in seemingly endless stage banter. The tight confines of Schubas allowed for easy interaction with the crowd, prompting Barlow to remark, “Never hesitate to seize on an awkward moment,” during a particularly long lull. The show took a turn for the bizarre when Barlow half-jokingly asked someone in the crowd for a shot of Jägermeister. A song later a shot showed up, then three more — one for each member of the band — and later a third and final round. The band’s energy grew looser and looser without a negative impact on their sound. As the Jäger shots built up, they grew more effusive, joking about their last time in town, comparing the show to the previous night’s in Indianapolis and finally taking a half-kidding shot at local “indie band” Wilco.

It seemed a rollicking good night was had by all, Sebadoh included. They boldly declared Chicago’s set as their “weirdest of the tour,” hopefully as a compliment. If their hazy status as under appreciated indie rock progenitors irks them, they don’t let the bitterness show. They’re affable, skillful and energetic, showing the next generation of indie rock kids that it’s been done before, and better. It’s to the benefit of all music that the lesson sinks in. 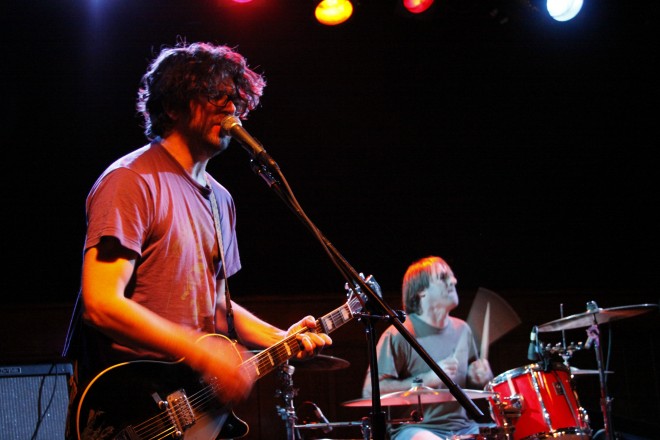 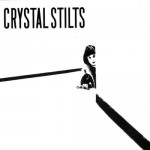 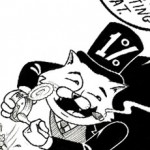