“Levelling Out” by Malcolm Bull in the New Left Review 70

“No politician calls for ‘a more unequal society’, and within political theory philosophers of almost every persuasion advocate some form of egalitarianism. The consensus is now so broad that many consider it the presupposition of meaningful political debate, and the universal basis on which governments are held to account by their citizens.”

“And I Should Know” by Roseanne Barr in New York Magazine

Because Roseanne is fucking awesome and this article makes me tear up and fill with righteous indignation in the most poetically proportional way.

“Hollywood hates labor, and hates shows about labor worse than any other thing. And that’s why you won’t be seeing another Roseanne anytime soon. Instead, all over the tube, you will find enterprising, overmedicated, painted-up, capitalist whores claiming to be housewives. But I’m not bitter.”

“These relationships are affective and frequently produced by economic activity, for example in the process of trade and the division of labour. Conversely, affect, and in particular, desire, also generates economic transactions: it is this needing and wanting that demands to be satisfied by goods or immaterial values such as care, attention, or love, all of which entail multifarious forms of exchange. ”

“In Protest, The Power of Place” by Michael Kimmelman from nytimes.com.

“We tend to underestimate the political power of physical places. Then Tahrir Square comes along. Now it’s Zuccotti Park, until four weeks ago an utterly obscure city-block-size downtown plaza with a few trees and concrete benches, around the corner from ground zero and two blocks north of Wall Street on Broadway. A few hundred people with ponchos and sleeping bags have put it on the map.”

“They tell you we are dreamers. The true dreamers are those who think things can go on indefinitely the way they are. We are not dreamers. We are the awakening from a dream that is turning into a nightmare.” 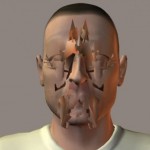 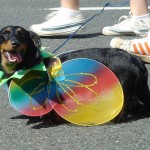 Dog Trips on LSD, Gets Hit by Car and...