Bertrand Goldberg: Architect of Invention at the Art Institute of Chicago 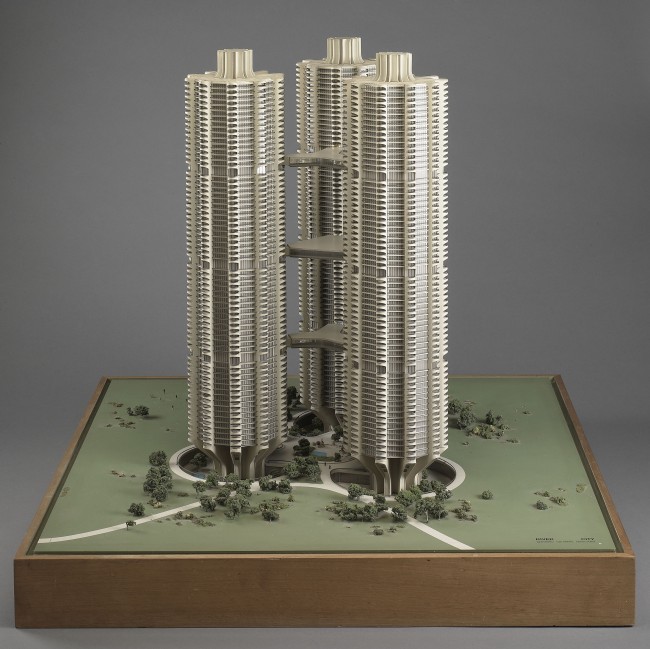 In a city known for its stoic skyscrapers, the playful forms of architect Bertrand Goldberg’s cylindrical towers read as a breath of fresh air even forty years after their initial construction.  Goldberg is celebrated with his first comprehensive retrospective at the Art Institute of Chicago as well as corollary exhibitions on the residents of his iconic Marina City towers and a more personal look at the architect’s art and artifacts at the Arts Club of Chicago.  This reappraisal of Goldberg’s architectural practice could not be timelier, as his Prentice Women’s Hospital (1974) has been seriously threatened this year by Northwestern University’s attempts to demolish it for its valuable Streeterville property.  The currently unprotected building is rumored to be on the agenda for an October 6 meeting of the Commission on Chicago Landmarks, making the stakes for the Art Institute’s exhibition seem unusually heightened in the architectural community.  Though the museum’s entrance into the arena of Chicago politics and preservation was unintentional, in “Architecture of Invention” Goldberg’s career and featured projects certainly act as synecdochic of larger questions about the contemporary legacy and uncertain future of modernist architecture. 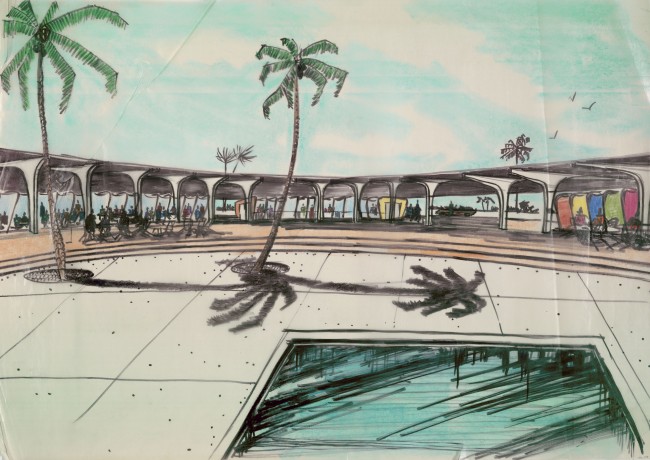 Goldberg (1913-1997) was a Chicago native, yet his time abroad at the Bauhaus introduced him to the social causes to which he remained committed throughout his career in the United States, where he forged imaginative structural and formal solutions to complex issues in housing and urban development.  He is best known for his futuristic modular mega-structures, in dialogue with the international work of the Commission on Chicago Landmarks and the British cooperative group Archigram.  Marina City, strikingly immortalized on the cover of Wilco’s 2002 album “Yankee Hotel Foxtrot,” originally included a movie theater, elementary school and bowling alley, forming a virtual “city within a city.” Co-organized by Architecture and Design department chair Zoë Ryan and curator Allison Fisher (in collaboration with former MCA chief curator Elizabeth Smith), “Bertrand Goldberg: Architecture of Invention” will draw from the museum’s Bertrand Goldberg collection and archives, the Harvard Art Museum and several private collections and will feature over one hundred architectural drawings, models and photographs, including several newly-fabricated models of Goldberg’s hospitals and housing projects.

The retrospective promises to develop an image of Goldberg beyond his iconic towers, however, tracing the roots of Goldberg’s inventiveness from his education at the Bauhus and early appointments with Chicago architects George and Fred Keck and Paul Schweiker to his own residential designs and prefabricated work including furniture, a Dymaxion-style car and even a mobile, mast-supported ice cream parlor. The museum’s companion exhibition “Inside Marina City,” conversely, draws out Goldberg’s legacy to the present day, subtly questioning Goldberg’s modernist housing ideology through a photo project by Iker Gil and Andreas E.G. Larsson that documents the contemporary vernacular use (and re-use) of Marina City’s unconventional pie-shaped units. 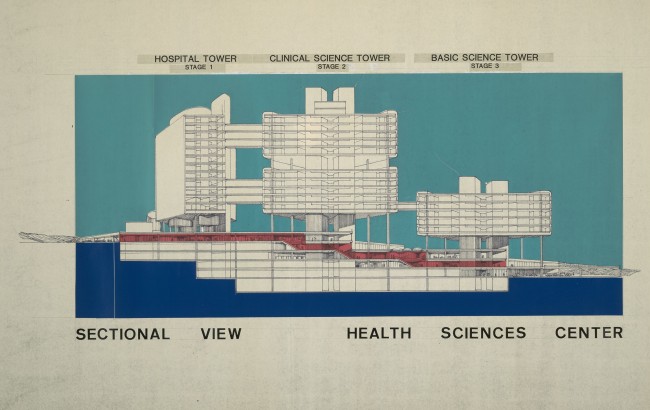 Across town at the Arts Club, Goldberg’s son—architect and University of Illinois-Chicago professor Geoff Goldberg—has organized “Bertrand Goldberg: Reflections” in an attempt to supplement the Art Institute’s praxis-based exhibition. “Reflections” will display personal artifacts of the architect, including selections from his art collection, comprised of works from friends and colleagues like teacher Josef Albers and his mother-in-law Lillian Florsheim; personal correspondence and photographs; further designs for unconventional furniture and jewelry; and WWII military commissions in an attempt to highlight the architect’s multidisciplinary practice and deep personal connection to his work.

Both the Arts Club and Art Institute’s ventures are noteworthy with regards to exhibition design as well, with John Vinci and John Ronan Architects, respectively, involved in the exhibitions’ layout and, in the Art Institute’s case, the construction of curvilinear walls within the Modern Wing galleries imitate Goldberg’s famous clover leaf motif.  The integration of period materials like mirrored doorways and a concrete title wall evoke his residential spaces and are the first exhibition build-out since the opening of the Modern Wing.  This tangible materiality echoes what Goldberg wrote in 1965 of his commitment to the people who inhabited his buildings, “their architecture must meet them and recognize them, not simply store them.”

Read Maura Luckings Q & A with Architect of Invention Curator Alison Fisher, Harold and Margot Schiff Assistant Curator of Architecture and Design at The Art Institute of Chicago.

Full disclosure: The writer interned with the Architecture + Design Department during the early organization of the retrospective. 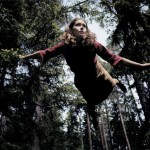 When a House is not a Home: Eija-Liisa Ahtila’s... 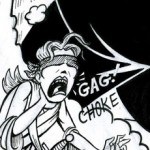