The Art of Summer

Ah, summer. School is out, produce is choice, and the warm sun allows for long days spent lounging next to the nearest body of water. Summer can also mean fruition and fulfillment, the sigh after a long winter and the tease of springtime. The mere mention of summer conjures images of lush flora, leisure scenarios, and lots of exposed flesh.

Chicago artist and SAIC alum Missy Weimer (BFA 2001) documented all 47 of Chicago’s public swimming pools during the summer of 2010 in a photo project aptly titled “Chicago City Pools.” Displayed at Wright Wright Gallery through June 17, the photos capture both the quiet moments in the locker-room to the varying ways light affects the surface of the water. In one photo, storm clouds hang over a swimmer in a dead man’s float, eerily suspended in the blue. Another photo shows a dirty black and white concrete belly of an empty pool.

Whether restful, nostalgic, or disturbing, Weimer’s photos remind us that summer can feel fleeting or endless. In the tradition of Weimer’s photos and to celebrate summer in Chicago, we’ve put together our favorite warmth and water-inspired images by artists ranging from the contemporary to the Renaissance, who each prove that summer is a mere feeling that can be recreated and enjoyed long after the sun goes down.

Executed in a summer palette of turquoises and pinks, Hockney’s paintings of midcentury architecture, static characters, and swimming pools are iconic for their portrayal of California cool in the 1960s and 1970s.

Appropriated from an ad for a hotel, an open-mouthed bathing beauty catches a beach ball, recalling surf flicks popular to the era. Is that summer fun or pain on her face?

There are countless nudes bathing in nature in art history, probably sweaty from the summer heat. Picasso did many, but these robust, mostly clothed ladies from his neoclassical period are two of his more dynamic and joyful figures.

Striking, simple portraits that are so compelling, you can almost smell the salt water and hear the waves.

This video installation is currently on display at the MCA’s exhibition, “Pandora’s Box: Joseph Cornell Unlocks the MCA Collection.” The piece submerges you in a psychedelic underwater environment with a soundtrack of the artist singing Chris Isaak’s “Wicked Game.”

Even in the Renaissance, it was understood that summer is delicious.

Eliasson used mist, mirrors and light for this sunny installation, bringing nature’s sublime into the museum. Not to dampen the laid back summer mood, but can we install this in Chicago come winter? 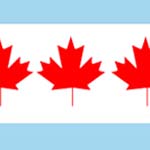 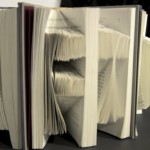