The fashion designer apologized after he made culturally insensitive choices on his Twitter page.

These days, corporations are doing whatever they can to make money from social media. Here’s what not to do:

By putting a hash tag (#) in front of Cairo, a trending topic at the time, Cole’s tweet was broadcasted to everyone following the Cairo topic, a large number because of the recent pubic opposition of President Mubarak. The protests, widely known for their innovative uses of social media as an organizational tool, caused the government to shut the internet down for the entire country, hurting Egypt’s people and their economy.

Meanwhile, Cole thought his personal economy was more important than the grassroots movement of a developing country. Cole has faced public outrage. To read into some viewpoints, check out the responses on Facebook following Cole’s apology:

“I apologize to everyone who was offended by my insensitive tweet about the situation in Egypt. I’ve dedicated my life to raising awareness about serious social issues, and in hindsight my attempt at humor regarding a nation liberating themselves against oppression was poorly timed and absolutely inappropriate.” 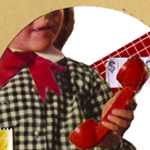