Groupon Fail of the Week

Groupon, the Chicago-based deal-of-the-day website that offers vouchers for reduced prices on local restaurants, stores, and entertainment, has been receiving nationwide criticism for its insensitive Super Bowl commercial that aired Sunday. In the commercial, Academy-Award winning actor Timothy Hutton takes us on a National Geographic-esque tour of majestic Tibet. “The people of Tibet are in trouble,” he says, in that concerned-citizen kind of tone that you often hear on commercials asking you to donate 5 cents a day to support a starving child in Kenya. “Their culture is in jeopardy,” he continues, as the camera pans out to show him being served a steaming bowl of fish curry. The tone of the commercial quickly shifts from sincere and educational to sitcom-y and salesperson-y, when Hutton ends the commercial by exclaiming, “And since 200 of us bought a Groupon.com, we’re each getting $30 worth of Tibetan food for just $15 at Himalayan Restaurant in Chicago. In actuality, the Himalayan Restaurant has two locations: one in Bloomingdale and one in Niles, not in Chicago. And while this restaurant may have an extraordinary fish-curry, (and is probably seeing a spike in customers since the nationally-aired Super Bowl commercial), the ad is also incredibly alarming and exploitative.

According to Forbes.com, this statement appeared on the Free Tibet website shortly after the commercial aired: “It could be argued that the advert has helped raise the profile of what is happening in Tibet, after all awareness is the first step to accountability. But it does put Tibetans and their suffering at the heart of the joke and when it’s used for commercial purposes, that is exploitative.” NBC Chicago has called the ad a “Super Bowl Fail,” citing that the London Telegraph said the ad made light of Tibet’s suffering, and the Chicago Tribune called the ad “tasteless.” NBC Chicago does point out that the ad is actually part of Groupon’s Save the Money campaign, “in which the company matches donations to select charities, including the Tibet Fund,” which one would never know just by watching the commercial.

In a blog post on Monday, Groupon CEO Andrew Mason defended the ad by trying to define what is offensive and why Groupon was simply making fun of themselves: “When we think about commercials that offend us, we think of those that glorify antisocial behavior – like the scores of Super Bowl ads that are built around the crass objectification of women. Unlike those ads, no one walks away from our commercials taking the causes we highlighted less seriously. Not a single person watched our ad and concluded that it’s cool to kill whales. In fact – and this is part of the reason we ran them – they have the opposite effect.”

He continues, with this self-mocking statement: “Our ads highlight the often trivial nature of stuff on Groupon when juxtaposed against bigger world issues, making fun of Groupon. Why make fun of ourselves? Because it’s different – ads are traditionally about shameless self promotion, and we’ve always strived to have a more honest and respectful conversation with our customers. We would never have run these ads if we thought they trivialized the causes – even if we didn’t take them as seriously as we do, what type of company would go out of their way to be so antagonistic?”

After I watch the commercial a few more times, I begin to understand the type of humor that Groupon was aiming for, especially after I learn that the commercial was directed by one of my favorite comedians: Christopher Guest, the creator of such mockumentaries of “Best in Show,” “A Mighty Wind,” and “Waiting for Guffman.” But even before the controversy of the Super Bowl ad, Groupon received some local media attention when the Chicago Reader ran an article on February 3rd about their questionable ethics when it comes to hiring writers. Reader journalist Christopher Flores sends in a writing sample to audition for a gig as a Groupon writer, in the hopes of joining the elite rank of talent that creates the text about the product, which is meant to read more like a narrative and less like an ad.

Flores’s writing sample got him through to the second round, which was an invitation to Groupon Academy, where he would train for the highly competitive and well-paid job, with no guarantee that he would actually get hired. His description of the Groupon Academy makes it sound like some sort of Hogwarts academy, where, instead of training young wizards, aspiring writers intensely train to pen their prose in the funny, trademark style of Groupon. The Atlantic Monthly also ran an article that claimed that Groupon’s recruits were each given a copy of Strunk and White’s The Elements of Style, which is probably to Groupon writers what a book of sorcery and spells is to Hogwarts trainees. Flores did not end up attending Groupon Academy, because of a compete clause within the agreement he was asked to sign. The clause stated that if he attended Groupon Academy, he could not work for any of Groupon’s worldwide competitors, in any capacity, for the next two years, regardless of whether or not he was actually hired by Groupon.

So even if Flores decided to move to Tibet 18 months from now and start writing for some small, weekly alternative newspaper that occasionally ran deals for local businesses, he would be in violation of the compete clause. The Reader article implies that Groupon is exploitative of even its potential employees, as well as of troubled countries like Tibet. But hey, Groupon still whips up an amazing deal of the day, and since I bought a Groupon.com, I’m getting $30 worth of margaritas at Cesar’s for just $15. And that’s enough margaritas to make me forget about this whole Groupon mess, and the fact that overwhelming numbers of talented writers are committing themselves to selling me great deals like this every single day. 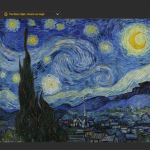 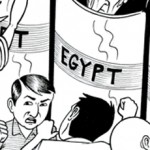 Always in the Mix