As the viewer reads this personal and inspiring letter written by a stranger to a stranger, her relationship to the artist and to the anonymous author becomes confused. 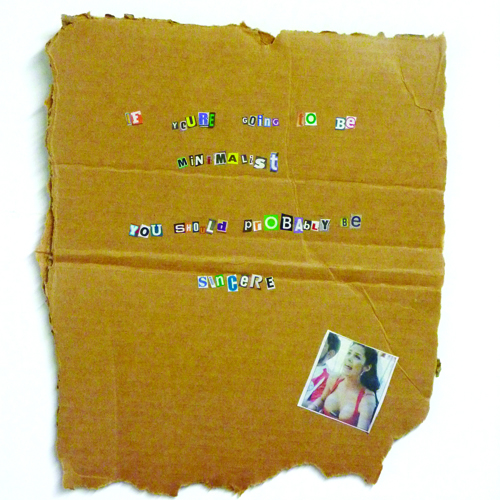 Erin Nixon (MA 2012) and Patrick Bobilin (MFA 2012), co-directors and curators of Noble and Superior Projects, are clear about their gallery’s intentions in the catalog that accompanies their latest show, “You are Looking at Art about Looking at Art.”

Nixon’s earnest opening essay states that the gallery is a utopian project seeking to avoid “mediated content” and enacting “resistance to passive participation.” Bobilin’s closing essay is a letter to the audience declaring his desire to make every last viewer feel comfortable while asking nothing in return.  And outside the pages of the catalogue, big names like Joseph Grigely, Eric Fleischauer, Jason Lazarus, and “Anonymous” attempt to bridge the distance between the viewers, the art, and the gallery space with their exhibited works.

Jason Lazarus’ piece, “Untitled,” is a large-scale digital photo of an open book. The book, the viewer learns from the jacket flap, is “The Family of Man,” based on the legendary photography exhibit at MOMA in 1955 that hasn’t been out of print since then. The flap explains that the exhibit was meant to “explain man to man.” Like the photographed book, “YALAAALA” is explaining the viewer to the viewer — and this particular book, the said viewer may surmise, is an artifact of our collective memory.

In Lazarus’ photograph, that collective memory becomes layered and tangled with a long note written on the opposite page from the flap. Dated Christmas 1987, it is signed from Leslie to Chris. Opening with a quote from Macbeth (“Out, out, brief candle”), the letter is a profound musing on life, death, war, and compassion. It ends with, “May this book help you too to celebrate our brief hour upon the stage and remind you and your friends that we must always to try to link our hands together in peace, to protect this wonderful planet, and its miraculous people.”

As the viewer reads this personal and inspiring letter written by a stranger, to a stranger, her relationship to the artist and to the anonymous author becomes confused. Like the exhibition title, the piece speaks directly to the viewer. The multi-leveled human connections suddenly feel staggering. While staring at a book most people, at one time or another, have picked up, the viewer is witne 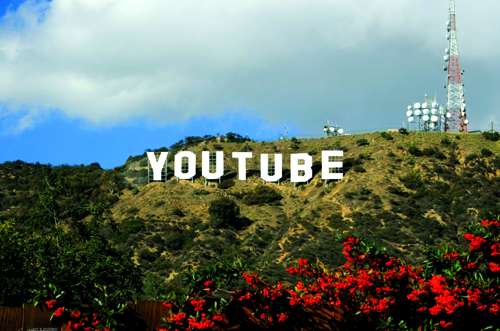 ssing a moment between not just Leslie and Chris, but also between lovers of Shakespeare, and all the people in the photographs or that took the pictures within that book, and the author of the book, and Jason Lazarus, and the curators of the show you’re at and of the show that took place in 1955 … and even the mix of strangers and friends that are in the gallery. Suddenly, there is a tug of some imaginary string linking the viewer to people in the room, in the city, in the world, and across time.

Self-reflexivity finds its way into practically every piece in this show. Eric Fleischauer’s “Tape Delay” consists of strips of slightly glossy videotape in a stately gold frame. The tape acts as a muddy mirror that reflects the viewer’s image back to herself in an unrecognizable form. The inside flap of “The Family of Man” says the book was meant to be a “a mirror of the essential oneness of mankind throughout the world” — but whereas Lazarus’ “Untitled” introduced us to strangers, Fleischauer’s “mirror” makes the viewer a stranger to herself through the increasingly obsolete material of video tape.

Fleischauer’s consideration of technology and the digital age is also apparent in his “Universal Paramount.” This digital print hangs on the opposite wall from Lazarus’ “Untitled,” and depicts the Hollywood Hills sign replaced with the words You Tube. Standing with this photo on the left and the Lazarus photo on the right, the viewer is literally between two eras, between public and private communication, and witness to the myriad ways in which people connect.

A video projection of a list of “impossible art projects” by Lazarus, a collection of old exhibition fliers thumb-tacked to a corkboard by Grigely, and ransom-note-style comments on artistic practice by Anonymous complete the show. Nixon and Bobilin’s beliefs and vision for the gallery are smartly communicated through the dialogue raised by the juxtaposition of these works.

Both the exhibition and the gallery are thus successful in creating the meaningful inclusion and open dialogue that, as Nixon writes in the catalog, helps to “mobilize a community of creators and participants in the spirit of solidarity.”

Arts & Culture, Uncategorized You are Reading an Article About Art
« Previous Story 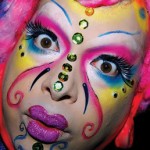 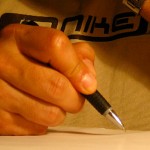