Designer Andrea Marks speaks about a variety of topics, including her recent documentary on Polish poster art.

“It’s stories that bring us together,” said designer Andrea Marks from the front of MacLean Center’s 1307 screening room, beginning her presentation on Exploratory Languages held this past Friday, December 3rd. Aside from fostering the sense of community and personal interest necessary to capture the attention of a large audience, her words did a formidable job of setting the evening’s tone. Despite the fact that she is an accomplished designer and artist in her own right — Marks is the recipient of a NEA Design Arts Grant, and author of the book “Writing for Visual Thinkers” — she wasn’t interested in taking her artistic process apart or touting her credentials to the SAIC community. Rather, the bulk of the evening was spent screening “Freedom on the Fence,” a documentary Marks directed about the rise and fall of Polish poster art.

Marks’s interest in poster art began during her undergraduate years at the University of the Arts in Portland, Oregon, but it wasn’t until she began her post-graduate work at the Basel School of Design in Switzerland that she learned anything about the unique history of the Polish poster. Despite being treasured as contemporary collector’s items and considered immensely influential in the world of poster art in general, the market for the Polish poster has dried up. Polish poster art was born and thrived during the Communist era, when strict censorship standards allowed Polish artists the liberty to take metaphorical, abstract, and stylized approaches to advertising films such as “Sunset Boulevard” and “Citizen Kane.” Under such circumstances, the artist’s individual style became just as important as the content of the poster itself. Furthermore, it gave the artist a public platform to subversively critique the dominant regime. But paradoxically, once communism fell and Poland was re-introduced to the free market, the emergence of major advertising agencies meant that such opportunities for individual and public artistic expression were greatly diminished.

This was a contradiction that fascinated Marks, and she claims that she immediately knew this was a story that needed to be told in film, despite the fact that it was not her medium. “Freedom on the Fence” took her ten years to make, but she has no regrets. She believes that the beauty and the simplicity of Polish poster art will be compelling to all generations of artists, especially in an era where computerization ensures that the artistic process is getting ever more complicated. 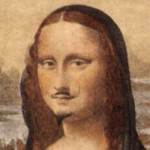