If anything, the tropes of Orientalism are subtly reproduced in the meager didactic materials, which give virtually no context for the art itself.

Jitish Kallat’s striking installation in the grand stairway of the Art Institute features the words of Swami Vivekananda, who gave a stirring speech in Fullerton Hall during the Columbian World Exhibition that called for peace and cross-cultural tolerance. “Arthur Pope and a New Survey of Persian Art,” which was on view in the museum from July 17 – September 16, was ostensibly inspired by a similar source, though it achieved a far less satisfying result.

The exhibition featured a small assortment of objects and images inspired by the collection of Arthur Pope, a prominent scholar on Persian art in the first half of the twentieth century and former Art Institute Curator of “Mohammedan” Art (as the Islamic arts were called during the period). Pope and other Chicago area collectors began to covet objects from the Islamic world after the Columbian World Exhibition of 1893 inspired a fashion for the exotic Orient, and their scholarly and collecting activities formed the cornerstone of the Art Institute’s collection. Confusingly, the objects weren’t actually from Pope’s collection, but from a later period which he had neglected, hence the “new” in the exhibition title.

The museum organized the Pope survey to commemorate the opening of the recently remodeled and reconfigured gallery of arts of the Islamic world. These three events in tandem (the Pope exhibition, the opening of the new Islamic arts gallery, and the Jitish Kallat exhibition) suggest a most timely, politically solvent message: a reevaluation of curatorially marginalized collections and a newfound willingness to welcome non-Western arts into the institutional canon (particularly if those non-Western cultures happen to be at the center of major current events and media debates). But does the museum’s execution live up to this lofty, politically correct goal?

In the past few years, encyclopedic museums across the world have been opening new galleries, or even entire wings, dedicated to arts of the Islamic world, a media-savvy strategy to attract new visitors to see exoticized cultural products from the Axis of Evil. The Detroit Institute of Arts opened a new gallery of Islamic Art in February, with collections spanning from the 7th to early 20th centuries; the Metropolitan Museum of Art in New York City has been refurbishing its Islamic arts galleries since 2001 and is slated to open an entirely new section devoted to the subject in 2011; and the Louvre has been working on a brand new gallery for its 2,000-plus object collection since 2008, with an anticipated opening date of 2012.

Clearly, this is a trend the Art Institute felt it couldn’t afford to buck. The problem is, Chicago’s collection is nowhere near as significant as the examples mentioned above, and it shows in the museum’s shy, almost cringing curatorial strategies. While the Kallat installation expertly makes its mark, the Pope exhibition and refurbished Islamic Arts section are unabashed failures.

Take the celebratory “Pope” exhibition, for instance. The show was situated in the special temporary exhibitions hall, next to “Henri Cartier-Bresson” and, towards the end of its run, “Ballplayers, Gods, and Rainmaker Kings: Masterpieces from Ancient Mexico.” While these two shows were clearly identifiable with huge, colorful banners, the Pope exhibition was quietly indicated by a modest signboard. When this reviewer had difficulty finding the gallery, three different museum employees were unsure of where, or even what, the exhibition was.

“Pope” was installed in one room that was painted a rich marine blue, a rather overwhelming nod to the famous and intensely vibrant blues in traditional Persian glazed tiles and ceramics. In the very basics of the installation, then, the somewhat random collection of objects was reduced to its best known dominator. And the hanging began on a strange note: it opened with a photograph from 1984 by American photographer Jay Maisel entitled “Bird in Iran,” which summed up the usual visual stereotypes of Persian (or, more generally, Islamic) art: a delicate bird (as in, the bird of paradise) awash in the color blue. The rest of the objects on display included your usual suspects: a window grill, sheets from calligraphic exercises (a problematic choice, and one that is often made in these situations; if these sheets were never meant to be shown, why not exhibit the finished product?), two delicate glass bottles, tile, and a tapestry. Oh, and two books by the collector/patron himself: “A Survey of Persian Art” and “An Introduction to Persian Art.”

The inclusion of these two volumes, as well as the didactic wall text describing Pope’s biography and collecting activities, made the show far more about the man than the art. Which, with the right angle and a fair amount of criticality, could have been intensely interesting — but the curators didn’t go there. The orientalism (the fashionable plundering, othering, and commodification of “Oriental” cultures) implicit in Pope’s project, and his problematically paternalistic scholarship … none of this is intimated. If anything, the tropes of Orientalism are subtly reproduced in the meager didactic materials, which give virtually no context for the art itself.

Similar problems are afoot in the Islamic gallery itself, which consists of half of a hallway that seamlessly transitions into a gallery of Indian art. The collection on view is meager, and once again, features the usual suspects: 12th century Iranian glazeware and copperware, mashrabeya work, Turkish ceramics and dishes, and assorted pages of quotations from the Qu’ran and calligraphic exercises (mostly originating from India). The collection is severely limited, with few countries and few time periods represented, and it raises the major curatorial questions that have to be asked whenever the category of “Islamic Arts” is applied. What are the political and social implications of this ethnographic focus? Can the artifacts and artworks of such disparate cultural traditions and time periods legitimately (or at least, productively) be displayed together? What would a more critically solvent model look like?

The Art Institute would have done well to consider these questions instead of making a false start in the museological race for political relevance. 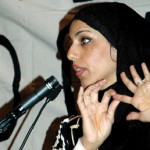 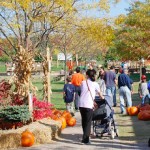