“San Diego was a place where things seemed to be serene, where there’s the ocean and surface and palm trees, and clean beaches, and some sort of a horror slowly creeps up with you in this kind of environment. That’s what I found fascinating.”

F sits down with the legendary director to discuss
“My Son, My Son, What Have Ye Done”

Listen to this interview. 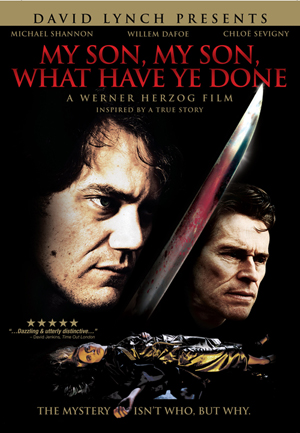 After murdering his mother with an antique sword, Brad McCullom (played by actor Michael Shannon) evades the police in his house, claiming that he’s holding two hostages. Detective Havenhurst (Willem Dafoe) and Brad’s fiancé Ingrid (Chloe Sevigny) meet outside of the house as the situation escalates. “I don’t mean to alarm you, Miss Goodmanson, but it’s all a little strange,” Havenhurst tells Ingrid. “You see, he’s claiming his name is Farook. He shouts about God. He tosses oatmeal at us. It’s all a little confusing.”

Directed by Werner Herzog and produced by David Lynch, “My Son, My Son, What Have Ye Done” is a chilling story about one man’s descent into madness. It has played in select cities throughout the world and will be available on DVD this month.

Brandon Kosters: What inspired the story and how did you begin working with David Lynch?

Werner Herzog: Well, I didn’t start working with David Lynch, but with Herbert Golder, who is the co-writer of the screenplay. He is a great scholar of ancient Greek tragedies who was always fascinated by stagings. He came across a case in San Diego during the staging of the Oresteia where the leading character, who actually has to murder his own mother, became more erratic and strange, and ended up murdering his own mother.

It’s all based on a real case, and he was put away into a maximum security detention for the criminally insane. There were incredible details about the court procedures and the investigation into the case.

So Herb Golder was my assistant director for many films. He struggled with the screenplay, and since he got nowhere, I said, “Let’s do it together. I think I have quick ways to do it.” So we wrote the screenplay together and then it fell dormant. We couldn’t get the finances for it.

Twelve or so years later, I was with David Lynch. We meet each other sporadically, and really respect each other’s work. We sat together and discussed the situation of cinema in general, about exploding budgets and the difficulties of marketing films and all this … I mentioned we should go back into a position where we have great stories — great, great movie stories, and the best of, best of actors and small budgets. He totally became very enthusiastic and said, “Do you have a project?” I said, “Yes!” and he said, “When can you start?” I said, “Tomorrow.” He pushed the whole thing, and Eric Basset, who is the producer of the film and who had worked with David Lynch for 10 years, felt this very strong impulse, and that’s how the film was all of a sudden pushed into existence. But David did not really collaborate in the way I would collaborate, for example, on the screenplay with Herbert Golder. It was more like giving it an enthusiastic push. He only saw the finished film after that.

BK: It seemed to me that there were traces of Lynch’s influence in the film.

WH: There is a very clear homage to David Lynch in casting. Grace Zabriskie. She is one of the quintessential “Lynchian” figures. And of course, Grace is absolutely perfect in the role of the mother of the murderer. She’s very much a “Lynchian” creature. I wanted to point out that we love each other for casting. For example, he worked with Nicolas Cage and I worked with Nicolas Cage, not because we are looking over each other’s shoulder, but because both of us have recognized that Nicolas Cage is such a phenomenal talent.

BK: And that’s why you chose to shoot there? 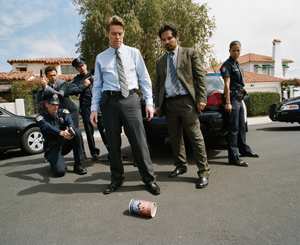 WH: Yes, but I would say whether it’s San Diego or Boise, Idaho … doesn’t make that much difference. It was a place where things seemed to be serene, where there’s the ocean and surface and palm trees, and clean beaches, and some sort of a horror slowly creeps up with you in this kind of environment. That’s what I found fascinating … as if this case had naturally belonged to San Diego.

WH: I think that there’s more narrative precision in it than in any of my other films. For example, the way one dialogue blends into the next half-sentence of dialogue, and this next half-sentence, and an unfinished sentence is completed in a flashback. This needs a very high precision of directing … so you don’t even notice that this is a flashback.

BK: What does it mean to you to shoot digitally? What are the advantages? The limitations?

WH: Shooting digitally has only one advantage: it costs less. I’m still a fan of celluloid, and I think celluloid has more depth and higher quality still than digital filming. I’m not nostalgic about celluloid, but I see that it has great advantages.

BK: When is the film going to be released in the states?

WH: It has been shown. If you’re calling from Chicago, I think it was shown in Chicago in theaters. It was shown in a couple of cities around the country, and it will be released on DVD on September 14th.

WH: It’s almost complete. It will be shown in Toronto at the festival. Hopefully (laughs). What can I say? I’ve always had a strong affinity to cave paintings. It was actually my very first intellectual fascination independent of my family or independent of school. A fascination that I developed myself when I was 12 or 13 years, and it has never left me completely.

I was very glad that I was allowed to shoot in this cave which is sealed off categorically. I shot it in 3-D which was a very wise decision. It was really wonderful to see it in 3-D, although I have been a skeptic of 3-D and I’m still a skeptic of 3-D. In very special cases, like in this case, I think it’s the best of all decisions. And you have to see it when it’s finished. 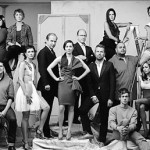 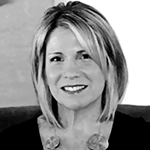